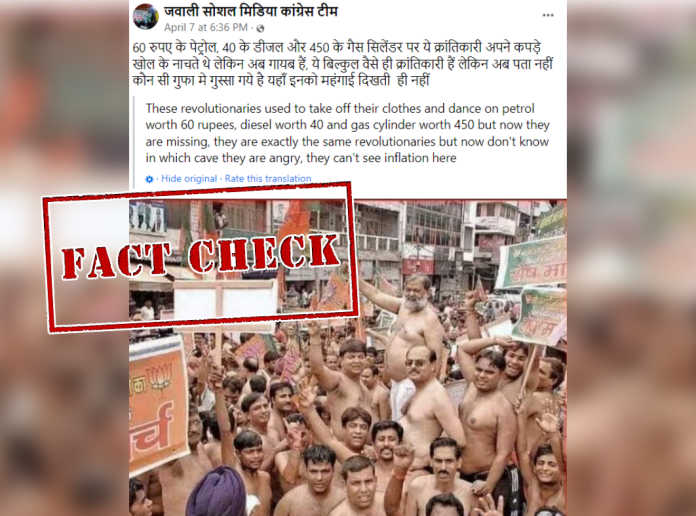 A photograph of a crowd of shirtless men on a street holding BJP flags is being widely shared on social media. It is being claimed that though BJP supporters protested on the streets when the price of petrol during the Congress government was Rs 60 per litre, diesel was Rs 40 per litre and the price of each gas cylinder was Rs 450, but now they cannot see inflation.

(English translation: These revolutionaries used to take off their clothes and dance on petrol worth 60 rupees, diesel worth 40 and gas cylinder worth 450 but now they are missing, they are exactly the same revolutionaries but now don’t know in which cave they are angry, they can’t see inflation here) 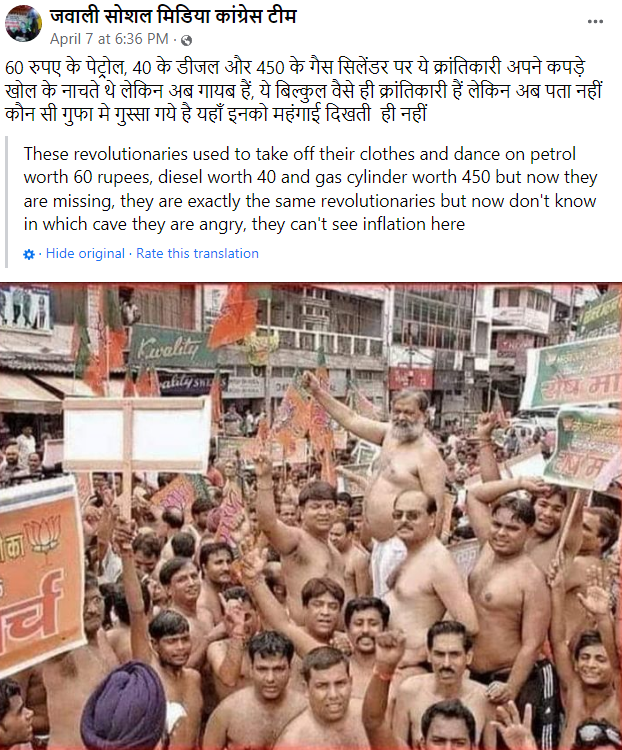 A simple Reverse Image directed us to a news report published on August 7, 2015, that carried the same image. According to the information in the report, Smriti Irani had described the protest by Congress as objectionable. In response, Congress leader Raja Amarinder Brar, showing picture of Anil Vij’s protest march, said that BJP should not forget its protest. 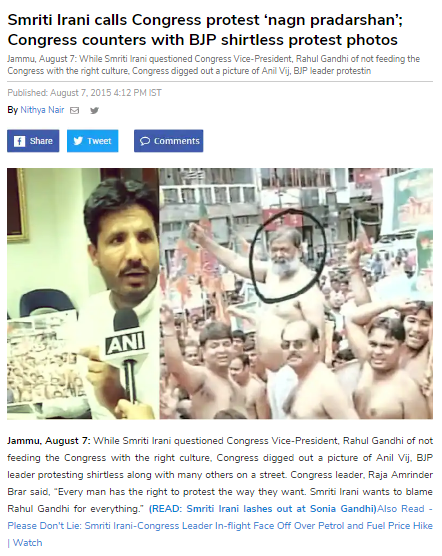 Searching further, we found another news report published by the Dainik Tribune on September 22, 2013, which carried the same viral image. According to the report, BJP workers under the leadership of Anil Vij took out a march from the main markets of Ambala Cantonment half-naked. This demonstration was done against the partisan attitude of development works in Ambala Cantonment. 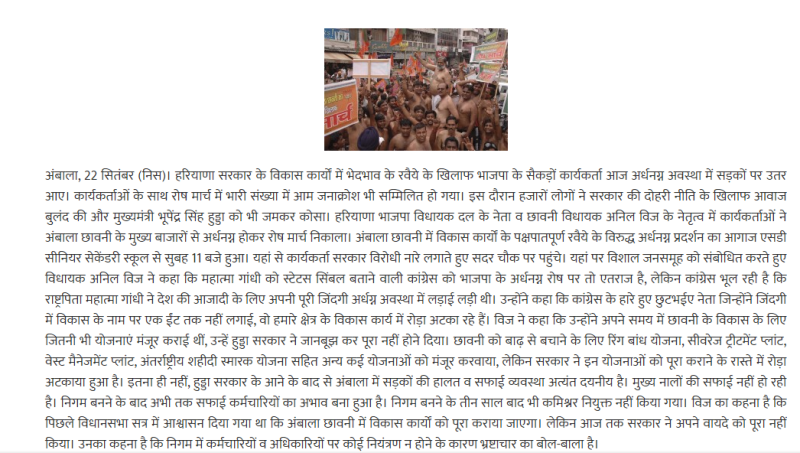 Thus, it is evident from the above information that a 9-year-old image of a protest in Ambala, Haryana is being falsely revived with misleading claims.