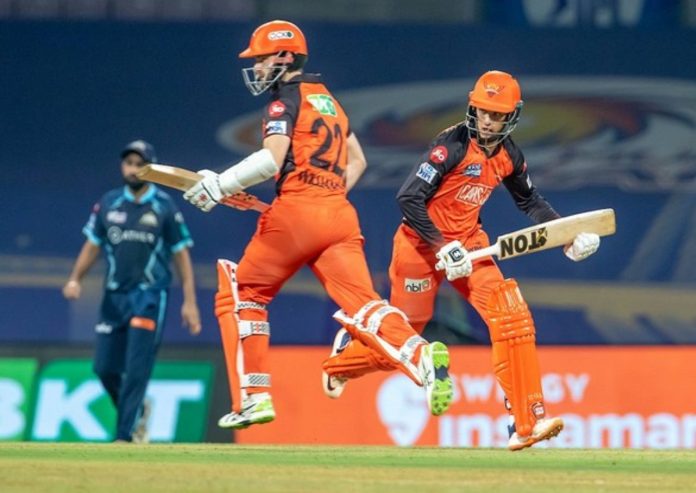 Skipper Williamson smashed 57 while other SRH opener Abhishek Sharma played a quick knock of 42 to chase the target of 163 with five balls left in the match. After winning their first three matches of the Indian Premier League, this is Gujarat’s first loss in the tournament.

Chasing 163, Sunrisers enjoyed a steady start as their openers Abhishek Sharma and Kane Williamson gathered 42 runs without loss of any wickets inside the first six overs. The final over of the powerplay yielded great dividends for the men in orange as Abhishek smashed 17 runs off Lockie Ferguson who was playing his 100th T20 match.

With run-rate piling, Kane Williamson took matters into his own hands as he smashed back-to-back sixes off Hardik Pandya in the 13th over. In the next over, Rahul Tripathi got retired hurt after he smashed Rahul Tewatia off a six on the very first ball.

Nicholas Pooran then joined his skipper on the crease and the duo started to clock runs on board. In the 16th over, Williamson brought up his composed fifty before getting out on the first delivery of the next over. At the time of Williamson’s departure, SRH needed 34 runs off 24 balls.

Aiden Markram and Pooran then made sure that SRH face no further hiccups in their march as they chased the target comfortably.