Fact Check: This Video Of Helicopter Showering Flowers Is NOT Of Ram Navami Celebrations In Rajasthan | Newsmobile
Monday, December 5, 2022

Home NM FACT CHECKER Fact Check: This Video Of Helicopter Showering Flowers Is NOT Of Ram... 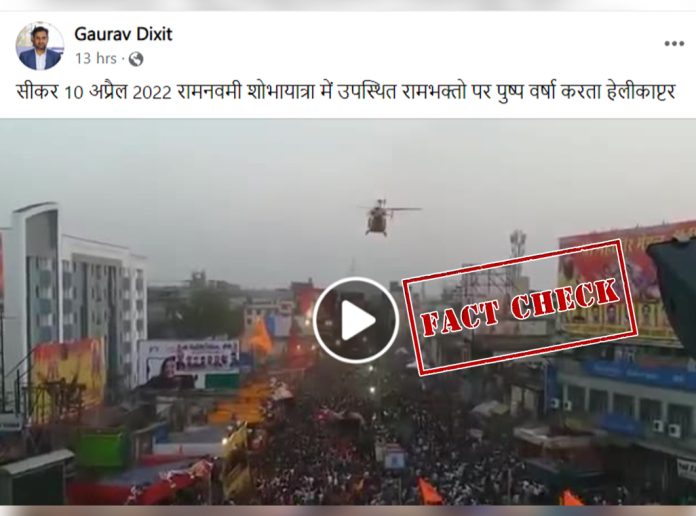 A video of a chopper showering flowers on people on social media with a claim that the video was taken in Rajasthan’s Sikar during Ram Navami celebrations. 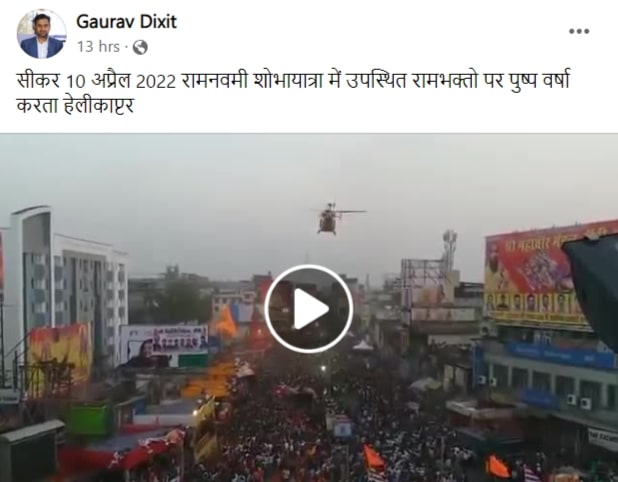 On doing a Google Reverse Image Search with one of the screenshots of the viral video, we found that the same video was uploaded by a YouTube channel, Hindu Bajrang Dal on April 2, 2022. The video is being shared with a title that reads, “Ramnavami Hindu Dal | Ranchi Jharkhand.” We also found that one of the billboards also mentions, Shri Mahaveer Mandal, Ranchi. 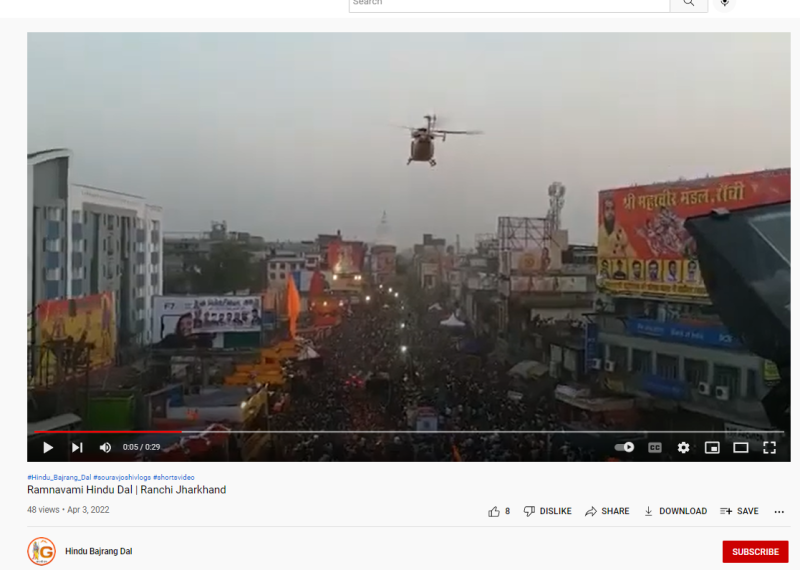 Taking a hint, we found the same video was also uploaded by another YouTube channel on March 25, 2018, with a geotag that says that the video is from Fariyalal Chowk, Ranchi, Jharkhand. 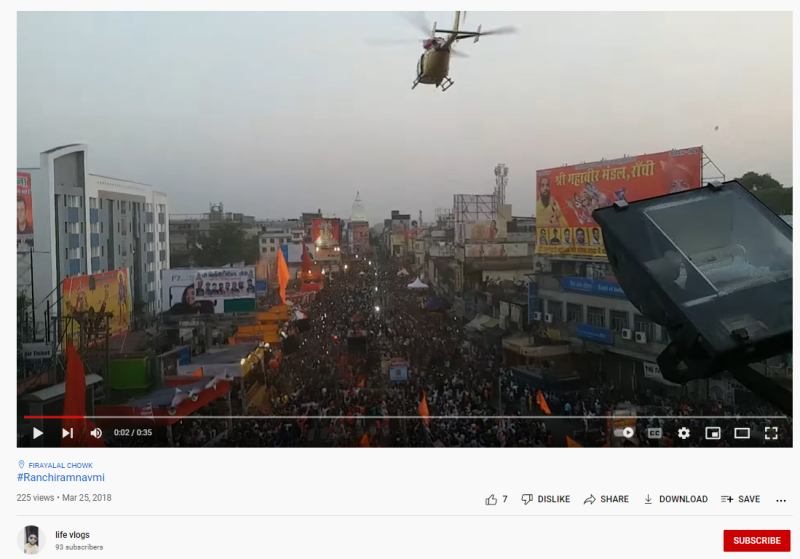 Another Facebook page had also uploaded a video of a helicopter showering flowers during the Ram Navami procession in Ranchi. The video was shared on March 26, 2018.

We further found that many other YouTube channels had shared the video of a helicopter showering flowers in Ranchi during Ram Navami in 2018. Similar YouTube posts can be seen here and here.

We also found that a Twitter user had uploaded images of the celebration of Ram Navami at Fariyalal chowk, Ranchi. We compared the image with a screenshot of the viral video and found the same buildings present in both images. 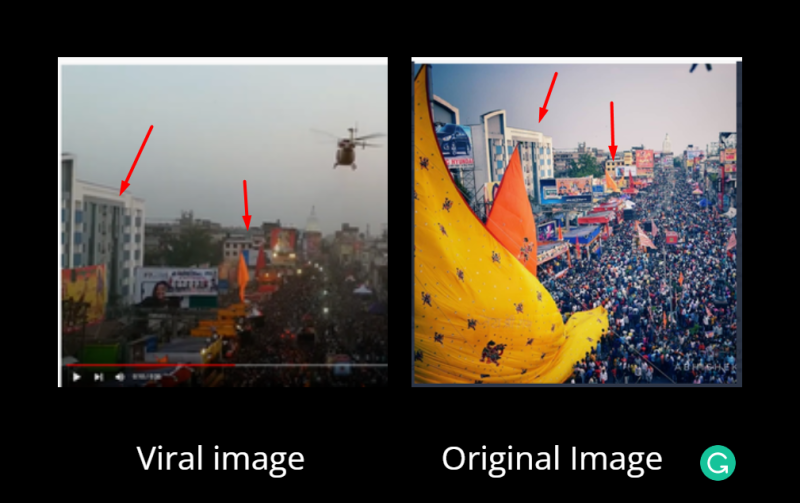 Earlier, the same was debunked by NewsMobile when it was shared as that from Uttar Pradesh.

Hence, we can ascertain that the viral video is an old one from Ranchi and not from Rajasthan.