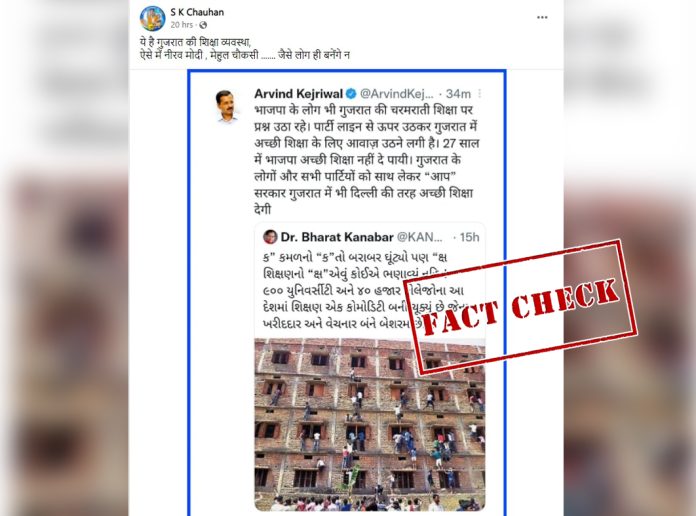 A screenshot of a tweet by Delhi Chief Minister Arvind Kejriwal is being circulated online. In the tweet, Kejriwal has quoted another tweet with an image showing people peeping through multiple windows in a building. As per the tweet, the image showed mass scale cheating in an examination in Gujarat.

(English: This is the education system of Gujarat, in such a situation only people like Nirav Modi, Mehul Choksi…will be made.) 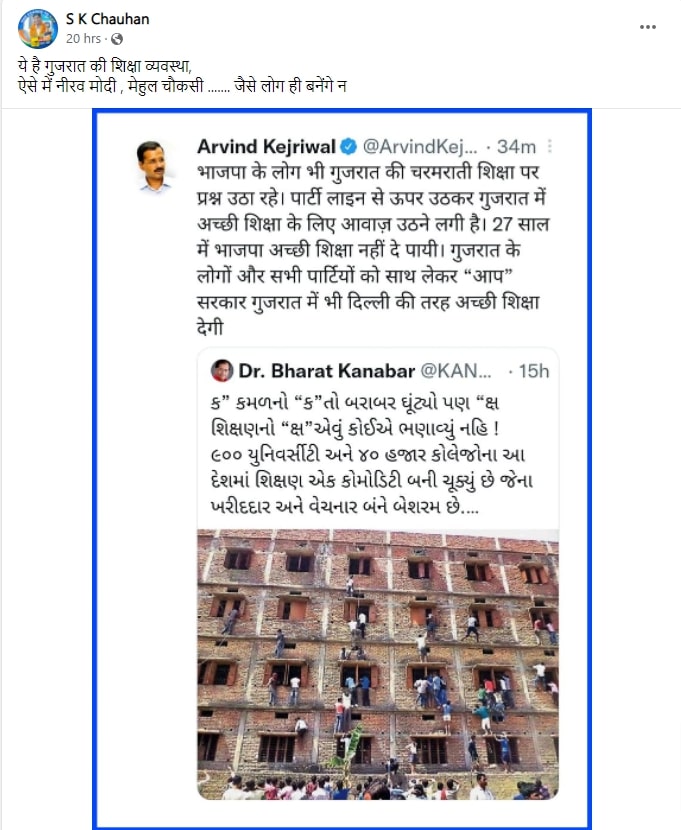 NewsMobile fact-checked the post and found that the image of students cheating in the examination is not from Gujarat.

We cropped the picture from the screengrab of the tweet and ran it through Reverse Image Search. The search led us to an article by CNN published in March 2015, featuring the same image.

“Bihar cheating scandal: What parents in India will do for good grades,” the headline of the report read. 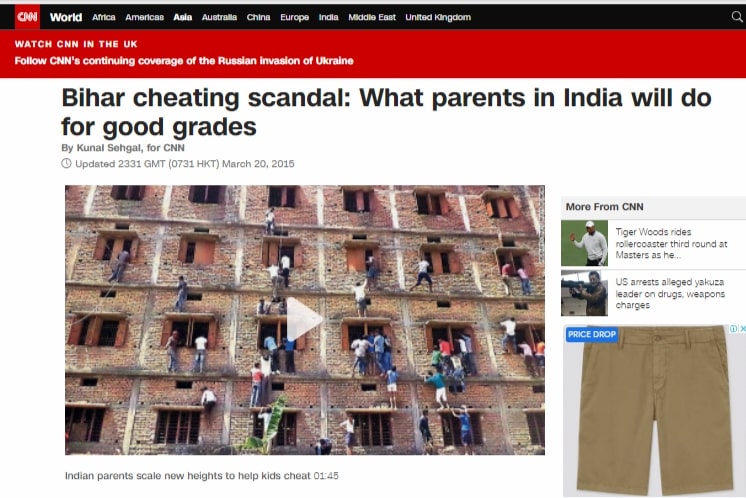 The Washington Post also shared the video of the same incident in a report published on March 20, 2015. The description read, “Scores of friends and family were caught helping Indian students cheat on state exams, which are seen as make-or-break tests that could transform the lives of millions growing up in poverty.”

The same image was also present in a report by Cosmopolitan and CBC News published in 2015. According to NBC News, 600 students were expelled for cheating. The report also mentioned that the students were taking their 10th-grade school finals in Bihar.

Hence, from the above information, it is clear that the viral image dates back to 2015 and is from Bihar and not related to Gujarat as claimed in the post.