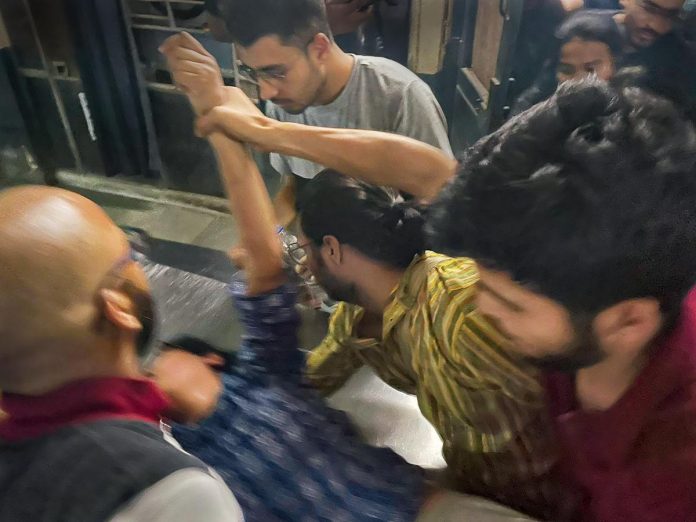 New Delhi: Amid the clash between two student groups on Ram Navami over an alleged non-veg food issue on the Jawaharlal Nehru University campus, a case was registered against students of Akhil Bharatiya Vidyarthi Parishad (ABVP).

Reportedly, several injured students were shifted to the nearby hospital.

The clash broke out between JNUSU and ABVP after some ABVP members allegedly tried to stop non-vegetarian food from being cooked. ABVP students claim that JNUSU and NSUI students tried to disrupt Ram Navami pooja.

The police said that “ Further investigation is on to collect factual/scientific evidence and identify the culprits.” The police official further added that ABVP students have intimated that they will be filing their complaint on Monday, after which “necessary appropriate legal action will be taken”.

DCP South west Manoj C in a statement said that “Presently the situation is peaceful and both parties are protesting peacefully.”

Sarika, a student from JNU and former vice president of JNUSU, in a statement to ANI said that “In the afternoon a message went viral on social media that ABVP members are not allowing non-vegetarian food inside the campus. The mess usually prepares non-veg food items on weekends. However, ABVP members did not let this food be prepared.”

This led to the clash between the two groups. She also added that a lot of students did not get food on time as the food was not prepared in adequate quantity.

Meanwhile, the ABVP also accused the National Students Union of India (NSUI) and Left-backed students of preventing them from worshipping on Ram Navami.