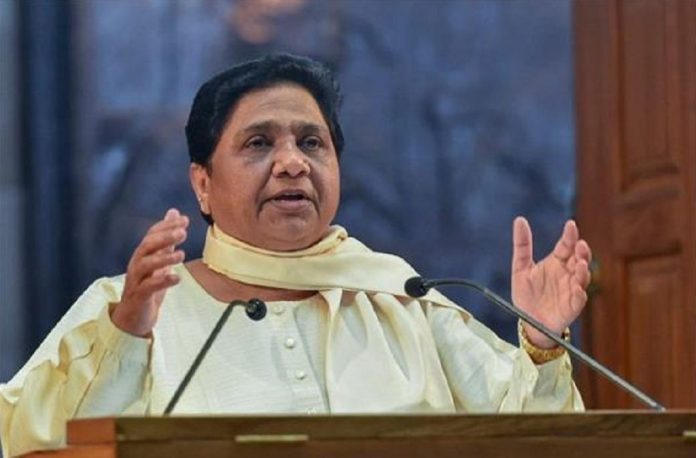 Lucknow: Bahujan Samaj Party chief Mayawati on Sunday refuted the charges made by Congress leader Rahul Gandhi. She said that his claims about offering to form an alliance during the Uttar Pradesh elections are fallacious.

The BSP chief in the press conference said, “Rahul Gandhi’s allegations that BSP is afraid of BJP and that we were asked about the alliance and offered the Chief Minister post to me, to which I did not respond is outrightly fallacious.”

She further added that “ Congress leader Rahul Gandhi’s comments show his inferior feelings and malevolence towards the Dalits and the BSP.” She also added that “Congress cannot mend its own ways but is intruding into our matters. They should think 100 times before commenting.”

She also said that “We are not a party where a leader like Rahul Gandhi forcefully hugs the Prime Minister in the parliament.” ,

BSP chief Mayawati also commented on BJP and RSS. In her remark, she said that RSS is making India not just ‘Congress-mukt’ but also ‘opposition-mukt’ where India will be left with just one dominant party from national to village level just like that of China’s political system.