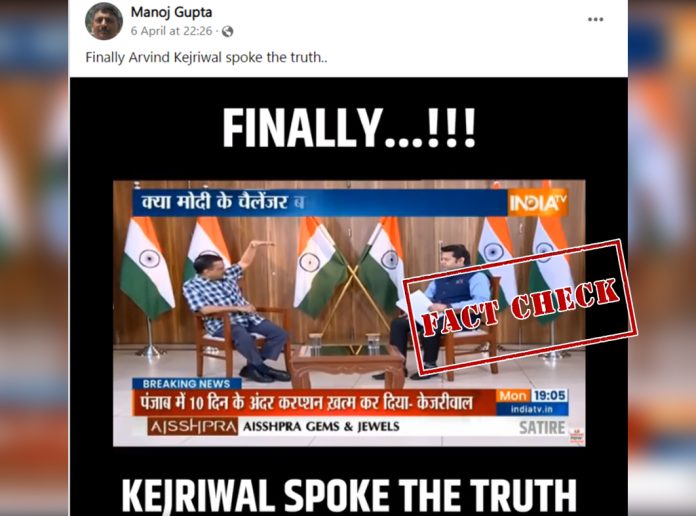 A video of Delhi Chief Miniter Arvind Kejriwal is being circulated on social media where he can be heard saying how he and his Punjab counterpart Bhagwant Mann and AAP MLAs all take corruption money.

The clip is being shared with the caption, “Finally Kejriwal spoke the truth.” 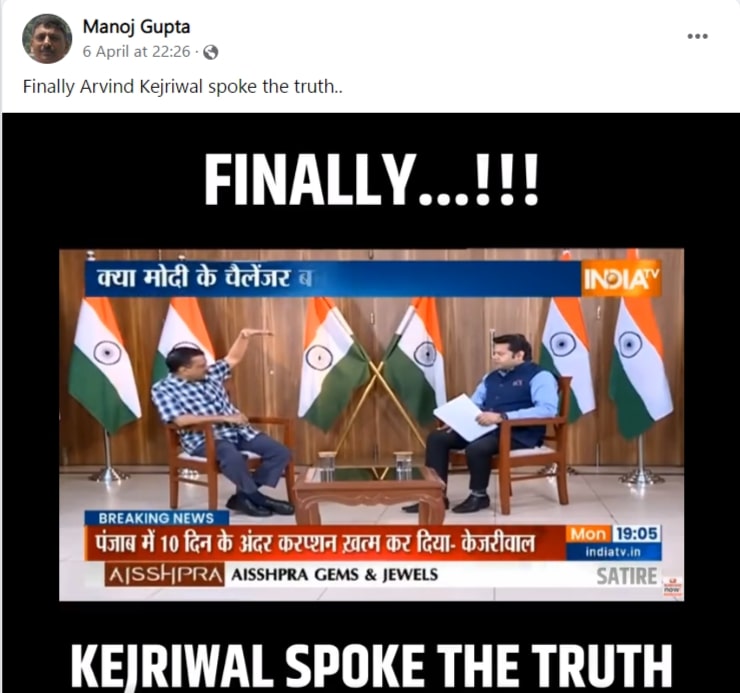 In the video he is saying, “Our Bhagwant Mann takes money, I take money, and the ministers and MLA also take money. Now in Punjab, there was a meeting with tehsildars – they have asked to collect money at the bottom and take it to the top.”

NewsMobile fact-checked the video and found it to be edited.

Since the clip has the logo of India TV, we scanned their YouTube channel for the original video. We found that the interview was streamed live on April 4, 2022.

In the video, Kejriwal can be heard saying that they have finished the corruption in Punjab just within 10 days of coming to power.

The viral clip can be heard at 6:49 min of the original video. In the original video, he says, “Earlier, the money (corruption money) used to reach the Prime Minister. Thus, the system was such that if someone needs to facilitate something at the bottom, they were allowed to take money. So all the money – from different departments, from police, from tehsildar – all the corruption money used to reach the top. Now our Bhagwant Mann doesn’t take money, I don’t take money, and the ministers and MLA also don’t take any money. Now in Punjab, there was a meeting with tehsildars – they have asked not to collect any money at the bottom and there is no need to take it to top.”

The video was also streamed live on April 4, 2022, on the official YouTube channel of the Aam Aadmi Party.

From the above information, it is clear that the viral video was doctored to make it seem like Kejriwal is saying that he and his party members take corruption money. Hence, we can say that the viral post is edited and false.