Fact Check: This Viral Image Of Change In Road Layout To Save A Tree Is Fake | Newsmobile
Thursday, October 6, 2022

Home NM FACT CHECKER Fact Check: This Viral Image Of Change In Road Layout To Save... 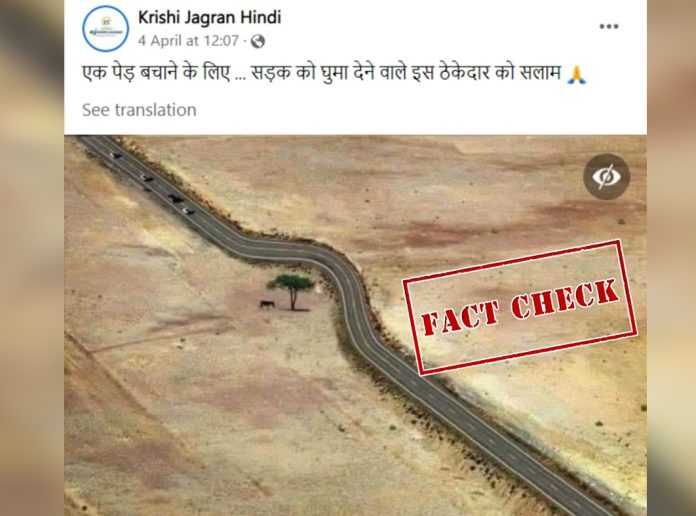 A picture of a road built layout around a single tree so as to protect it is going viral on social media.

(Original: A tree to save … Salute to this contractor who turned the road) 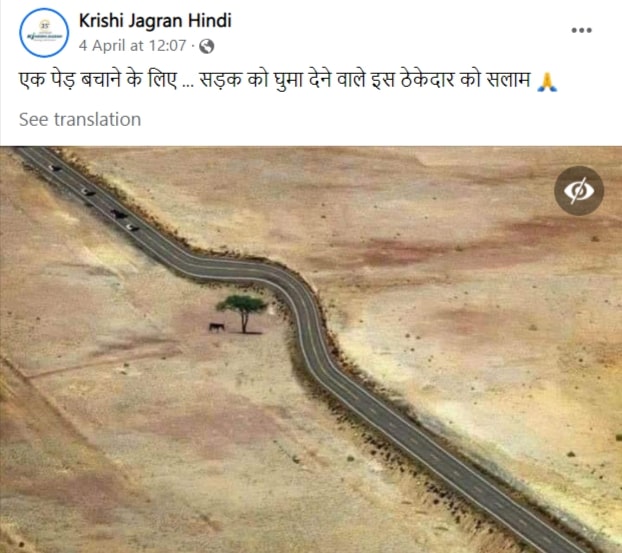 NewsMobile fact-checked the post and found that the image is edited.

While looking for a similar post, we found that the same image was shared by IAS officer Awanish Sharan on Twitter. Replying to his tweet, many users pointed out how the image is fake.

“It looks fake to me. The shadow of the cars does not match the shadow of the tree. The horse/donkey has no shadow,” one user wrote. While the other shared a picture comparing all the spots that look exactly the same, indicating that it was edited.

On searching further, we also found a discussion thread about the same image on the Stack Exchange posted in 2020.

In the thread, a user pointed out that ‘the image was created by Jeski Social Campaign, an ad agency founded by the Korean advertiser Jeseok Yi, to promote the now-defunct website RainforestWeb.org (archived) which was operated by the Rainforest Action Network from 2001 to 2009.’ 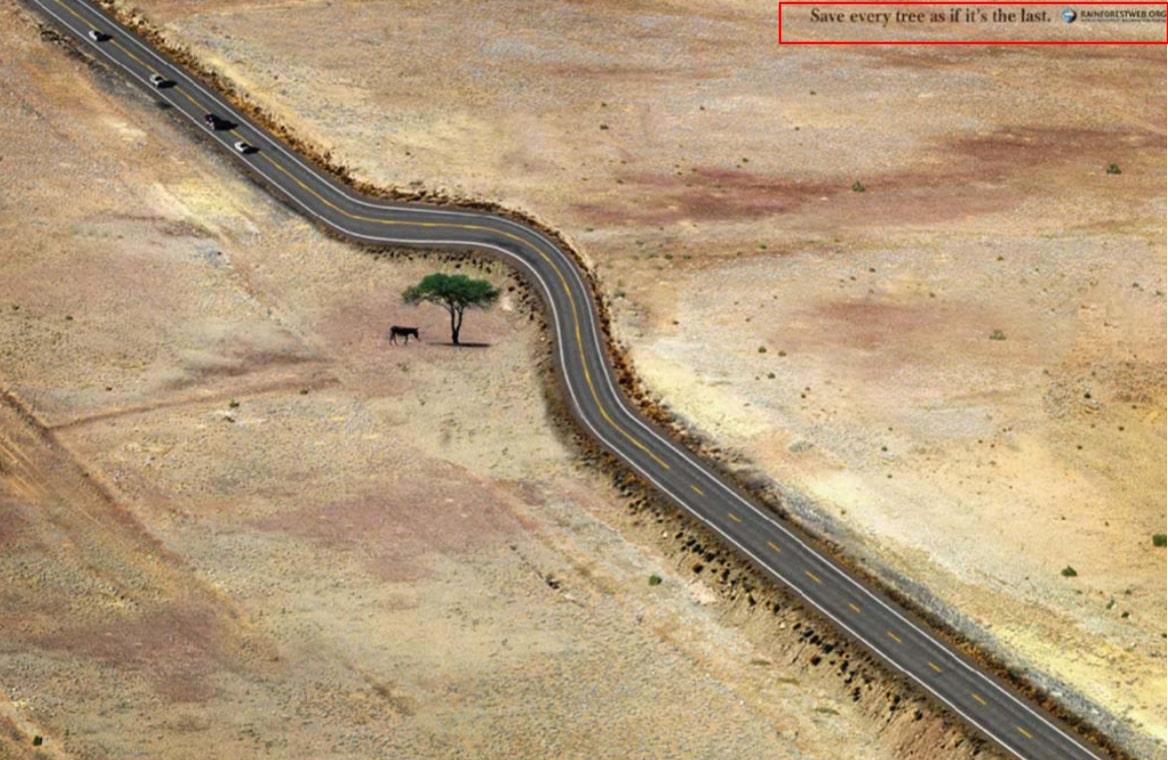 He also posted the archived links to two other websites where the same image was featured, one was Jeski Social Campaign’s online portfolio, and the other is a 2013 article published by The Korea Guide titled “Advertising Genius from Korea – Jeseok Yi (Jeski)”: 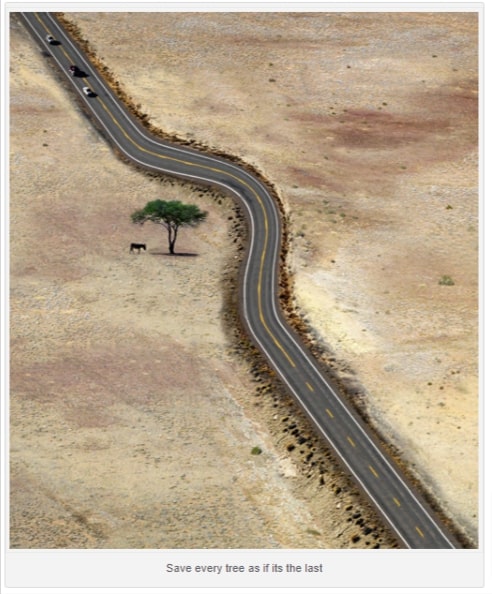 On further investigation, we also found the original stock image that is available on Getty Images. 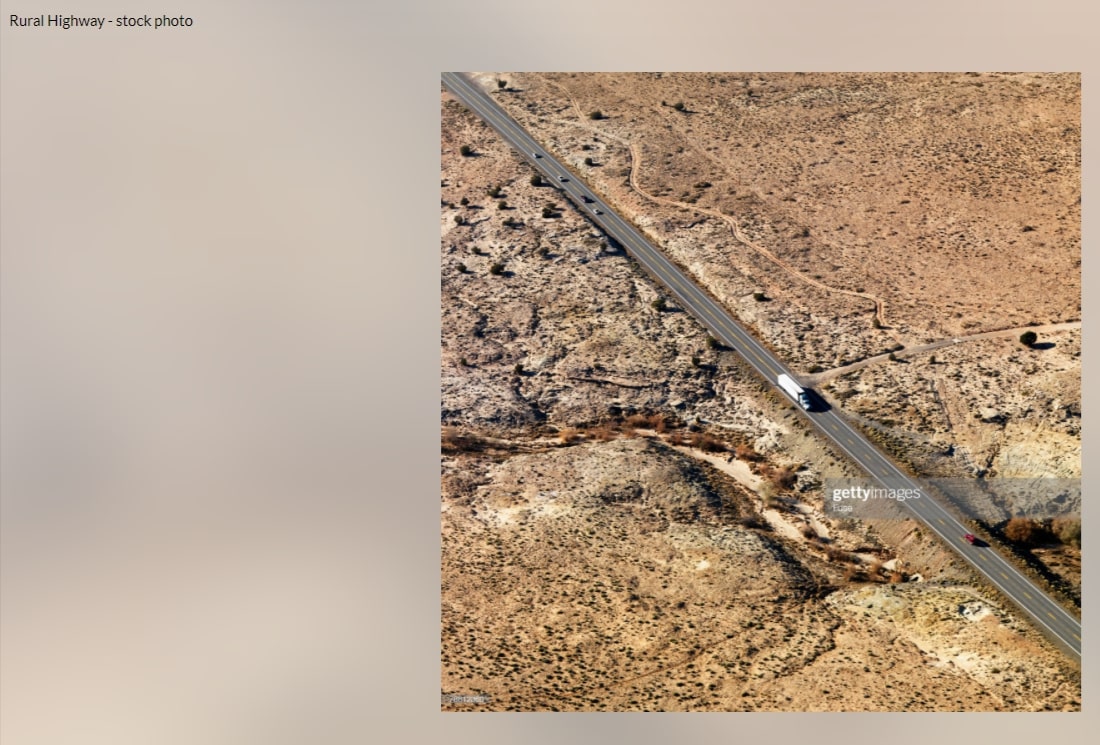 It was also pointed out that the road in the picture is US Route 160. The same location can be seen on Google maps, where we can see a straight road.

Hence, from the above fact check, it is evident that the viral picture is edited and the claim attached to it is baseless.