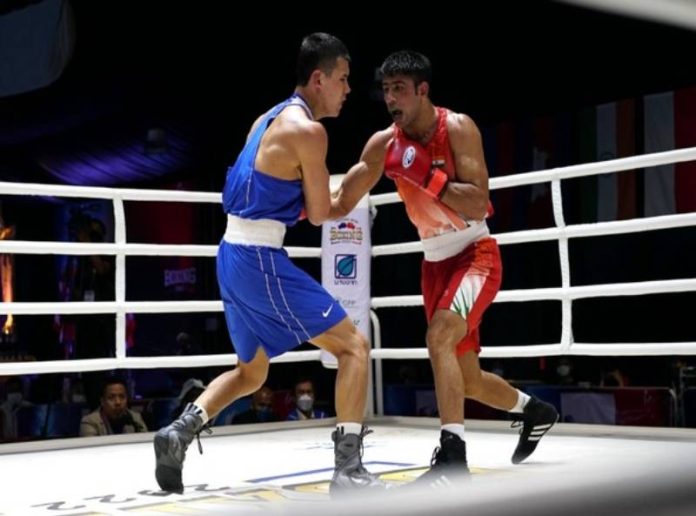 India’s Sumit put up a dominating performance to enter the semi-final while Gaurav Chauhan suffered a defeat at the 2022 Thailand Open International Boxing Tournament in Phuket on Tuesday.

Playing his first match after having received a bye in the opening round, Sumit looked in good touch throughout the match as he comfortably secured a 5-0 win over Kazakhstan’s Timur Nurseitov in the men’s 75kg Last-8 bout. On the other hand, Gaurav (91kg) gave his all against another Kazakh opponent Aibek Oralbay, the 2018 Youth Olympics champion. However, his campaign ended with a 1-4 loss in the quarter-final.

Sumit became the fourth Indian semi-finalist at the ongoing tournament, which has been witnessing high-voltage competition among 130 top boxers, including 74 males and 56 females, from Asia, Europe, Oceania and Africa. Monika (48kg), Ashish Kumar (81kg) and Manisha (57kg) are the other three Indians who have already progressed into the last-4 stage.

Six Indian pugilists will be seen in action on Wednesday. While Bhagyabati Kachari (75kg), Amit Panghal (52kg) and Rohit Mor (57kg) will play in the quarter-finals, Govind Sahani (48), Varinder Singh (60kg) and Ashish Kumar (81kg) will fight for a place in the finals.
In the last edition of the Thailand Open, held in 2019, the Indian contingent signed off with eight medals–one gold, four silver and three bronze.