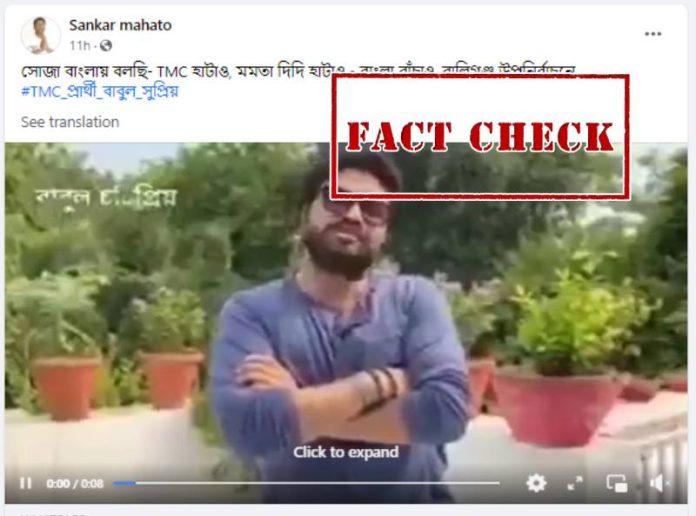 Ballygunge assembly constituency in Kolkata is going for bypoll on April 12, 2022. The seat is set for a triangular contest between Trinamool Congress candidate Babul Supriyo, CPM’s Saira Shah Halim and BJP’s Keya Ghosh.

Ahead of the bypoll, a video of Babul Supriyo has gone viral in which he takes a dig at TMC and West Bengal Chief Minister Mamata Banerjee. In the video Supriyo is heard saying, “Tmc Hatao Mamta Didi Hatao Bangla Bachao” (Remove TMC, Remove Mamata Didi, Save Bengal.”) 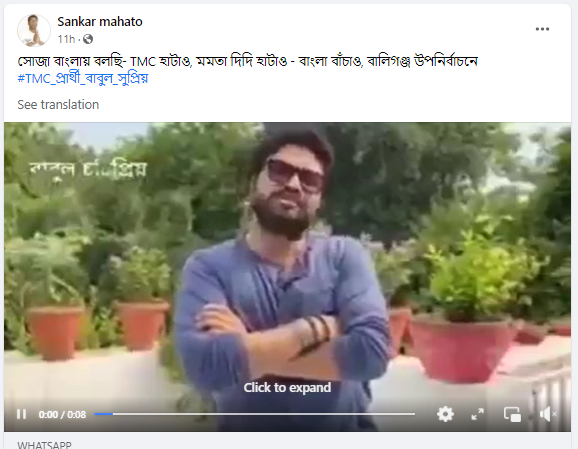 On doing a Google Reverse Image Search with one of the screenshots, we found that a Twitter user had shared a screenshot of the same video on July 27, 2020. The video was shared with a caption that read, “The truth is out! Union Minister Shri @SuPriyoBabul stands ahead of @derekobrienmp ‘s engagements on #Facebook. Crores spent on social media campaign #সোজাবাংলায়বলছি by @AITCofficial , but the people of #WBengal has defeated the campaign. #BengalWithBJP proved again.” 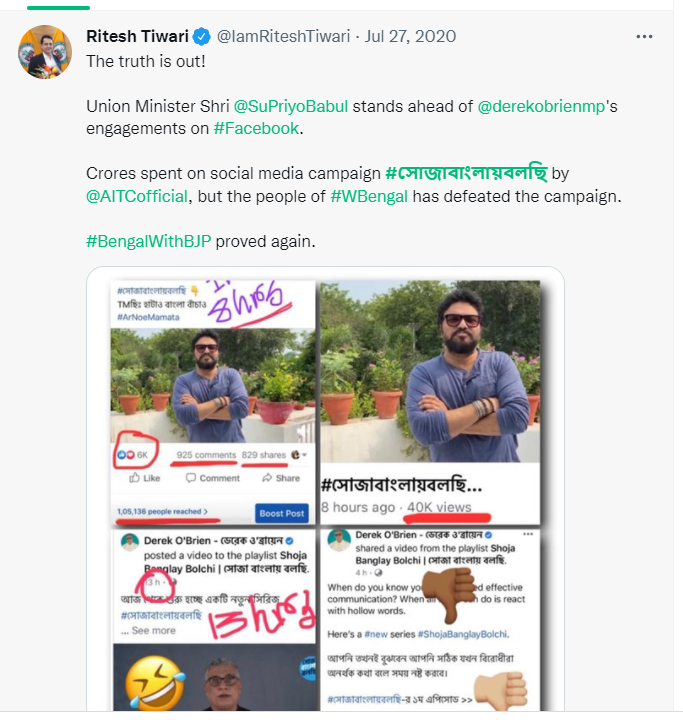 We further found that Babul Supriyo had joined TMC on September 18, 2021, weeks after he was dropped from the Union cabinet. He was earlier in the BJP. 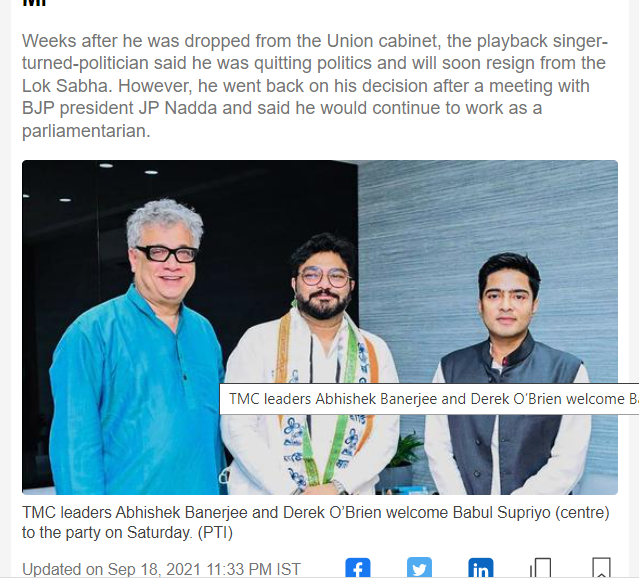 Hence, an old video of Babul Supriyo speaking against TMC and Mamata Banerjee has gone viral as recent. The video dates back to when he was in BJP and was campaigning against TMC.