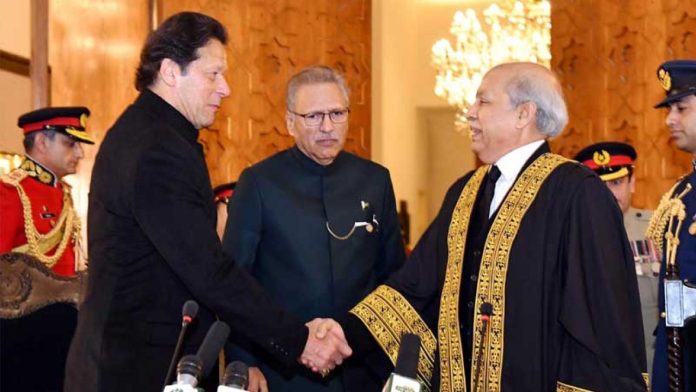 PTI leader Fawad Chaudhry made the announcement saying that Imran Khan replied to the President’s letter nominating Ahmed for the post of caretaker Prime Minister of Pakistan after approval from the PTI’s core committee.

“I propose the name of Justice (retd) Gulzar Ahmed, former chief justice of Pakistan to be considered for appointment as the caretaker prime minister,” reads the letter from the premier to the president.

According to local reports, President Alvi had written a letter to Prime Minister Khan and Leader of the Opposition in the outgoing National Assembly Shehbaz Sharif, asking them to propose names.

Here are the major developments