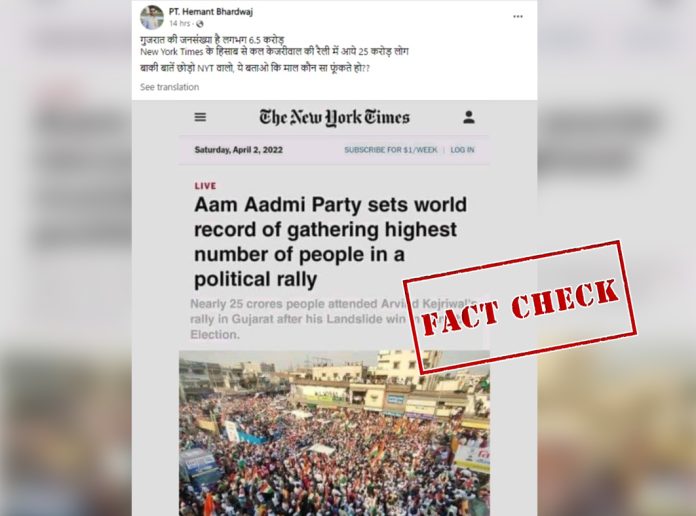 After a huge win in Punjab, Delhi Chief Minister and AAP leader Arvind Kejriwal along with his Punjab counterpart Bhagwant Mann held a massive roadshow in the Nikol area of Ahmedabad on April 2, 2022. During the two-day visit to Gujarat, the two also offered prayers at the Swaminarayan temple.

In the backdrop of their visit, a screengrab of a purported article published by The New York Times is doing rounds on social media. The headline of the article read, “Aam Aadmi Party sets world record of gathering highest number of people in a political rally.” Moreover, the sub-headline claims that ’25 crores people attended Arvind Kejriwal’s rally in Gujarat’.

(English Translation: “The population of Gujarat is about 6.5 crores. According to New York Times, 25 crore people came to Kejriwal’s rally yesterday. Leave the rest  NYT, tell me what are you smoking?”) 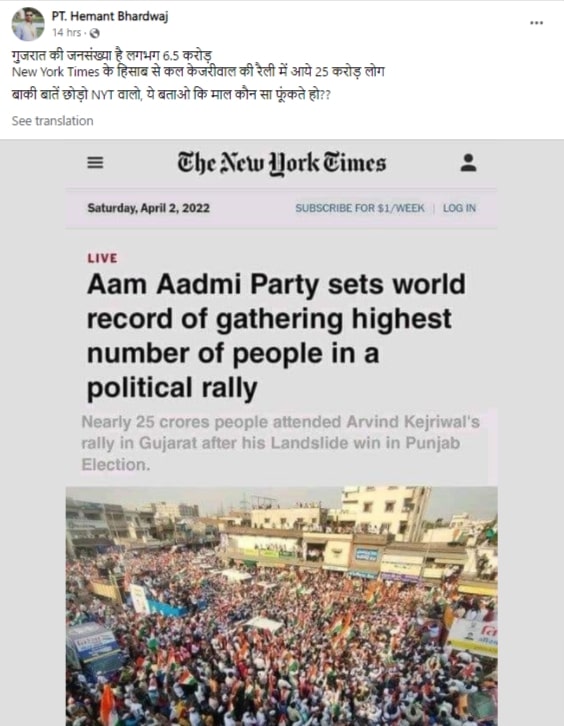 We started by checking the official website of The New York Times but did not find any such article. 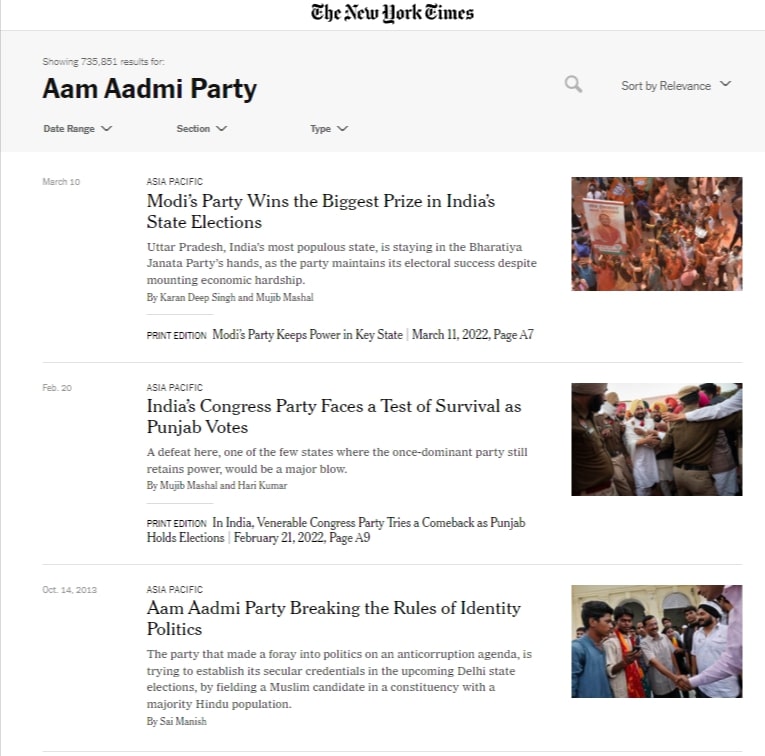 We also scanned through NYT’s India page but did not find the mentioned article.

Upon searching further, we found that replying to the same screengrab, Indian journalist Rana Ayyub said that the viral screengrab is fake. “This photoshopped image is being circulated as a @nytimesworld story by the right-wing in India. NYT or any other international publication will never use the term ‘crore’. Basics? @meslackman,” she tweeted. 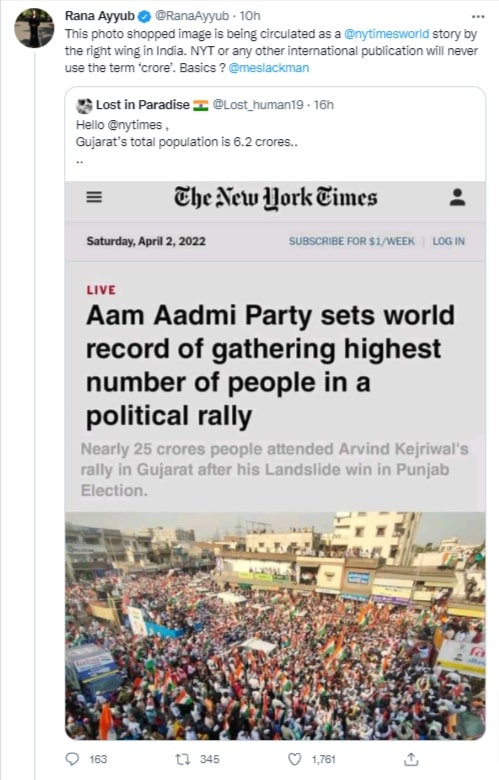 In the same Twitter thread, the official account of NYT also refuted the claim. The tweet read, “The screenshot in that tweet is a mocked-up image. The New York Times did not write or publish that story. Our coverage can be found at http://nytimes.com/spotlight/india” 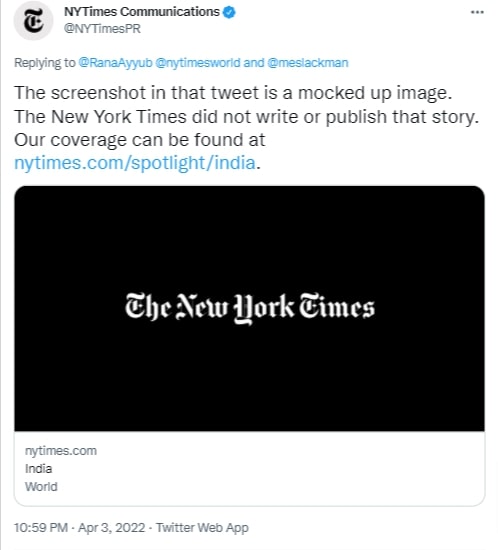 Hence, from the above information, it is clear that the screenshot in circulation is fake and no such story was published by The New York Times.