I Do Not Discuss Any Of My Orders: Zelenskyy On Russian Fuel Depot Attack | Newsmobile
Thursday, August 11, 2022

Home Home Slider I Do Not Discuss Any Of My Orders: Zelenskyy On Russian Fuel... 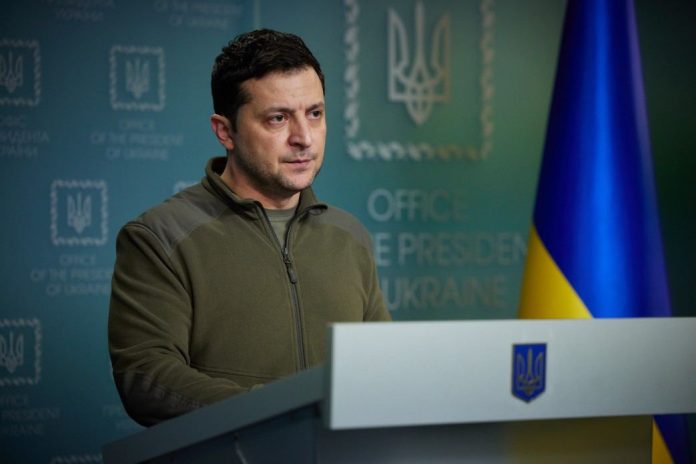 Kyiv: Responding to Russian accusations that Ukraine mounted a helicopter attack on a fuel depot inside Russian territory, Ukrainian President Volodymyr Zelenskyy on Friday said ‘I do not discuss any of my orders.’

“I’m sorry I do not discuss any of my orders as commander in chief, the leader of this state. There are things which I only share with military armed forces of Ukraine and when they talk with me,” Zelenskyy said, when asked if he had ordered such an attack.

“You need to understand that on that territory that you mentioned they were placing their shooting systems and were firing missiles themselves,” he added.

A fire broke out at a fuel depot in Belgorod on Friday, a Russian city near the Ukrainian border.

Russia accused Ukraine of the attack and said that it was caused by an airstrike from Ukrainian helicopters.

The Russian Ministry of Defense on Friday stated that two Ukrainian Mi-24 helicopters carried out an attack on a fuel storage facility in southern Russia.

UK Defence Ministry said in the latest intelligence update that oil tanks at a depot in the Russian city of Belgorod mean probable loss of fuel and ammunition supplies to the Russian forces.

The update further suggested that the Friday strike at the depot will likely add more strain to Russia’s already stretched logistic chains.