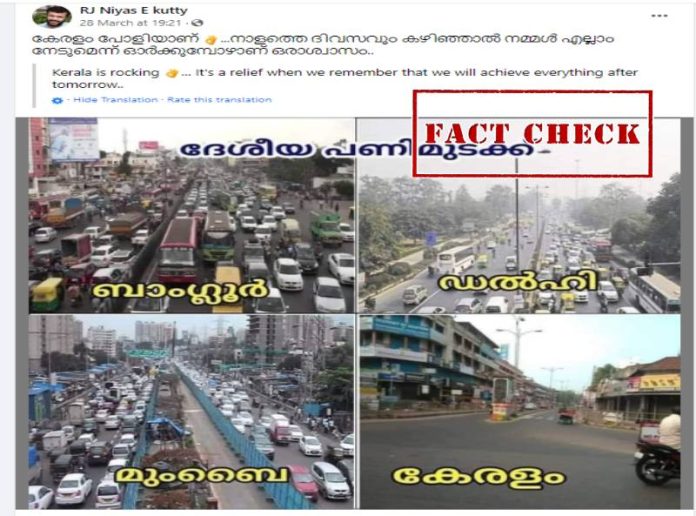 United Trade Unions had announced a two-day national strike on March 28 and 29, 2022. In the above context, a collage of four images purportedly of the nationwide strike has gone viral on social media.

The visuals are shared with a caption that reads, “കേരളം പോളിയാണ് …നാളത്തെ ദിവസവും കഴിഞ്ഞാൽ നമ്മൾ എല്ലാം നേടുമെന്ന് ഓർക്കുമ്പോഴാണ് ഒരാശ്വാസം..” (English translation as done by Google, “Kerala is rocking … It’s a relief when we remember that we will achieve everything after tomorrow..”) 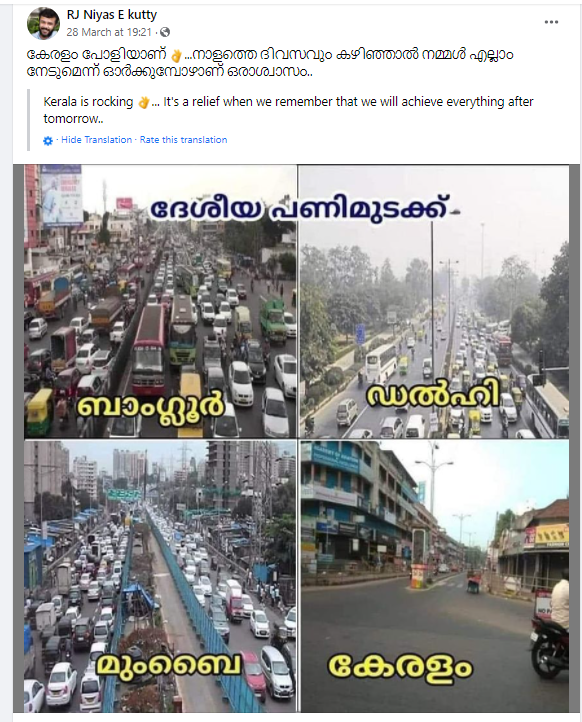 On doing a Google Reverse Image Search we found that the images were published by Malayalamasika website on January 9, 2020. The article associated with the images stated that strikes were most successful in Kerala. 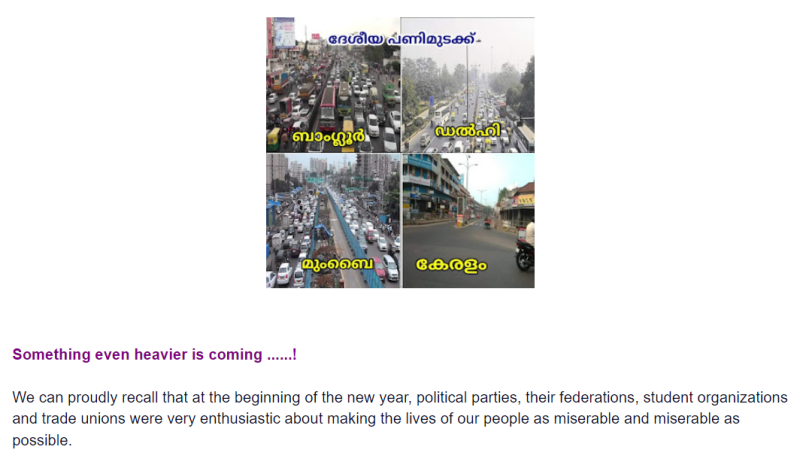 While we were not able to ascertain the origin of the other images, however, we could evidently conclude that the viral images were old and had no relation to the recent nationwide strike.