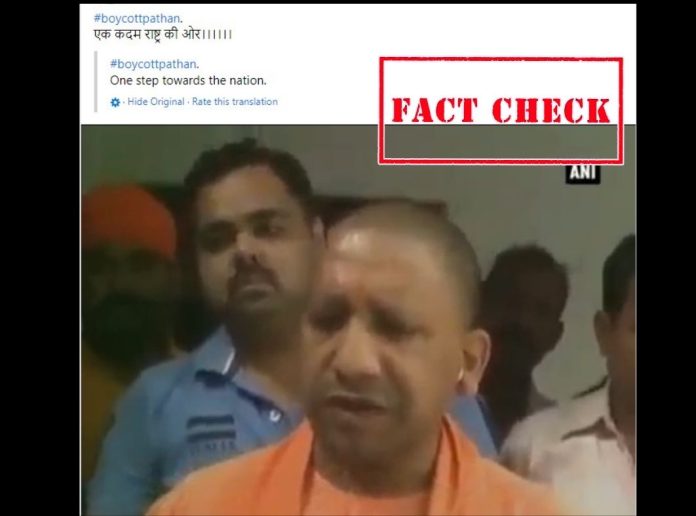 A Facebook user shared the video with the caption in Hindi that translates to, “#boycottpathan One step towards the nation.” 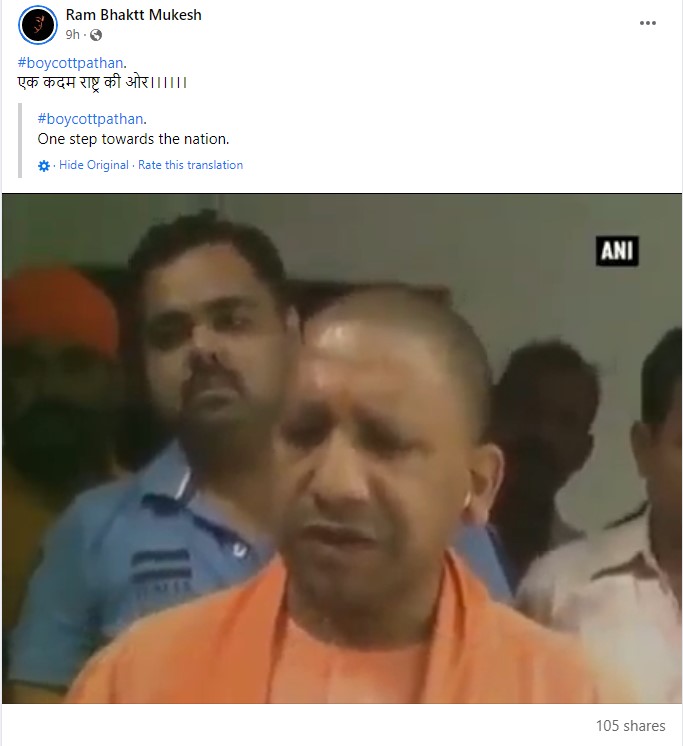 The video is being widely shared on social media platforms with similar claims.

Firstly, we checked online but could not not find any credible media report about the viral claim.

On checking further using keyword search, we found the same video on news agency ANI’s YouTube channel which was uploaded on November 4, 2015.

The description of the video reads, “Gorakhpur, Nov 04 (ANI): As the hate storm against Shah Rukh Khan showed signs of subsiding, Bharatiya Janata Party (BJP) MP Yogi Adityanath on Wednesday stoked controversy again saying there was absolutely no difference between the thinking of 2008 Mumbai terror attacks mastermind Hafiz Saeed and Bollywood superstar Shah Rukh Khan. Reacting to Hafiz Saeed’s invitation to Khan to come and live in Pakistan, the BJP MP said he welcomed the invite and hoped the actor will consider it. His controversial comment has been one of the many that have been directed towards Khan, who has attacked by right wing groups for his comments against intolerance.” 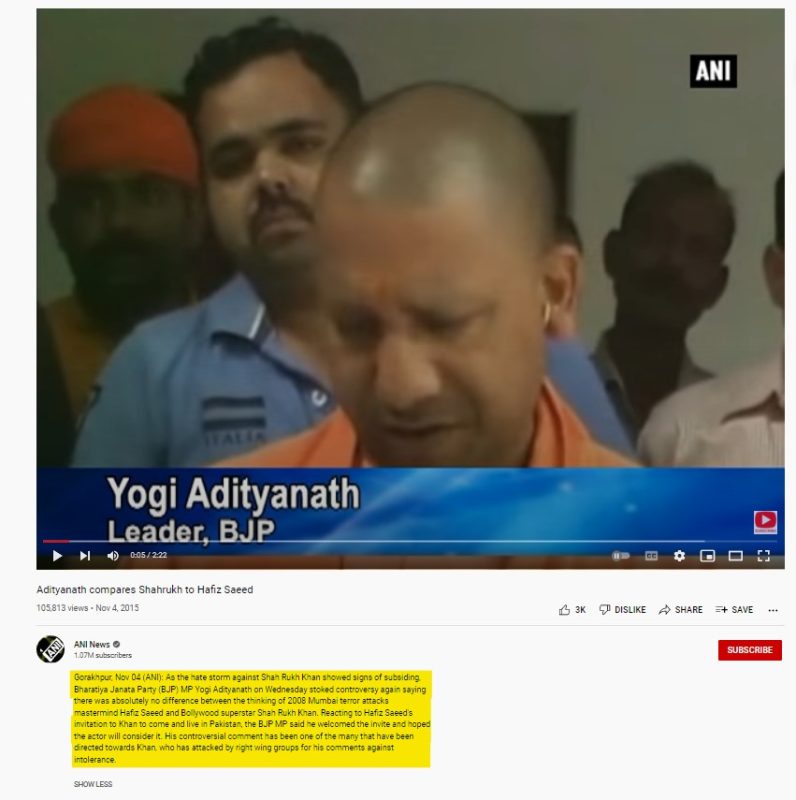 According to a Times Of India report, Yogi Adityanath, who was then a BJP MP, said, “There is no difference in the language of film actor Shah Rukh Khan and terror mastermind Hafiz Saeed.” 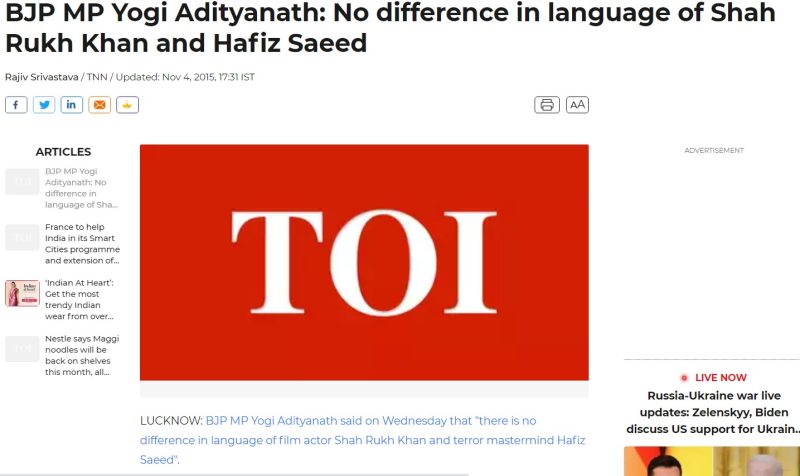 Yogi Adityanath made this statement in November 2015, in the wake of actors supporting writers and artists who returned their Padma awards to protest against intolerance. “There is intolerance, there is extreme intolerance… there is, I think… there is growing intolerance,”  BBC quoted Khan as saying.

Therefore, with the above information, it can be concluded that the viral video is being shared with a misleading claim.