Fact Check: This Video Of UP Cops ‘Beating’ A Man Is Not Recent | Newsmobile
Thursday, August 18, 2022

Home Home Slider Fact Check: This Video Of UP Cops ‘Beating’ A Man Is Not... 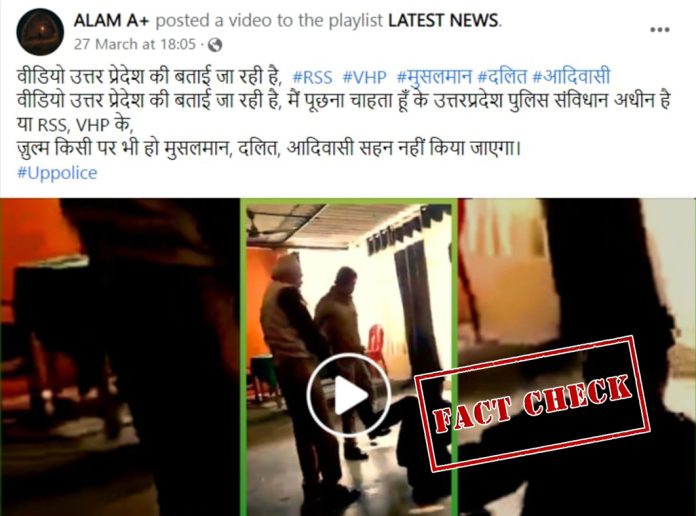 A disturbing video of a few cops beating up a man is being shared on social media with a  claim that it was taken recently in Uttar Pradesh.

(English Translation: It is being said that the video is from Uttar Pradesh. I want to ask whether the Uttar Pradesh Police is under the constitution or RSS and VHP… atrocities on Muslims, Dalits, Adivasis will not be tolerated.) 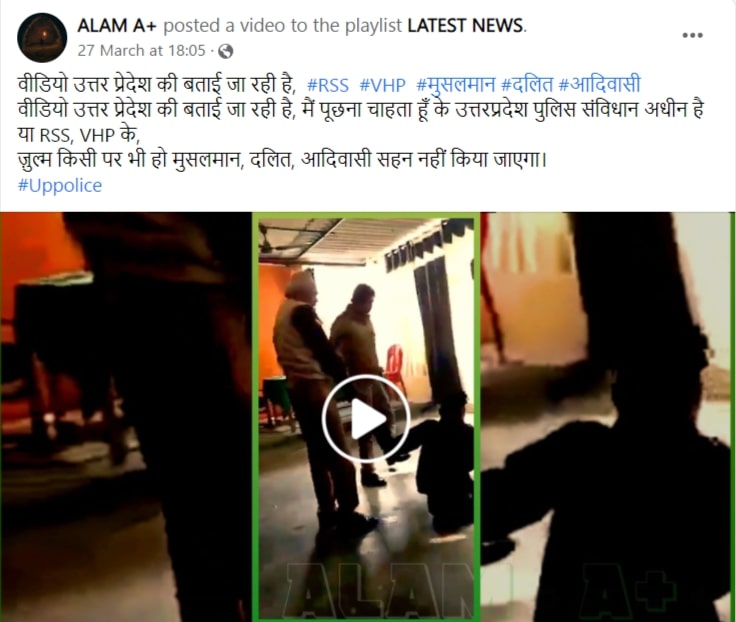 We extracted keyframes of the video and ran them through a Reverse Image Search. The search led us to a report by Zee News, published on January 10, 2020, where a screengrab from the video was featured.

The headline of the report read, “Legs held up, thrashed with shoes, belts for stealing phone — 3 UP cops suspended after ‘beating’ video goes viral.” 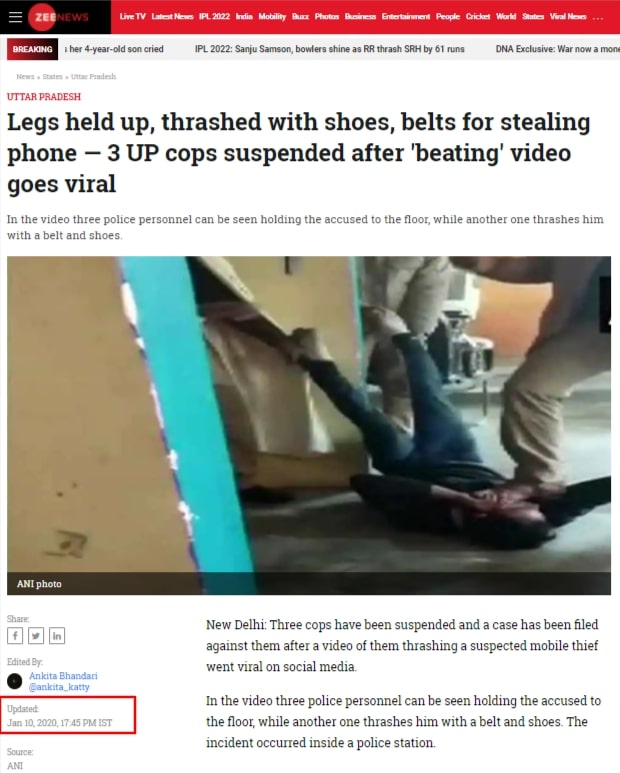 According to a report by NDTV, the incident is from Deoria, Uttar Pradesh, where the man, Sumit Goswami, was picked up by police from Mahen village for allegedly stealing a mobile phone. 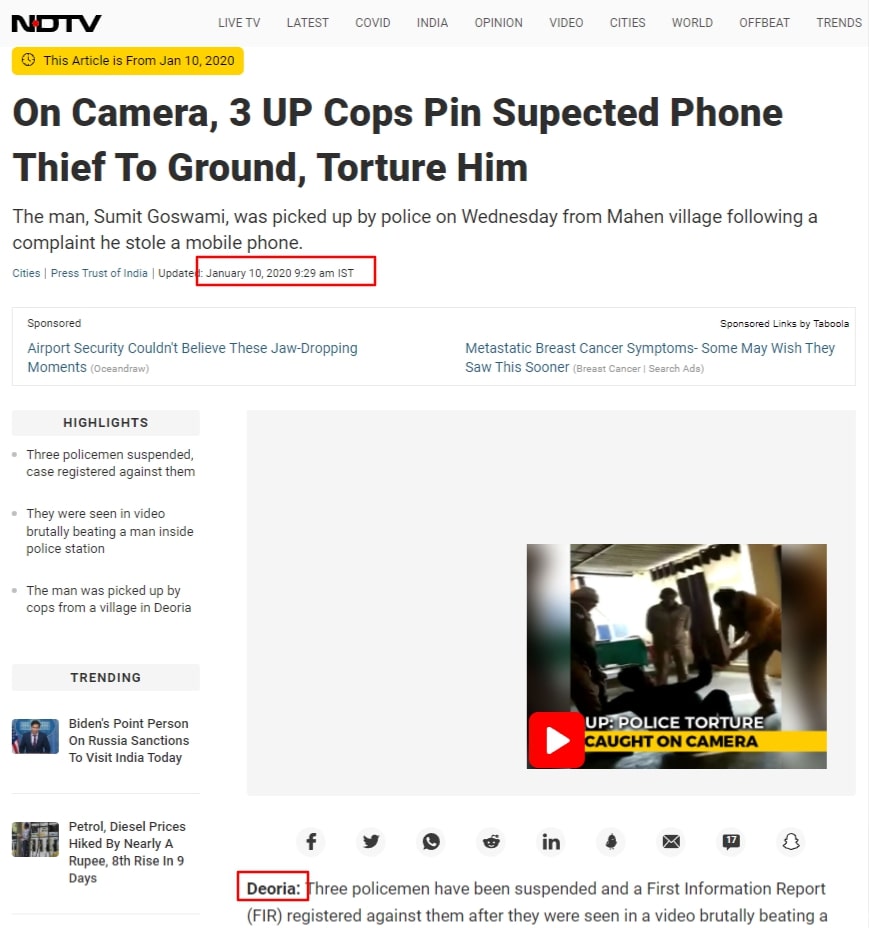 The report also mentioned that after the video of the incident went viral in 2020, a probe was ordered into the the incident. Based on his report, three constables – Chandramauleshwar Singh, Lal Bihari and Jitendra Yadav – were suspended.

From the above information, it is clear that a viral video from 2020 is now being shared with misleading context.