Fact Check: Did Yogi Adityanath Apply Ashes Of A Dead Soldier On His Forehead? Here’s The Truth | Newsmobile
Wednesday, August 17, 2022 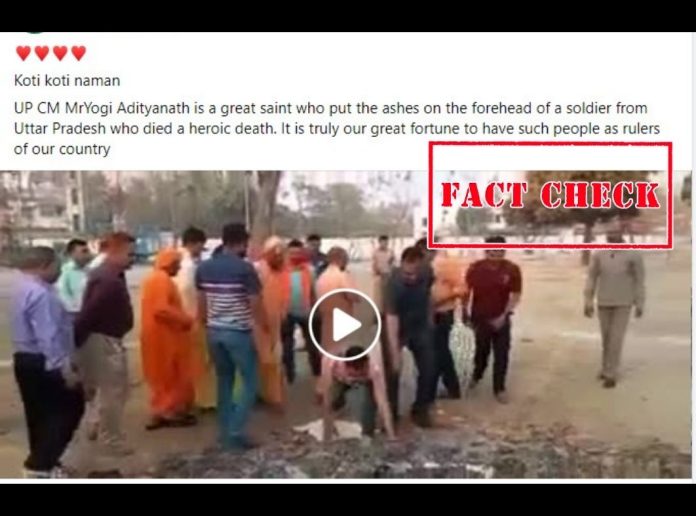 A Facebook user shared the video with the caption saying, “UP CM MrYogi Adityanath is a great saint who put the ashes on the forehead of a soldier from Uttar Pradesh who died a heroic death. It is truly our great fortune to have such people as rulers of our country.” 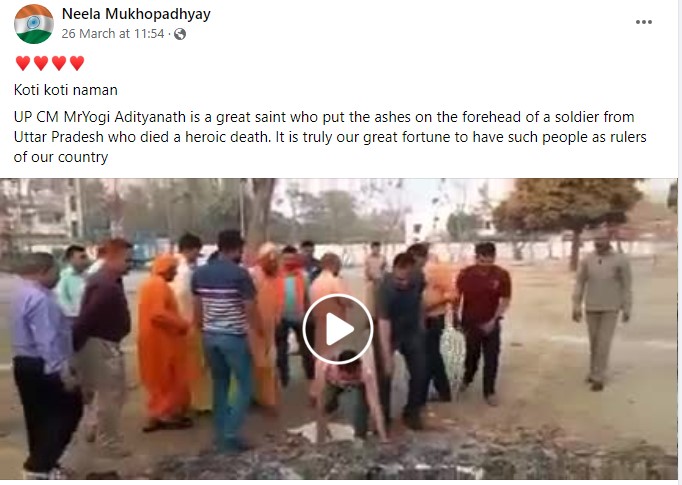 The video is being widely shared by several other Facebook users.

On performing Reverse Image Search, we found that the same video was tweeted by Dr. Prachi Sadhvi on March 22, 2022. She wrote a caption in Hindi that translates to, “Our Sanatan tradition is to apply Holika’s ashes on the forehead after it cools down.
@myogiadityanath ji.” 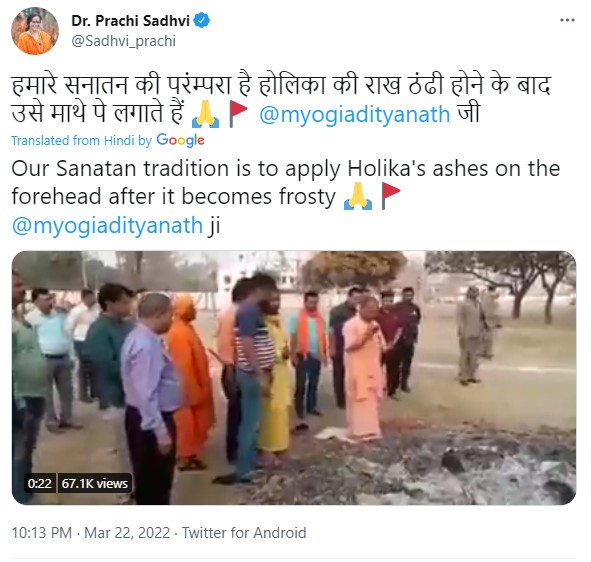 On checking further, we found a report on the ETV Bharat website published on March 16, 2020. The article was on Holi celebrations in Gorakhpur’s Gorakhnath temple which start after applying sacred ashes of the holika as tilak on the forehead. UP CM Yogi Adityanath has served as Goraksha Pithadhishwar in the Gorakhnath temple from 1996 to 2019 and hence, has been following the tradition.

Similar details about this tradition can be found here. 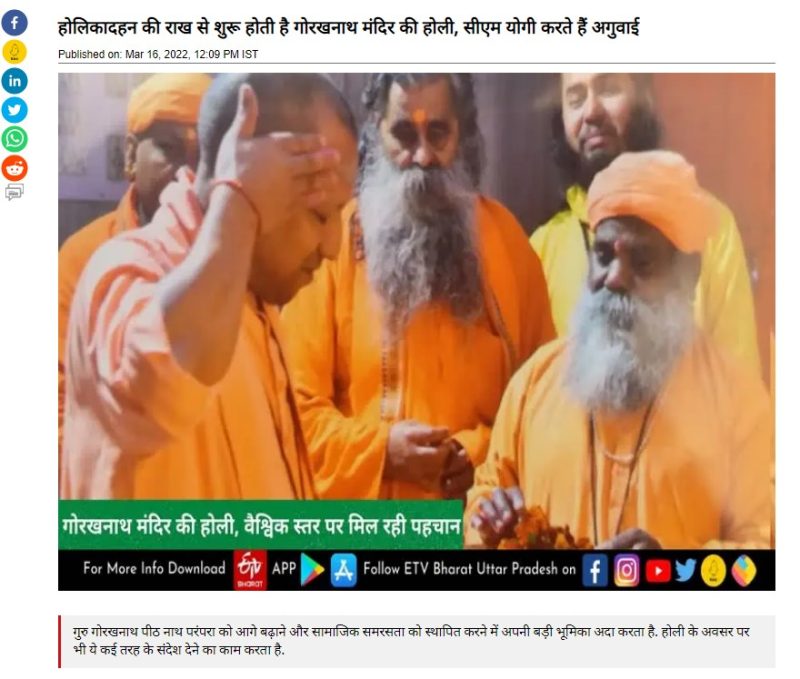 More visuals from Yogi Adityanath’s Holi celebration can be found in this ABP report.

Therefore, with the above information, it can be concluded that the viral claim is false.