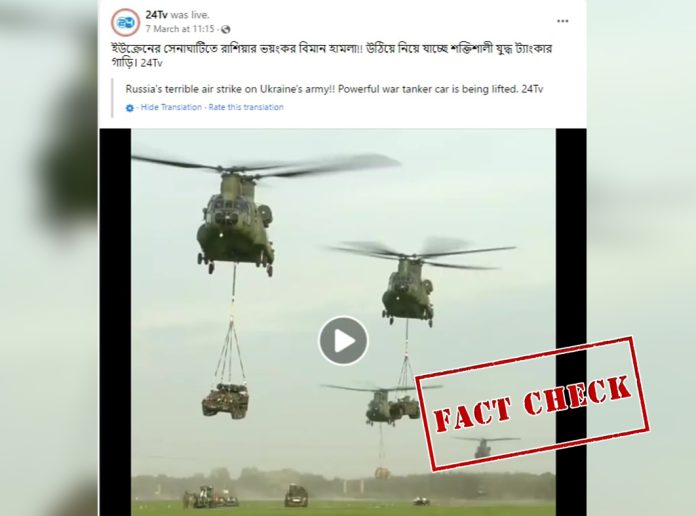 A video of a few helicopters lifting military vehicles is being shared on social media with a claim that Russian choppers were taking away Ukrainian military tanks and vehicles. 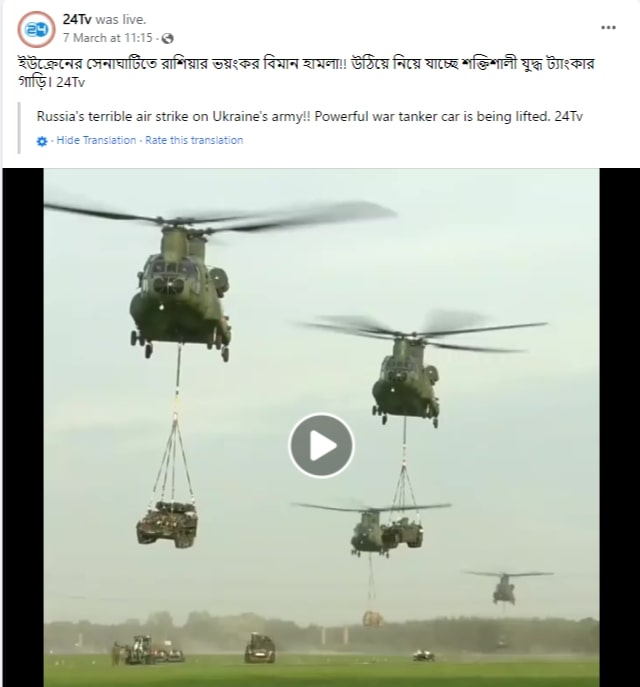 We extracted keyframes of the video using the InVID tool and ran them through a Reverse Image Search. We found that the same video was uploaded on Daily Motion in January 2020 with the title, “Heavy Delivery CH-47 Chinooks Sling Load Training.”

The description of the video read: Sling load training with Dutch CH-47 Chinook helicopters during an Exercise Falcon Autumn 2018. The Falcon Autumn is a large-scale annual combined exercise in the Netherlands. The Armed forces of the Netherlands trained together with other nations between September 17th and October 13th. The Boeing CH-47 Chinook is an American twin-engined, tandem-rotor, heavy-lift helicopter developed by American rotorcraft company Vertol and manufactured by Boeing Vertol (later known as Boeing Rotorcraft Systems). The CH-47 is among the heaviest lifting Western helicopters. Its name, Chinook, is from the Native American Chinook people of modern-day Washington state.

The same video was also uploaded on Military Archive, a verified YouTube channel, on August 05, 2019.

Taking a cue from the above information we ran a search using the keywords ‘Falcon Autumn 2018 the Netherlands’ and found a similar picture of the exercise on the website of Dutch Defence Press. 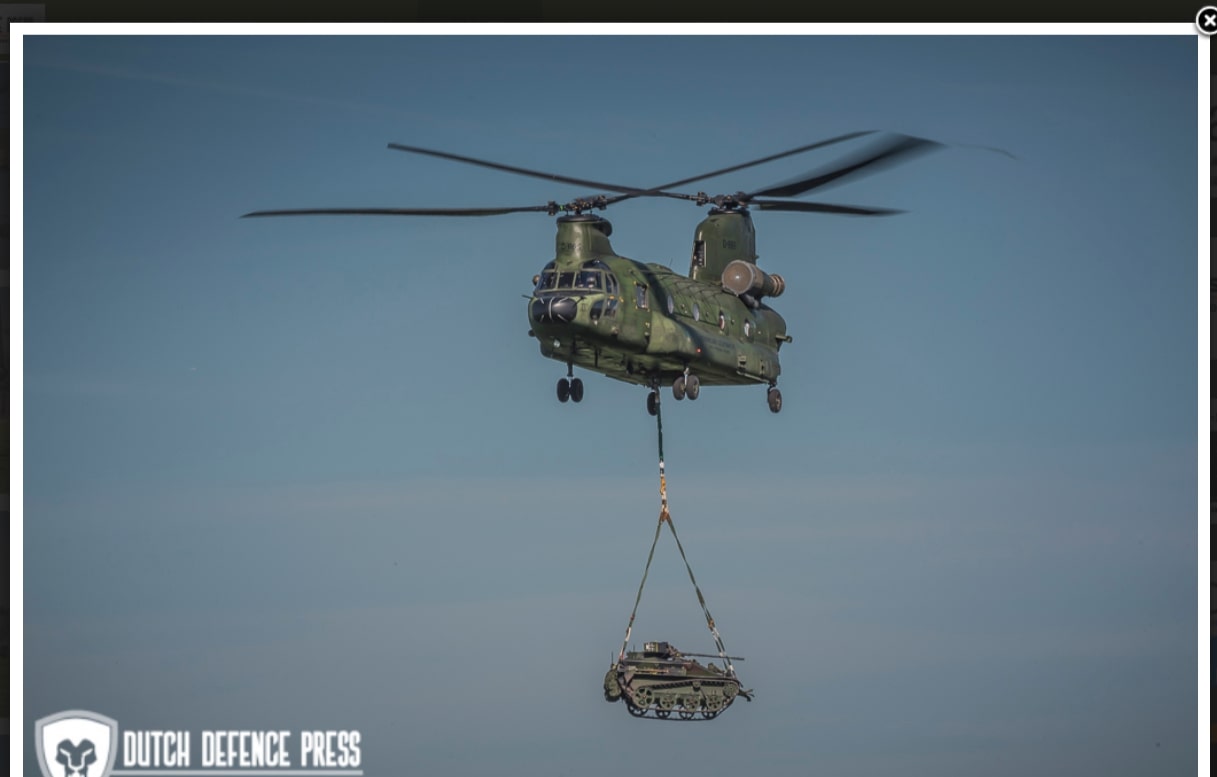 Another video containing similar shots were also uploaded on the Facebook page of the Royal Netherlands Air Force in 2018.

Hence, from the above information, it is evident that the video is of a military exercise in the Netherlands and has no relation to the Ukraine-Russia war.