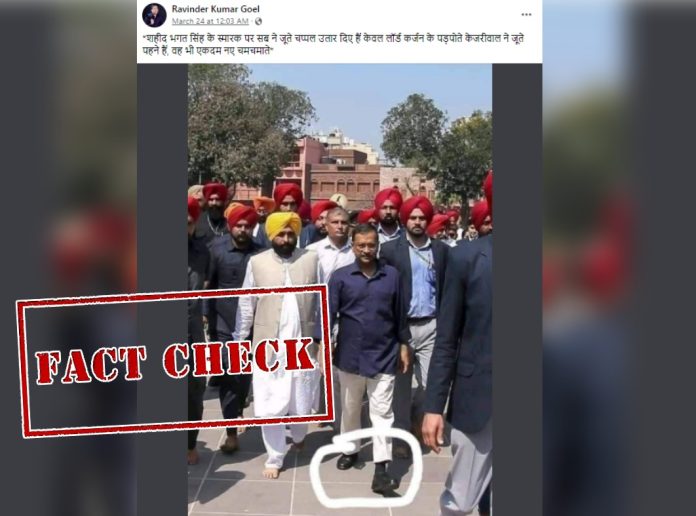 An image of Punjab Chief Minister Bhagwant Mann and AAP Chief Arvind Kejriwal is being widely shared on social media with a claim that Kejriwal did not remove his shoes while paying tribute to revolutionary freedom fighter Bhagat Singh.

(English translation: Everyone has taken off shoes and slippers at the memorial of Shaheed Bhagat Singh, only Lord Curzon’s great-grandson Kejriwal is wearing shoes, that too shining brand new) 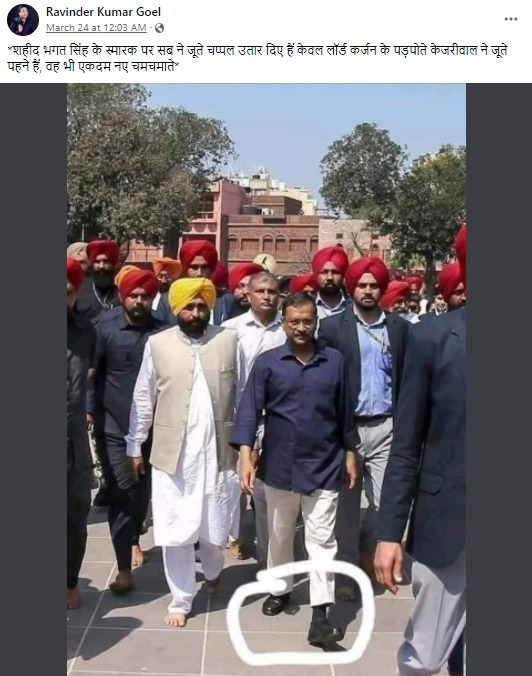 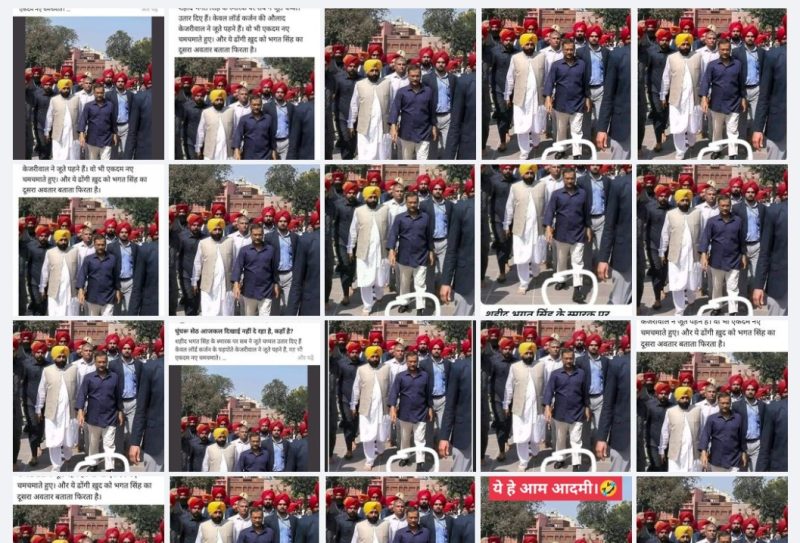 NewsMobile fact-checked the above claims and found it to be FALSE.

Doing a simple Reverse Image Search directed us to a news report published by Jagran on March 14 that carried the same viral image. The headline of the report read, “Kejriwal bowed his head after completing the parikrama in Darbar Sahib, people were eager to have a glimpse.” “Aam Aadmi Party’s Punjab’s future Chief Minister Bhagwant Singh Mann along with party supremo and Delhi Chief Minister Arvind Kejriwal arrived to pay obeisance at Sri Harimandir Sahib,” read the image description. 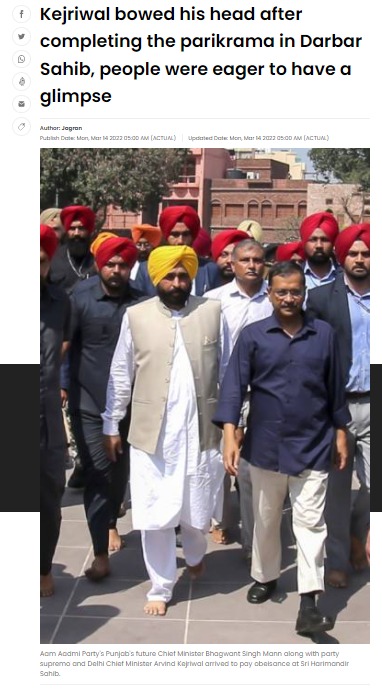 Taking a cue from this, we then checked the Facebook page of Arvind Kejriwal and came across a similar image uploaded on March 13 that stated, “Today with his younger brother Bhagwant Mann offered prayers at Sri Darbar Sahib, offered prayers at Sri Ram Teerth Mandir and Durgiana Mandir and paid floral tributes at Jallianwala Bagh Martyrs Memorial.”

Taking a cue from this, we then performed a keyword search that directed us to several videos that reported Kejriwal’s visit to Jallianwala Bagh Martyrs Memorial. 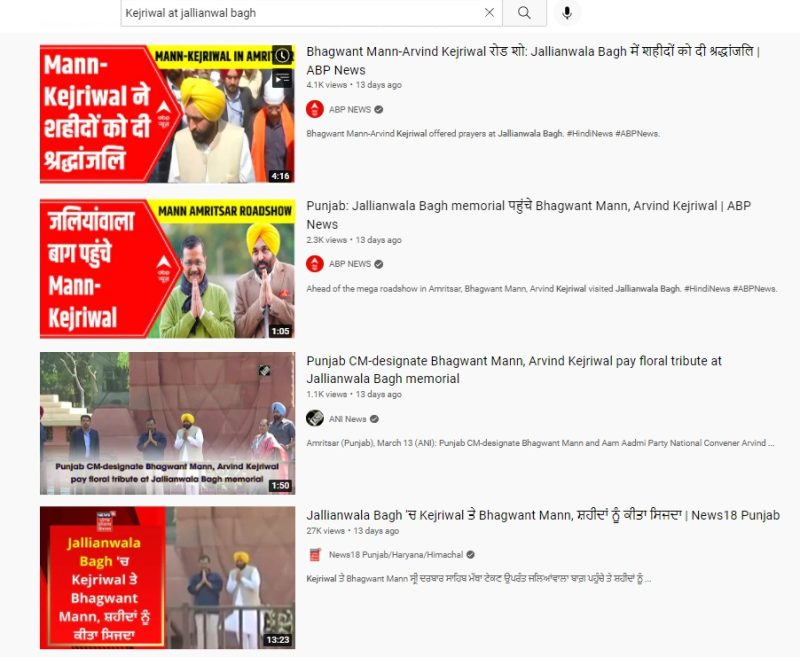 We checked several video news reports and found many similarities between the viral image and the videos reporting Kejriwal’s visit to Jallianwala Bagh Martyrs Memorial. We also noticed in one of the videos that Kejriwal had in fact removed his shoes before entering the platform of the memorial. Thus, it is evident from the above information that the viral image is from Kejriwal’s visit to Jallianwala Bagh Martyrs Memorial on March 13.

Searching for news articles about Bhagwant Mann and Arvind Kejriwal paying tribute to freedom fighter Bhagat Singh, we were directed to the official Twitter handle of AAP that carried visuals of their visit on March 16. 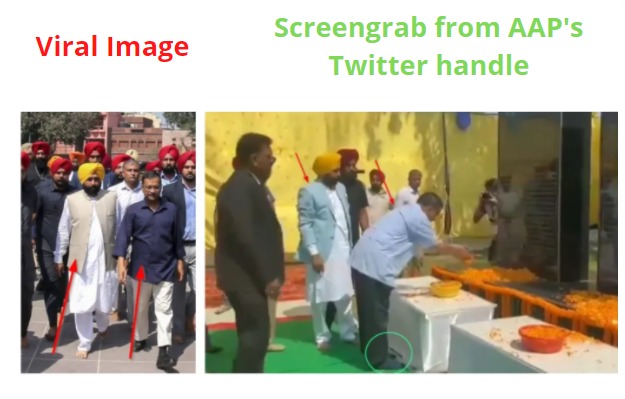 Thus, it is evident from the above information that the viral image was clicked during Kejriwal’s visit to Jallianwala Bagh Martyrs Memorial and is not related to Kejriwal’s visit to the Shaheed Bhagat Singh Memorial. It is also evident that he removed his shoes during both visits. Therefore, the viral claim is false.