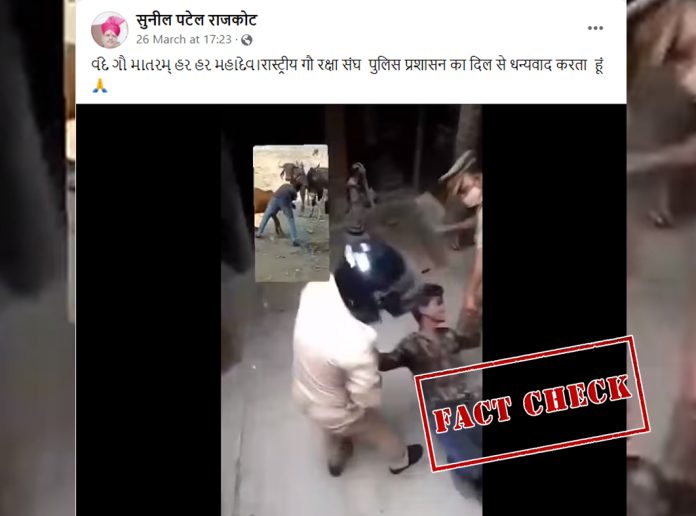 A disturbing video in which some police personnel can be seen assaulting minors repeatedly is being widely shared on social media with a claim that he was punished for assaulting a cow. 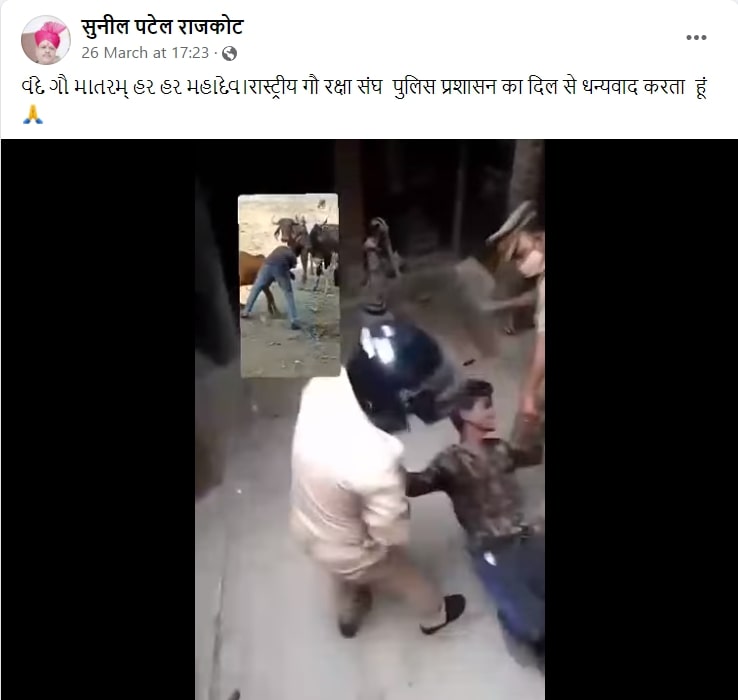 Using the InVid Tool, we extracted keyframes from the viral video and performed a Reverse Image Search. This directed us to a news report published by Amar Ujala on May 2, 2021, that carried a screengrab from the viral video. The headline read: “UP: Video of minor boys beating for theft goes viral, outpost in-charge and constable suspended.” 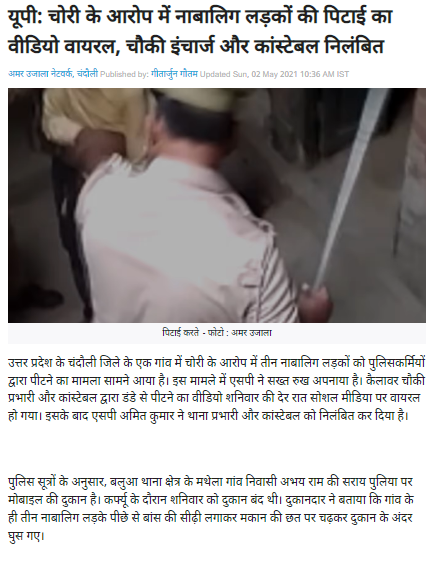 The same incident was also reported by The Times of India, with the same viral video, on May 6, 2021. The description reads, “UP: Cops brutally beat up minors over mobile theft allegation, video goes viral.” 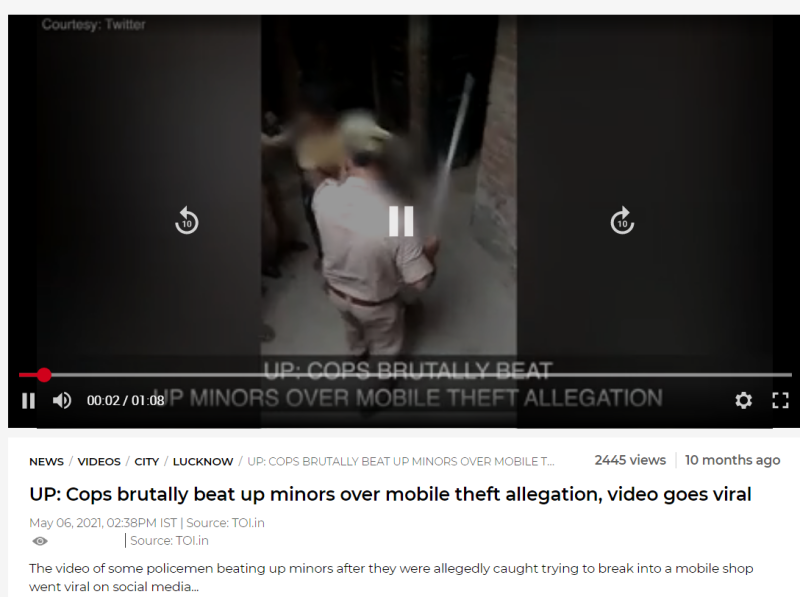 Earlier NewsMobile had debunked the same video when it was shared with the claim that Uttar Pradesh cops beat them up for raising ‘Pakistan Zindabad’ slogans.

Sharing the screengrab of the viral video, Chandauli Police also clarified on March 20, 2022, that, “The case is more than a year old in which departmental action has been taken by suspending both the policemen at the time due to the inhuman treatment done to the child. Please refrain from circulating anything without full facts and clear information.”

As for the second video of a man assaulting a cow, we found that it was shared on YouTube and Twitter on March 22, 2022. However, NewsMobile independently couldn’t verify the origin and location of the video.

Thus, it is evident from the above information that an old incident related to theft is being falsely shared with misleading claims.