Fact Check: No, Disney CEO Has Not Been Arrested For Human Trafficking | Newsmobile
Thursday, August 18, 2022

Home NM FACT CHECKER Fact Check: No, Disney CEO Has Not Been Arrested For Human Trafficking 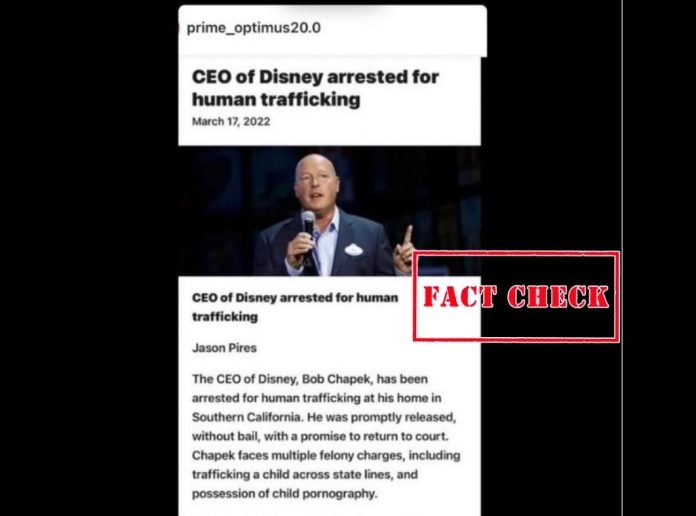 Recently, screengrab of an article went viral on social media with a claim that Disney CEO  Bob Chapek, has been arrested for human trafficking in Southern California.

The article whose headline reads, “CEO of Disney arrested for human trafficking” has been credited to one ‘Jason Pires’.

A Facebook user shared the screengrab of the article with a caption, “Well Well Well all you Disney lovers.” 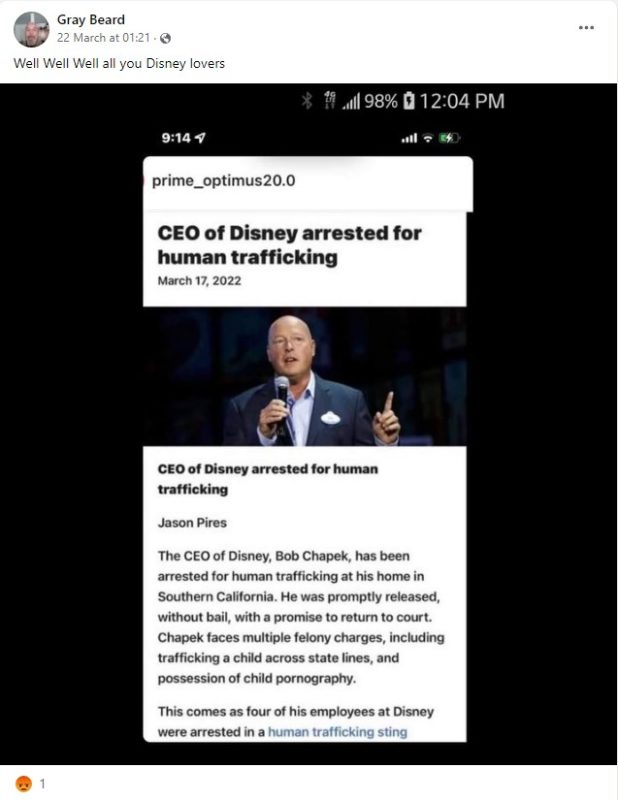 The same claim is also doing rounds on Twitter.

NewsMobile fact-checked the viral and found that the viral article is satire.

On performing a relevant keyword search, we found the same article published on the Vancouver Times website on March 17, 2022. The article was published under the ‘satire’ category. 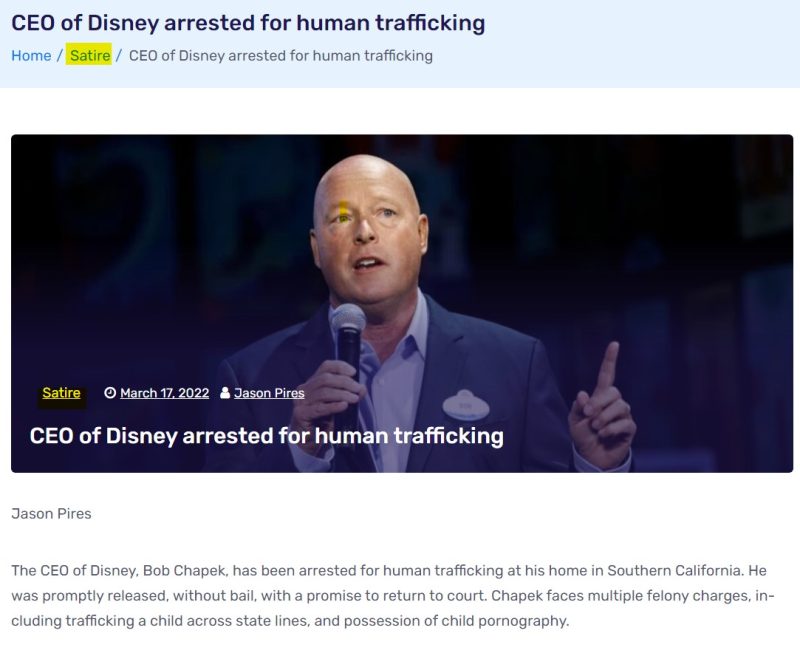 At the end of the article, it is clearly mentioned, “There is no truth to this rumor.
Disney’s CEO was not arrested for human trafficking.”

Moreover, we did not find credible articles reporting the same.

According to a CBS report published on March 17, 2022, four Disney employees were among 108 people, who were arrested for human trafficking in Florida. “In a statement to CBS News, Disney confirmed that Leese, Fidele, and Jackson have been placed on unpaid leave. It added that Malave is not an employee of the company,” read an excerpt from the report.

Therefore, with the above information, it can be concluded that the viral claim is fake.