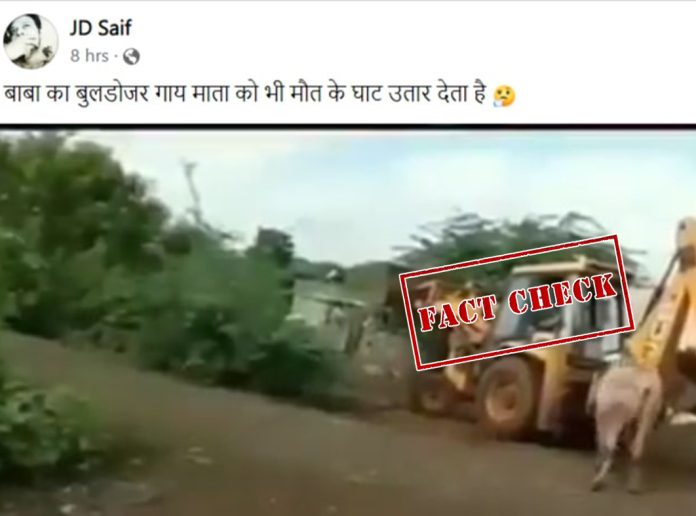 Yogi Adityanath took oath as the Chief Minister of Uttar Pradesh for a second term on March 25, 2022. With this, Adityanath became the first CM in 37 years to return to power after completing a full term in Uttar Pradesh.

In this backdrop, a disturbing video of a cow (or bull) being harmed and then killed by a man operating a bulldozer is being shared on social media with a claim that it is from Uttar Pradesh. 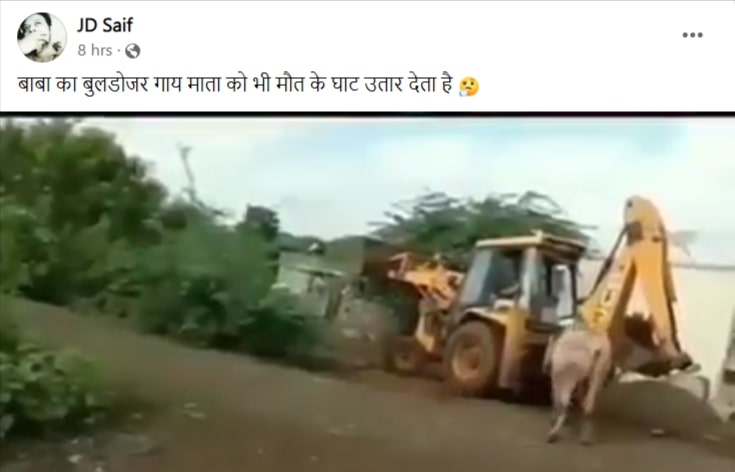 NewsMobile fact-checked the post and found that the video is old and is not from Uttar Pradesh.

We ran a keyword search and found the same video in a report by Mumbai Mirror published in November 2019. “Watch: Aged bull brutally killed using bulldozer in Maharashtra’s Indapur,” the headline of the report read. 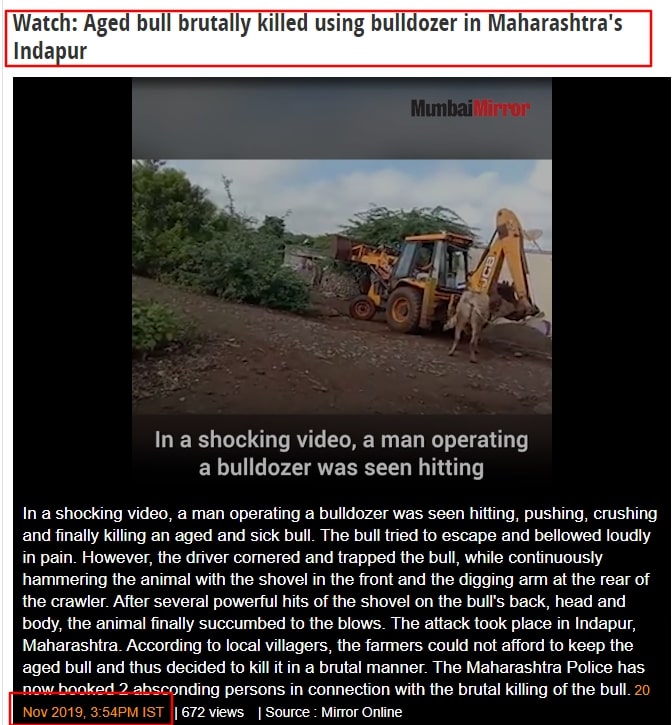 The report also mentioned that the Maharashtra Police had booked 2 absconding persons in connection with the brutal killing of the bull.

According to a 2019 report by News 18, a senior official said, “When the video went viral on social media, we found that the incident had taken place in Pondwadi village in Indapur tehsil on October 27 (2019).” 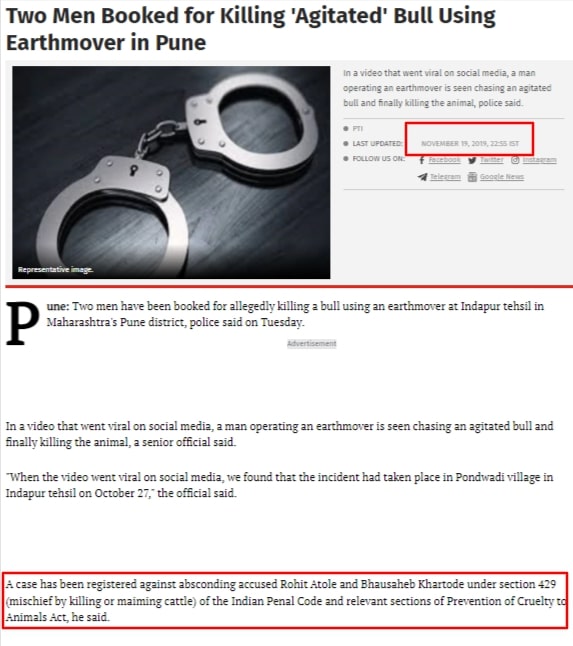 The report also mentioned that ‘a case has been registered against absconding accused Rohit Atole and Bhausaheb Khartode under section 429 (mischief by killing or maiming cattle) of the Indian Penal Code and relevant sections of Prevention of Cruelty to Animals Act’.

Moreover, we looked for recent media about such an incident in UP but did not find any credible report to corroborate the viral claim.

Hence, from the above information, it is clear that the viral video was taken in 2019 in Maharashtra and has no connection with Uttar Pradesh. Hence, the claim is misleading.