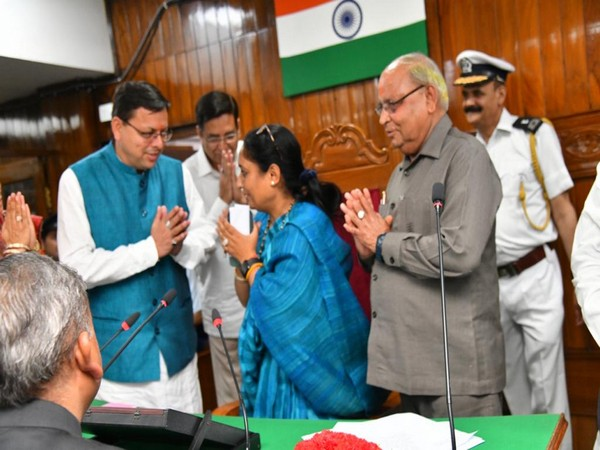 Dehradun: Ritu Khanduri Bhushan has been elected as the Speaker of the fifth Uttarakhand Legislative Assembly on Saturday. She is the first woman speaker of the state Assembly.

She is the daughter of former Uttarakhand chief minister, Major General BC Khanduri (retd). A graduate from Meerut University and post-graduate from Rajasthan University. Prior to joining politics, she taught at Noida’s Amity University from 2006 to 2017.

Chief Minister Pushkar Singh Dhami congratulated Bhushan and said “she will run the House well and our Assembly will create new history under her leadership”.

Ritu won her first assembly election in 2017 from Yamkeshwar constituency in Pauri Garhwal. She is currently the president of BJP’s Uttarakhand Mahila Morcha unit.