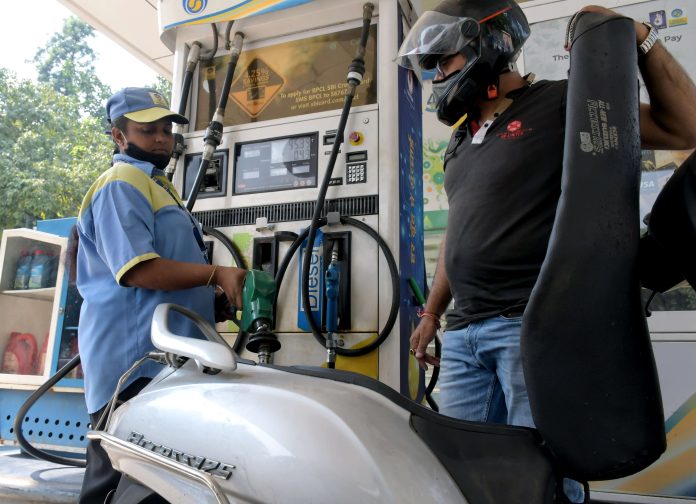 New Delhi: Fuel prices continued to surge for the fourth time in five days as petrol and diesel prices were hiked by 80 paise a litre each on Saturday.

Petrol in Delhi will now cost Rs 98.61 per litre as against Rs 97.81 previously while diesel rates have gone up from Rs 89.07 per litre to Rs 89.87, according to a price notification of state fuel retailers.

All the four increases since the ending of a four-and-half-month long hiatus in rate revision on March 22, have been of 80 paise a litre. These increase increases are the steepest single-day rise since the daily price revision was started in June 2017.

In four increases, petrol and diesel prices have gone up by Rs 3.20 a litre.

Prices had been on a freeze since November 4 ahead of the assembly elections in states like Uttar Pradesh and Punjab — a period during which the cost of raw material (crude oil) soared by about $30 per barrel.

The rate revision was expected soon after assembly elections ended on March 10 but it was put off.

Union Minister Nitin Gadkari on Friday justified the hikes in fuel prices saying that the oil prices had gone up within the international market owing to the ongoing war between Russia and Ukraine, which was beyond the Indian government’s control.