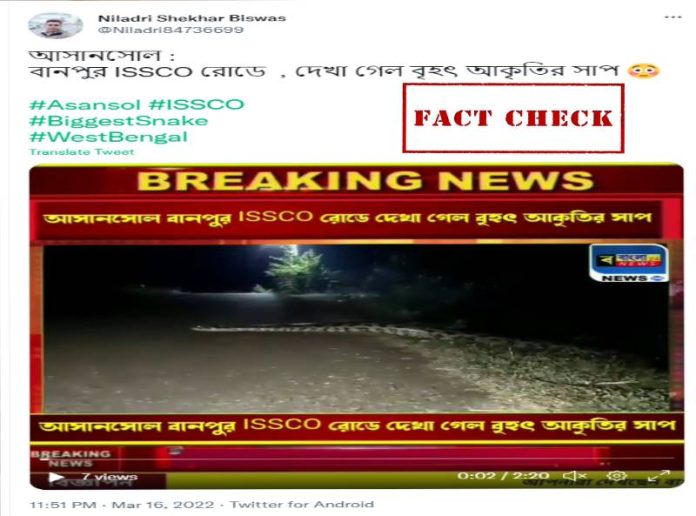 A video of a large snake crossing the road is being widely shared on social media with a claim that it is from Asansol in West Bengal. 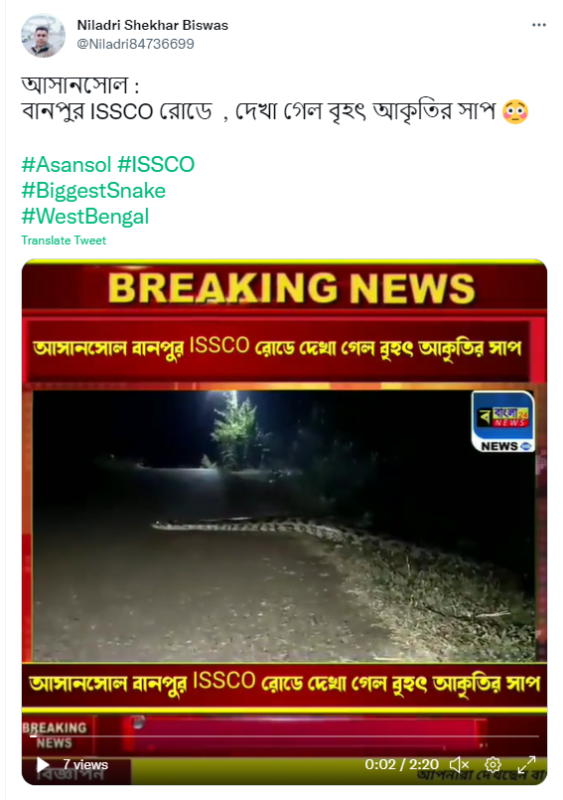 On doing a Google Reverse Image Search we found that the same video was uploaded by a YouTube channel on March 5, 2022. The video was shared with a description that reads, “Longest Indian rock python snake crossing road near karwar (Karnataka).” 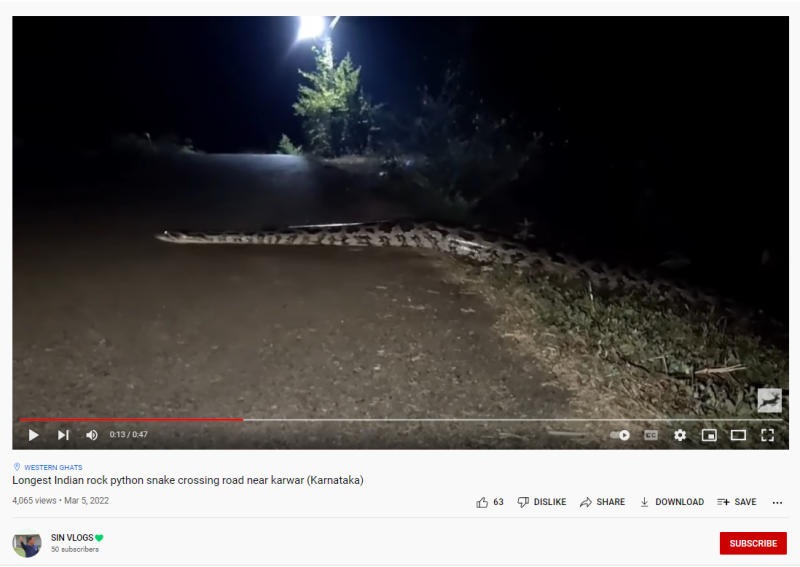 ETV Bharat reported that the video was from Hanakona village near Karwar town of Uttara Kannada district in Karnataka. 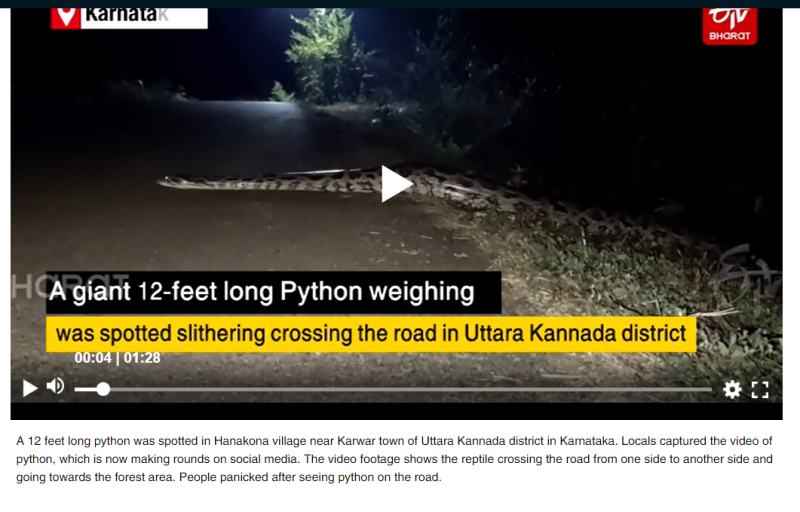 The video was also shared by The Times of India on March 20, 2022, with a caption that read, “A large snake was spotted crossing road in Kerala’s Wayanad district. The video of the snake crossing a street has been circulating on social media and many termed it as an ‘anaconda’. However, anacondas are not native to India and they can be only found in zoos.” 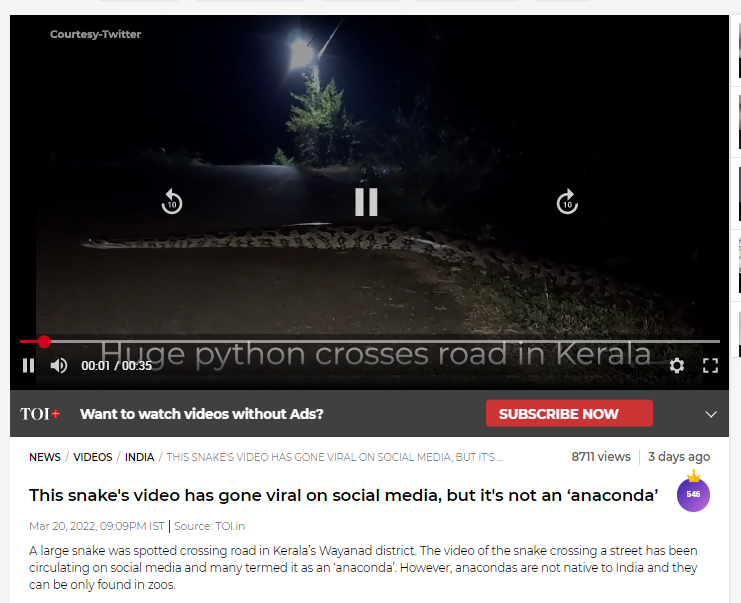 While we were not able to ascertain the location of the video, we could confirm that the viral video is not from Asansol.