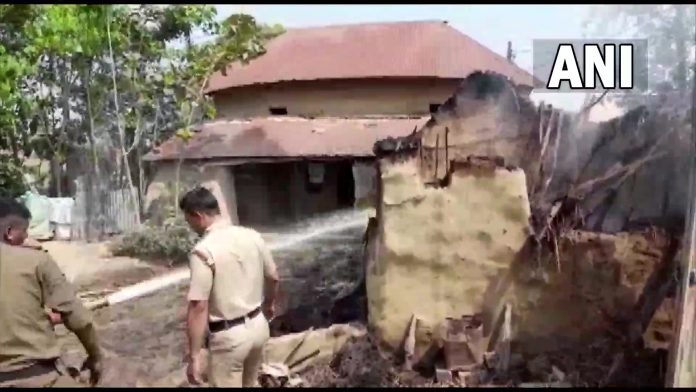 Kolkata: The autopsy revealed that the eight victims which included women and children were thrashed before they were burnt in the Birbhum incident.

The team of forensics experts at Rampurhat Hospital examined the bodies and confirmed that the victims were badly thrashed and beaten up before they were burned alive.

At least 21 people have been arrested by the police in connection to the incident which was triggered by the alleged death of the Trinamool Leader in Bogtui village. The police also confirmed that 15 police officers have been removed from their duties on grounds of negligence when the incident took place.

Congress delegates including the leader of opposition in Lok Sabha, Adhir Ranjan Chowdhary, were stopped at Shantiniketan in Birbhum district.

“The Governor of West Bengal should be removed, in view of the Rampurhat, Birbhum incident. His work is against our constitutional system. The parliamentary democratic system is under threat,” Sudip Bandyopadhyay said after meeting Amit Shah.

Earlier, Prime Minister Narendra Modi had called the incident to be “heinous” and said that the culprits who were involved in this act will not be forgiven.