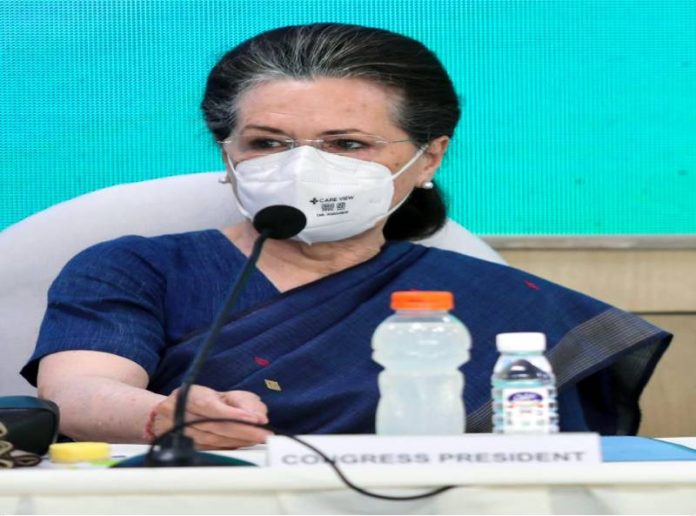 With G-23 leaders stepping up demands for organizational changes, Congress interim president Sonia Gandhi is learnt to have told the leaders from the dissident faction that no major changes in the organisation could be possible until the election for the post of party’s president is held in August-September this year. Sonia Gandhi on Tuesday afternoon met G23 leaders Anand Sharma, Manish Tewari and Vivek Tankha at her residence in New Delhi as part of her efforts to resolve the deepening rift within the party after the poll rout of Congress in fives states in the recently concluded Assembly elections. As per sources, the Congress leaders in the meeting pointed out a lack of collective leadership in the decision-making process.

While G-23 leaders are pressing for organizational changes, Sonia Gandhi is learnt to have said that the requisite measures will be taken after the August-September elections for party president.

Quoting Sonia, sources said, “By August-September, the election for party’s president will be over. Focus on that. I can make changes only to a certain extent by then.”

As per sources, during the meeting, neither the Gandhi family nor the G-23 leaders mentioned Kapil Sibal, who had questioned the party’s leadership.

The G23 members have been raising the issue of a few leaders in the party taking every decision while their accountability is not being fixed.

The three Congress leaders told Sonia Gandhi that the general secretaries are making decisions in the name of Rahul Gandhi while accusing them for the poll rout.

“Who will take responsibility for the consequences of decisions being taken by a few in the party? The party cannot be handed over to a few people. Sonia Gandhi said that she will consider the issues raised by the party leaders in the meeting,” sources said.

The G23 leaders are also demanding “collective and inclusive” leadership. The ire of the G23 members in the Congress is seen aimed at party leaders Randeep Surjewala, Ajay Maken and KC Venugopal, the general secretaries of Congress, said sources.

According to sources, Gandhi’s meeting with more G-23 leaders is an attempt to bridge the gap between the disgruntled bloc and the Congress leadership.