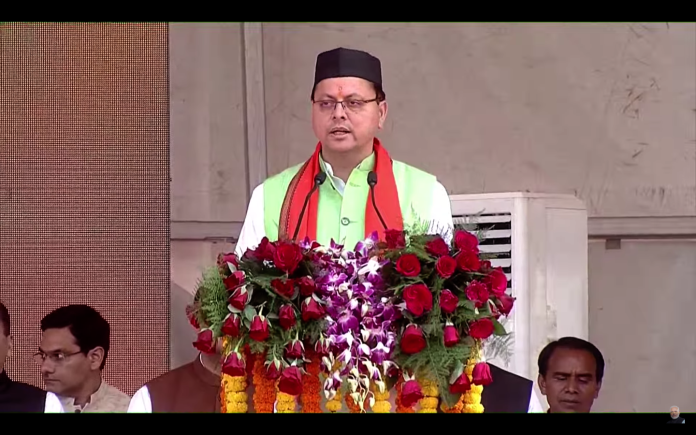 Dehradun: Pushkar Singh Dhami on Wednesday took oath as the Chief Minister of Uttarakhand for the second term at Dehradun’s Parade Ground in the presence of the top BJP brass including Prime Minister Narendra Modi.

Along with PM Modi, Union Minister Nitin Gadkari and other BJP leaders including Yogi Adityanath and Pramod Sawant attended the swearing-in ceremony.

BJP had won 47 seats in the 70-member Assembly in the recently concluded state elections. Meanwhile, Yogi Adityanath and Pramod Sawant will be taking oath as Chief Ministers of Uttar Pradesh and Goa in coming days as BJP had clinched assembly polls in four states out of five.