Fact Check: No, There Is NO Article 30(A) In The Indian Constitution That Says Bhagavad Gita Can’t Be Taught In School | Newsmobile
Thursday, August 18, 2022

Home NM FACT CHECKER Fact Check: No, There Is NO Article 30(A) In The Indian Constitution... 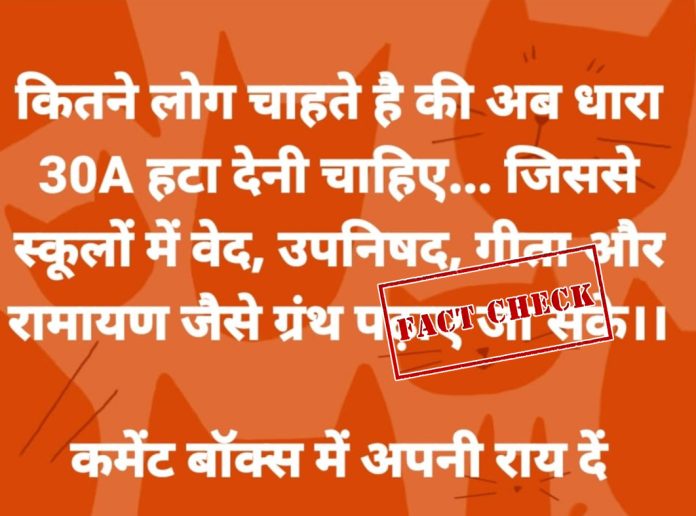 After the Gujarat government announced that the Bhagavad Gita will be a part of the school syllabus for Classes 6 to 12th, a post started making rounds on social media claiming that according to Article 30(A) of the Indian constitution, the Bhagavad Gita cannot be taught in schools. 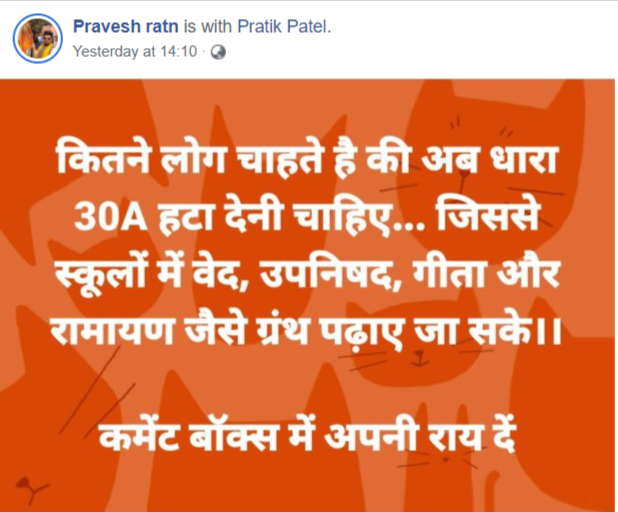 Article 30 of the constitution talks about the Right of minorities to establish and administer educational institutions. 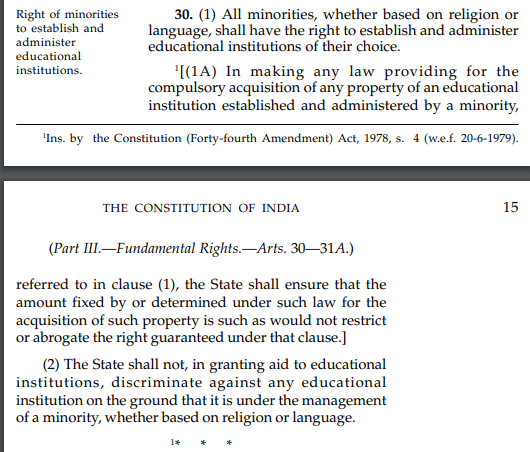 The above information proves that the viral claim is false as Article 30(A) does not say anything about teaching Bhagavad Gita.