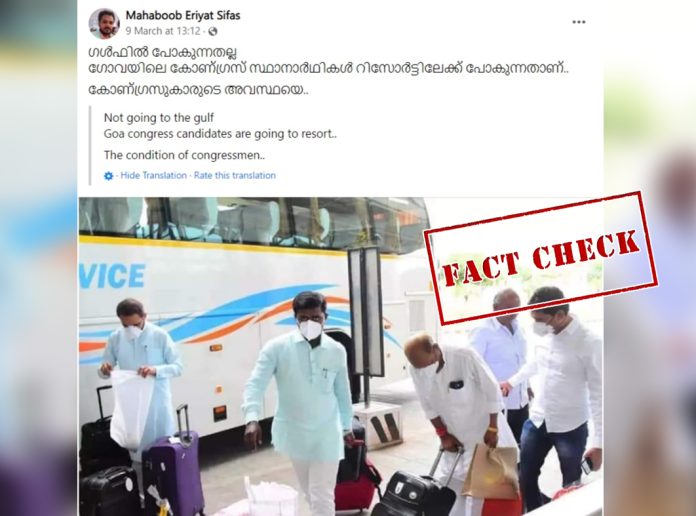 Of the five states where Assembly elections were held in 2022, BJP won a clear majority in Uttar Pradesh, Uttarakhand and Manipur while AAP registered a huge win in Punjab. However, in Goa while BJP won 20 seats, the party fell short of one seat required to form the government.

In the above context, an image where some people can be seen standing in front of a bus with their luggage is being shared on social media with a claim that in Goa, Congress is sending party MLAs to a resort to prevent ‘horse-trading’.

(English Translation: Not going to the Gulf. Goa Congress candidates are going to resort.. The condition of Congressmen.) 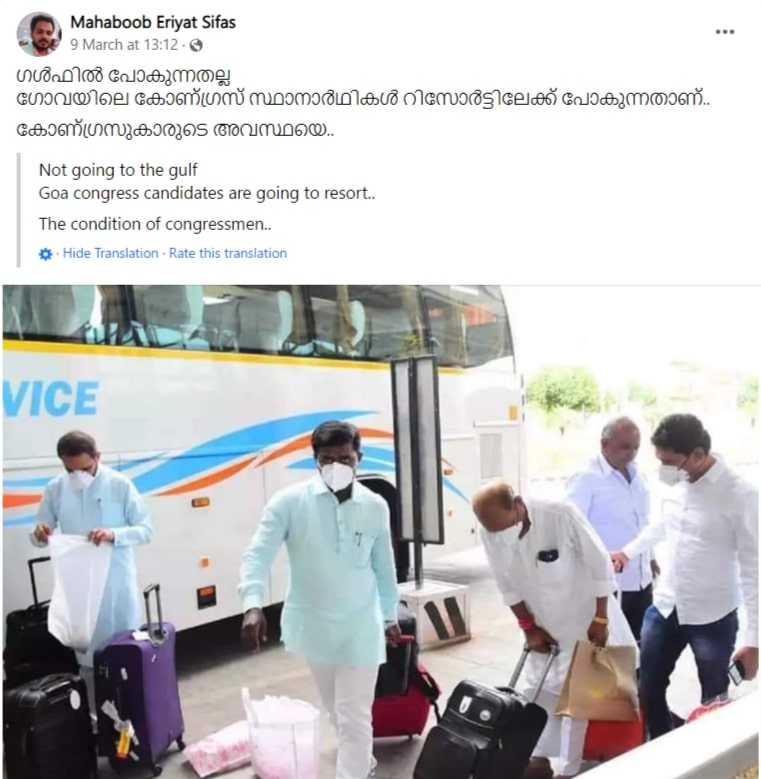 It should also be noted that some users shared the picture even before the results were declared on March 10, 2022.

A simple Reverse Image Search on the above picture led us to an article by TOI dated June 7, 2020, where the same photo was featured.

“Last resort: Gujarat Congress packs 65 MLA in hotels after 3 resignations,” the headline of the post read. 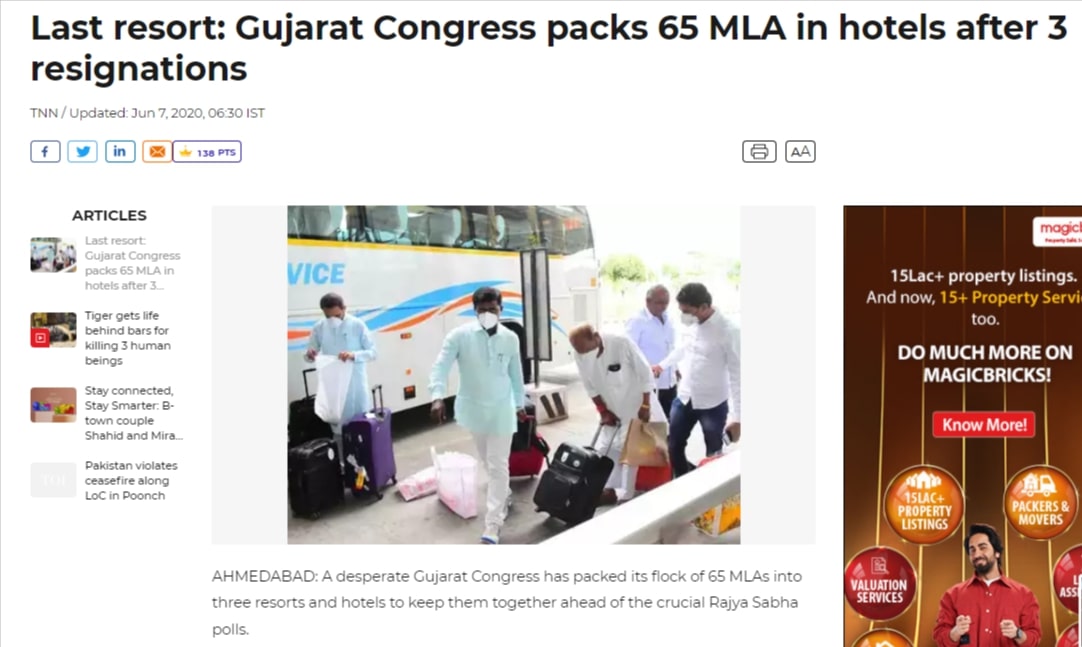 According to the report, Gujarat Congress had packed 65 MLAs into three resorts and hotels to keep them together ahead of Rajya Sabha polls in 2020. The report also mentioned that the MLAs were kept at Neel City Resort in Rajkot, at Wild Winds Resort in neighbouring Congress-ruled Rajasthan, and at Aries Riverside Farmhouse near Vadodara.

The same was also covered by Oneindia Hindi and Hindustan Times in June 2020.

Hence, from the above information, it is clear that the viral image was taken in Gujarat in 2020 and is not recent.