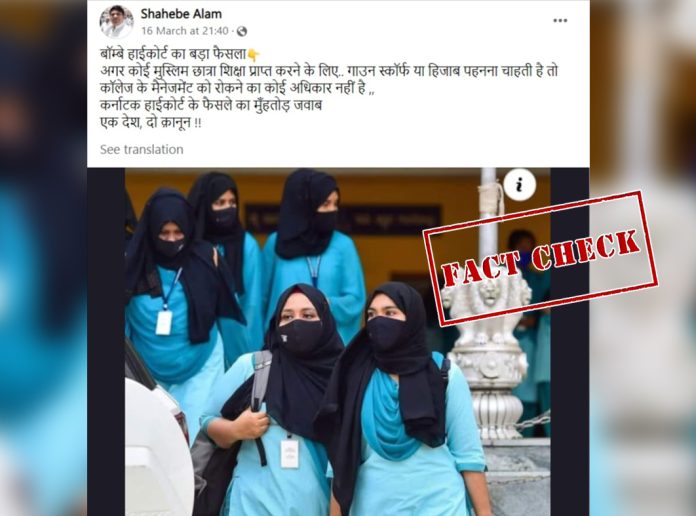 Karnataka High Court on March 15, 2022, upheld the state government order to ban headscarves in classrooms, citing that ‘hijab is not an essential practice’ for Muslim women under Islam.

After the verdict, a message started doing rounds on social media that Bombay High Court has said that if a Muslim student wants to wear a hijab then the college management has no right to stop them.

(English Translations, “Bombay High Court’s big decision.. If a Muslim girl student wants to wear a gown, scarf or hijab to get an education, then the management of the college has no right to stop them. A befitting reply to the decision of Karnataka High Court, one country, two laws!!) 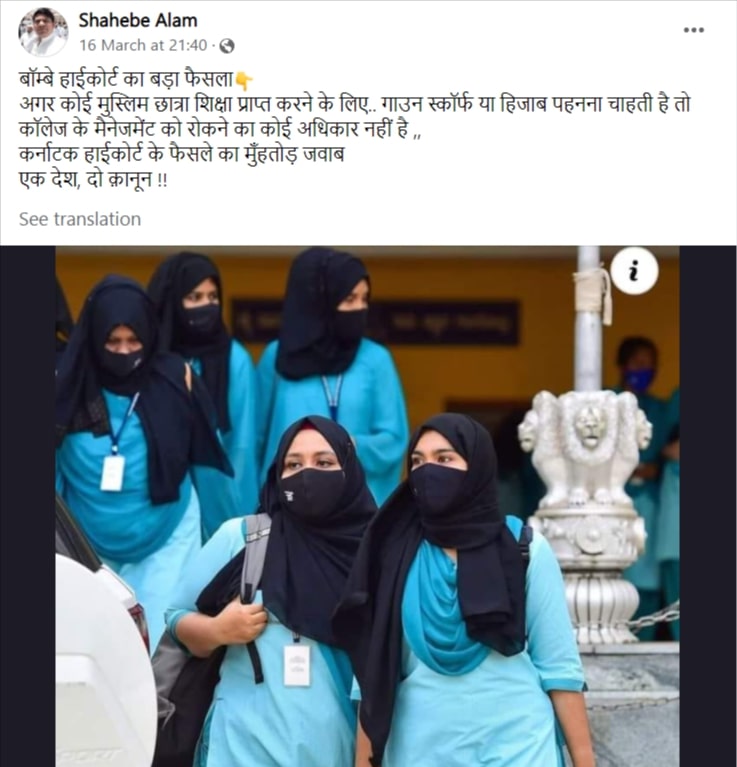 We ran a keyword search but did not find any recent report about any such verdict from Bombay High Court. However, we found multiple reports from 2018 stating that ‘Bombay High Court Allows Student to Attend College Wearing Hijab’.

A report by News 18, published on March 13, 2018, stated, “The Bombay High Court has granted the plea of a Muslim student, allowing her to wear a hijab, the traditional attire of Muslim women while attending lectures at a homoeopathy college in Thane.” 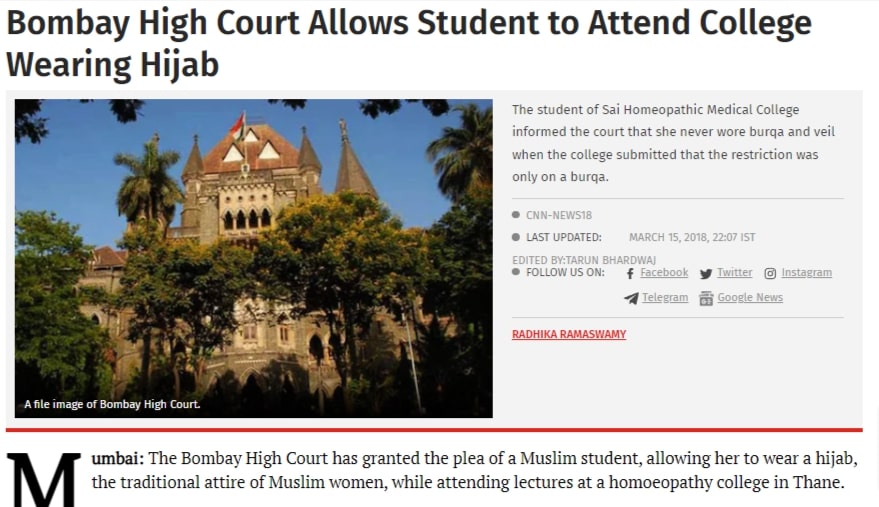 The report further mentioned that ‘the student had approached the court with a writ petition, seeking directions to the college and university to either allow her to attend college wearing the hijab or transfer her to another college where she could practice her religious beliefs without any restriction’.

A report by India today mentioned that Fakeha Badami, a student of Sai Homeopathic Medical College, Bhiwandi, had filed a petition in the Bombay High Court. The report said, ‘According to her petition, Badami had in 2016 enrolled in the Bachelor of Homeopathic Medicine and Surgery course in the college. However, from the first day of college, Badami said the college started forcing students to remove their hijab because of which many students either left the course or compromised on their attire’.

Hence, from the above information, it is clear that the verdict came out in 2018 and is not recent.