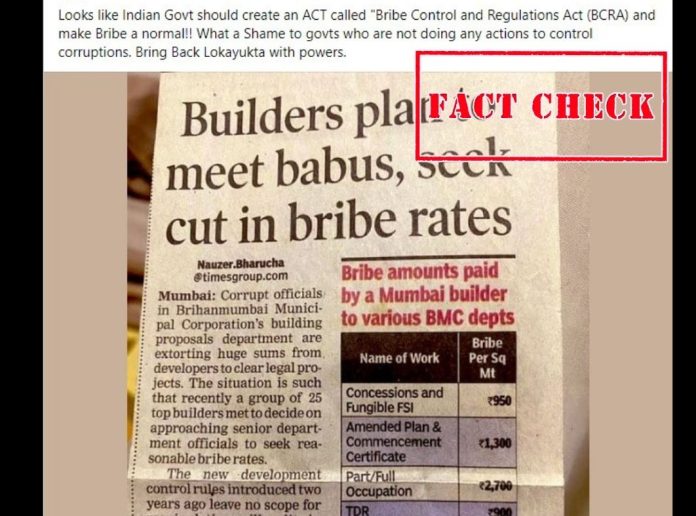 A newspaper clipping about corruption in BMC has surfaced on social media platforms as a recent report.

A Facebook user shared the clipping with a caption saying, “Looks like Indian Govt should create an ACT called “Bribe Control and Regulations Act (BCRA) and make Bribe a normal!! What a Shame to govts who are not doing any actions to control corruptions. Bring Back Lokayukta with powers. (sic)”

The headline of the report reads, “Builders plan to meet babus, seek cut in bribe rates.” 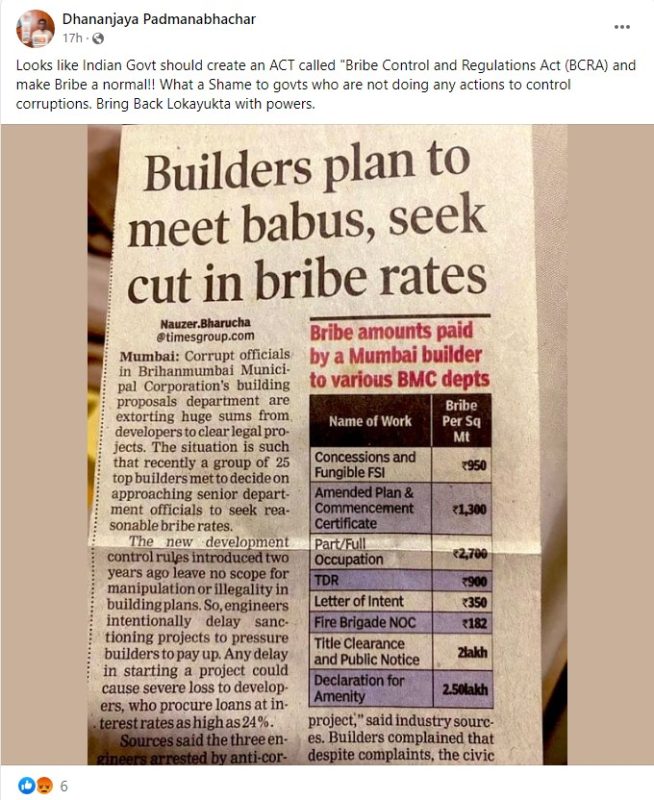 Many verified profiles on Twitter have also shared the clipping with the same claim. 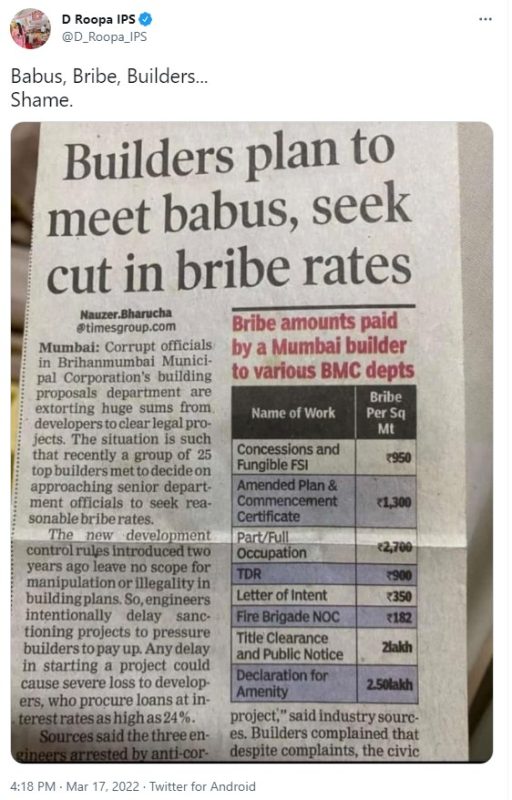 NewsMobile fact-checked the viral post and found that the news report is not recent and  dates back to 2014.

On performing keyword searches, we found the same report on The Times of India website. We found that the headline of the article had been updated but the content was exactly the same as the viral news clipping. On could clearly see the date of the article as October 14, 2014, and the author as Nauzer Bharucha. 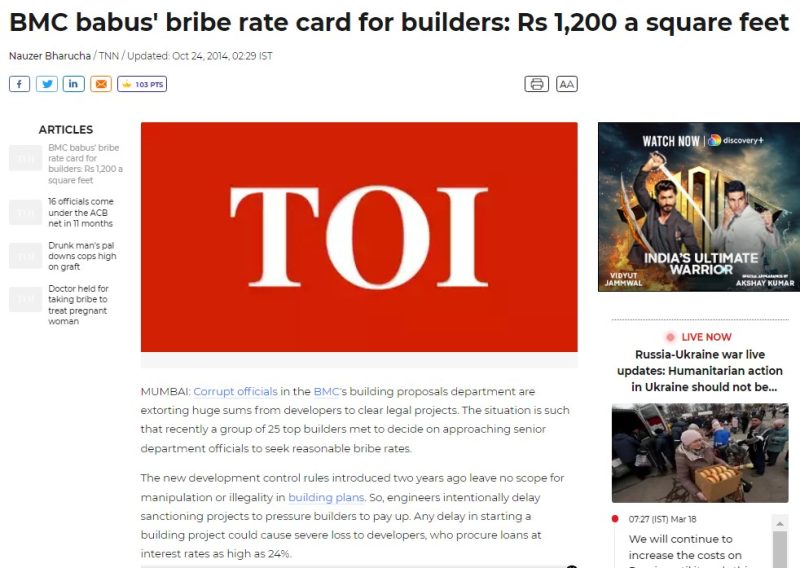 As per the report, back in 2012, new development control rules were introduced which  left no scope for manipulation or illegality in building plans, due to which, in 2014 a group of 25 top builders met and decided on approaching senior department officials to seek reasonable bribe rates.

Hence, with the above information, it can be concluded that the viral news clipping is being shared with misleading claims.