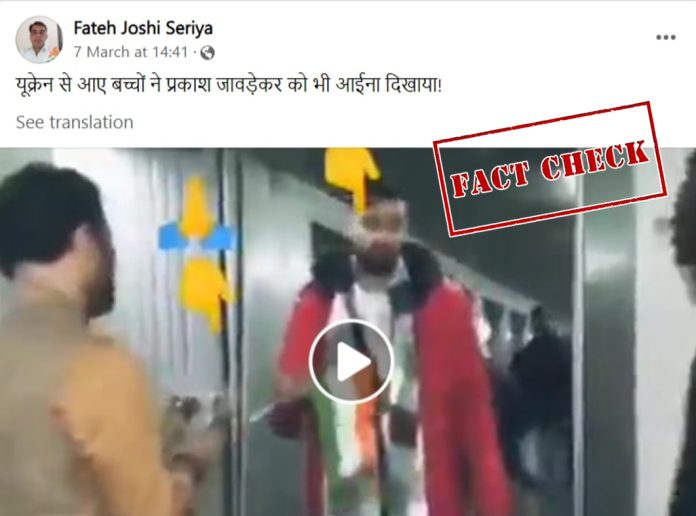 A video is being circulated on social media with a claim that students ignored MP Prakash Javadekar when he was welcoming them after being evacuated from war-torn Ukraine under Operation Ganga.

The video is being shared with a sarcastic caption that can be translated into English as, “Children returning from Ukraine showed the mirror to Prakash Javadekar.” 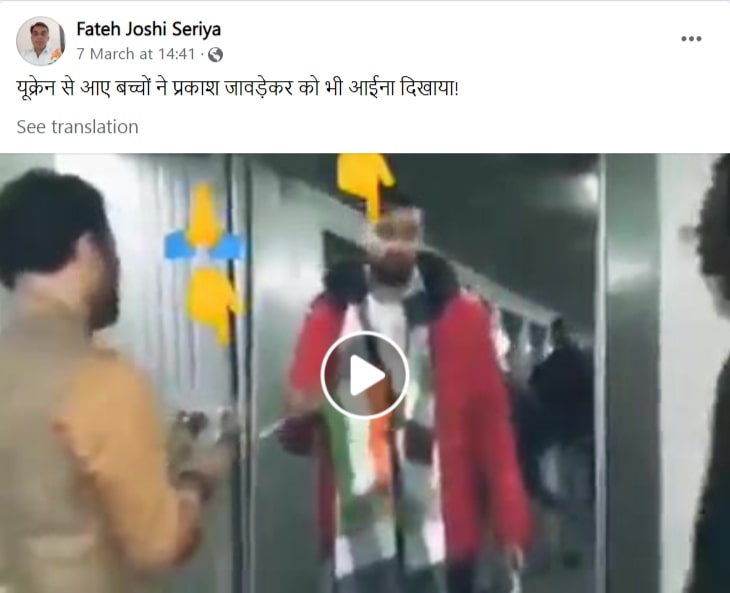 We extracted keyframes of the video and put them through Reverse Image Search. The search led us to the same video uploaded on YouTube with the title, “students ignored G Kishan Reddy | Indian Students | Ukraine| Bjp Minister.”

The video was uploaded with the description, “DNA: Operation Ganga – Analysis of the ‘indecent’ character of Indian students Thousands of Indian students were trapped in Ukraine amid the war crisis. The Government of India brought these students back safely under Operation Ganga. But when these students reached back to India, the indecency they showed was astonishing.”
The pictures of the same were also shared by G. Kishan Reddy on Twitter.

Welcome Back to Motherland!

Received our students who have been safely evacuated from #Ukraine, under @opganga, on behalf of our people, PM Shri @narendramodi ji & Government of India, today in New Delhi.#OperationGanga pic.twitter.com/TY08HJHp2Y

Hence, from the above fact check, it is clear that the viral video does not show Prakash Javadekar but union minister G. Kishan Reddy. Hence, the post is misleading.