Home Music & Entertainment Bollywood From Calling It A ‘Masterpiece’ To ‘Greatest Film Ever’, Here’s What Netizens... 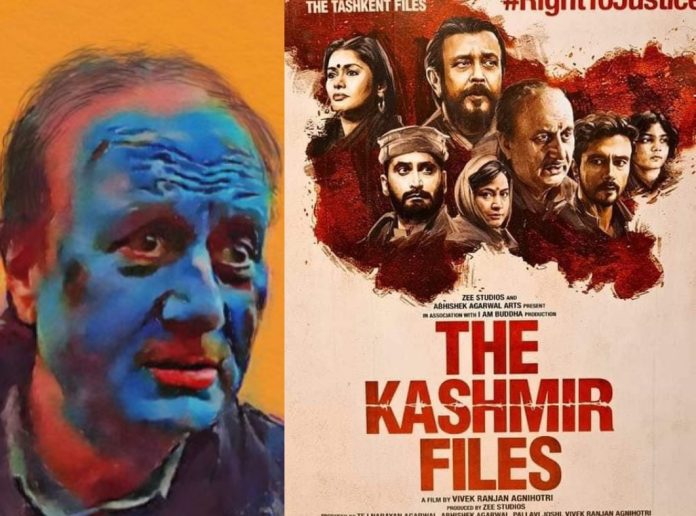 The much-awaited movie, ‘The Kashmir Files’ has hit the big screens on Friday. The movie starring Anupam Kher and Mithun Chakraborty is said to be the story of the real-life tragedy of endless cycles of violence, waves of separatism in Kashmir in the 1990s. It also portrays the misery of Kashmiri Pandits who were massacred and forced to flee their homeland during the same period.

The film has been creating a lot of buzz with its sensitive story since the trailer was released. After hitting the theaters, the movie is being praised for its realistic depiction of a tragedy that most people in the country were unaware of.

The netizens have started posting their reviews on social media, from the ones calling the film “masterpiece” to praise the star cast to some referring to it as ‘the greatest film’, here’s what netizens are saying about ‘The Kashmir Files’:

What a masterpiece by @vivekagnihotri Can’t even imagine what amount of pain kashmiri pandits have gone through. Silenced voices & no justice #TheKashmiriFiles #KashmirFiles #KashmiriPandits #JusticeForKashmiriPandits 😥What a brilliant unfiltered movie 👏🏻 hats off pic.twitter.com/ZgGOntpdbJ

Everyone should go and watch “The Kashmir Files” with whole family! It is one of those rare bollywood movies which shows reality and not white wash crimes! @vivekagnihotri @AnupamPKher @DarshanKumaar #KashmirFiles #TheKashmiriFiles #KashmirGenocide #KashmiriPandits #Jihad #Hindus

I request everyone to watch this #TheKashmiriFiles movie, what a masterpiece made by #VivekRanjanAgnihotri “Kashyap Rishi ka Kashmir” has one of the most sad tale of genocide to tell. #RightToJustice is the call of civilisation! pic.twitter.com/WokcTFWXdV

This whole film will haunt us for a long time,can’t even imagine the intensity of pain @vivekagnihotri ji this is a masterpiece.thank u for the eye opening 🙏 @DarshanKumaar I am so so proud of u. Kudos to whole #TheKashmiriFiles team 🙌
plz go and watch the film in theatre 🙏

This is not just a movie it’s the emotions and the pains of those people who struggled alot and so many bastards tried to hide the reality with we Indians. A new revolution. “सच्चाई को तुम जितना दबाओगे वो उतना बाहर आता है” #TheKashmirFiles #VivekRanjanAgnihotri #KashmirFiles pic.twitter.com/q9j7GCbBG4

#Indian #youth can waste 2.5 hr in #GangubaiKathiawadi , Then it would be shameful for them if they ignored #TheKashmiriFiles 🙂 Truth of Kashmiri Pandits, Kudos to #VivekRanjanAgnihotri for this masterpiece pic.twitter.com/zshsNcrUmu