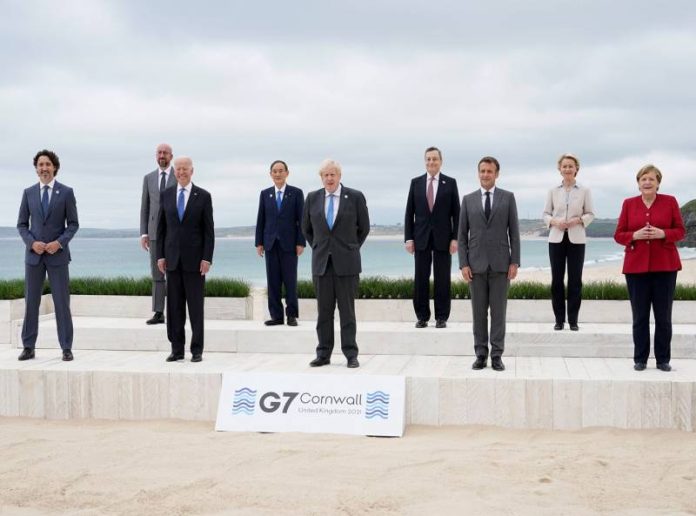 Leaders of the Group of Seven nations have promised to continue reducing their reliance on Russian energy, “while ensuring that we do so in an orderly fashion and in ways that provide time for the world to secure alternative and sustainable supplies,” according to a joint statement on Friday (local time).

The leaders — representing the US, UK, Canada, France, Germany, Italy and Japan — said they “remain resolved to isolate Russia further from our economies and the international financial system.” To stand with the people of Ukraine, Group of Seven partners are committed to taking more action that will financially isolate Russia, put pressure on Russian President Vladimir Putin and his enablers, the statement read.

They each agreed to deny Russia’s “most-favoured nation” status relating to key products, which will revoke the benefits of Russia’s membership in the World Trade Organization.
The leaders said they were working collectively to prevent Russia from obtaining financing from leading multilateral financial institutions including the International Monetary Fund, World Bank and European Bank for Reconstruction and Development.

G7 leaders are united in the determination to hold President Putin and his regime accountable for this unjustified and unprovoked war that has already isolated Russia in the world. “The world should join together in calling on President Putin and his regime to immediately stop its ongoing assault against Ukraine and withdraw its military forces. We stand in solidarity with those who are bravely opposing the invasion of Ukraine,” the statement read.

The Group of Seven also urged Russia to ensure safe and unhindered humanitarian access to victims of its assault in Ukraine and to allow safe passage for civilians wishing to leave.
“We call for, and commit to provide, humanitarian, medical and financial support to refugees from Ukraine,” they said in a statement.

They said that additionally, private sector companies are leaving Russia with unprecedented speed and solidarity.