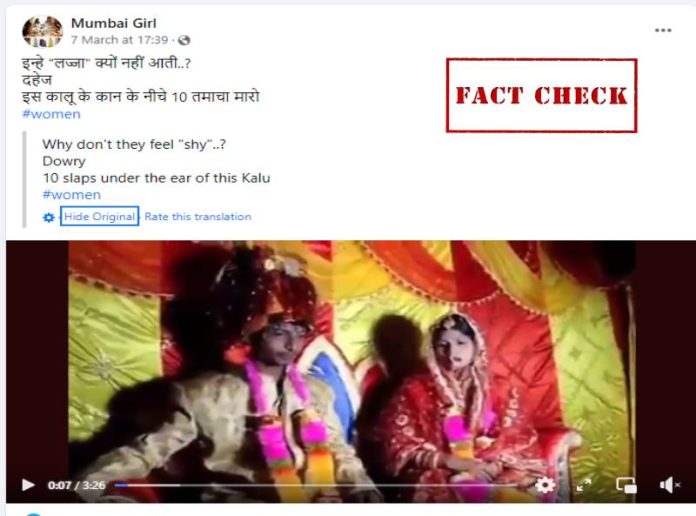 A video of a bridegroom refusing to marry without dowry is being widely shared on social media. In the video, a cameraman can be seen interviewing a groom who justifies his action. The groom says that he has a government job and his father was a teacher so it is acceptable for him to demand dowry. 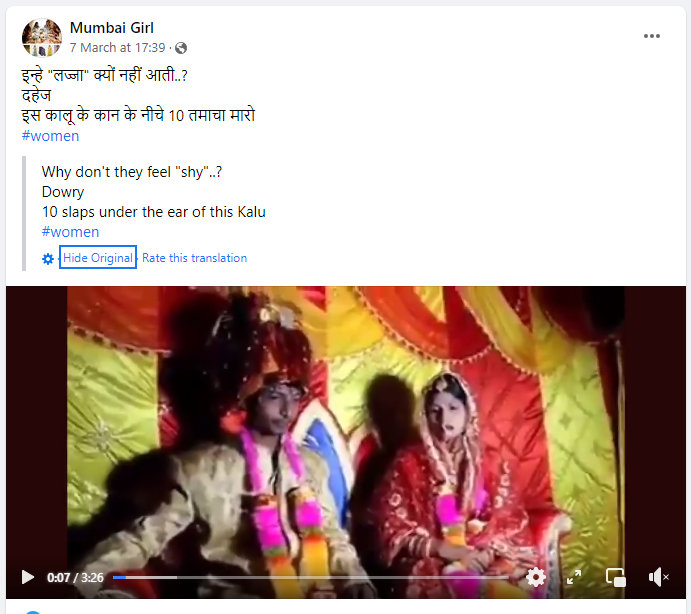 On doing breaking the video into multiple keyframes and doing a Google Reverse Image Search, we found the same video was uploaded on a Facebook page, Vikram Mishra, on February 3, 2022. The profile mentioned him as ‘Artist, Producer and Actor’. We found that the page had many similar staged videos uploaded on it.

We also found that Vikram Mishra had also shared a screenshot of a news organisation that had reported about the video. He had shared the screenshot with a caption saying that the video that was made by him went viral. He wrote, “मेने ये वीडियो बनाया था जो वायरल हो गया.” (English translation, “I made this video that went viral”) 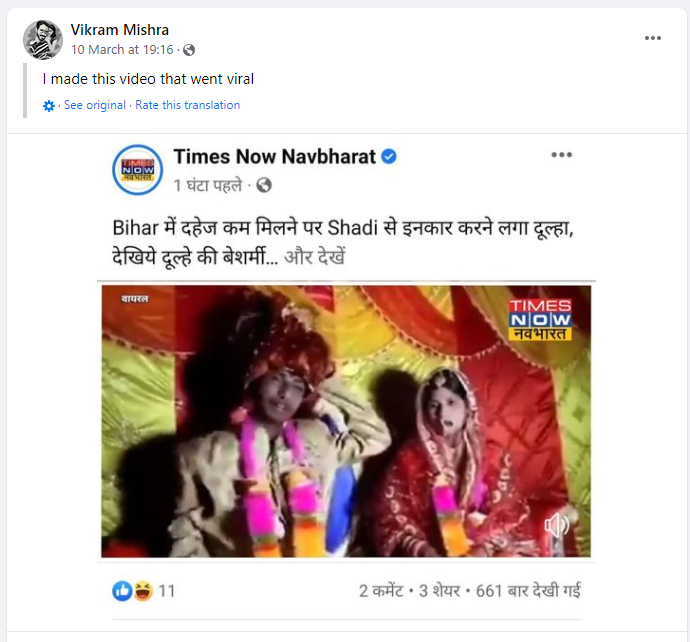 We also contacted Vikram Mishra who confirmed that the video was scripted for entertainment purposes.

Hence, a staged video has gone viral to suggest a groom in Bihar was asking for dowry.