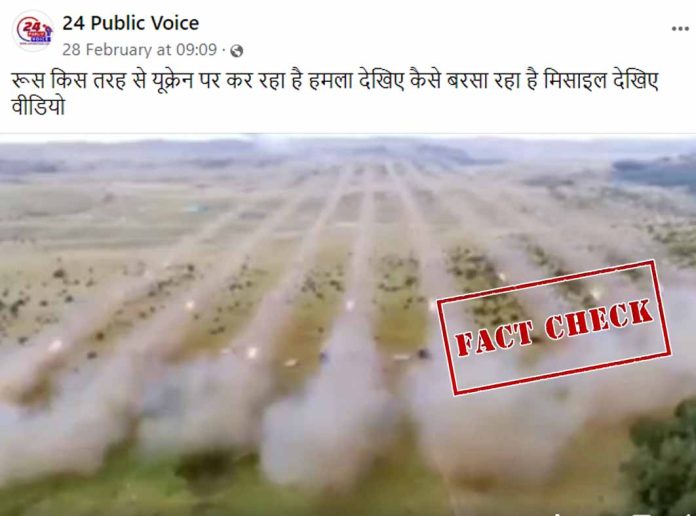 Amid the ongoing Russia-Ukraine war, a video showing continuous firing of missiles is being widely shared on social media to show Russia’s insistent attack on Ukraine.

(English translation: See how Russia is attacking Ukraine, see how it is raining missiles, watch video) 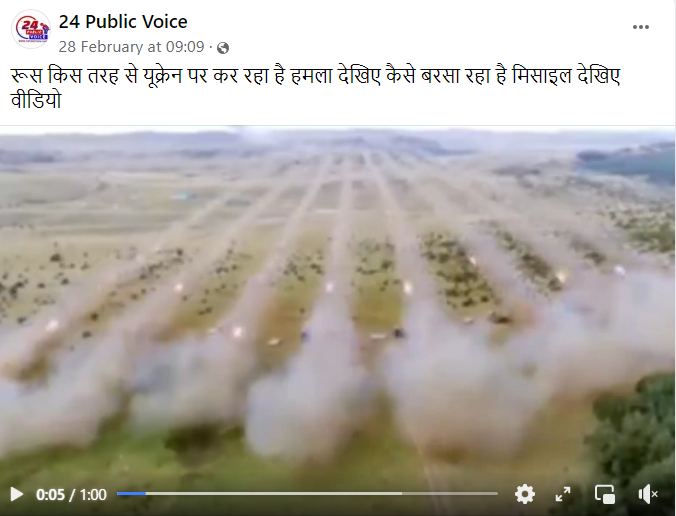 Using the InVid Tool, we extracted keyframes from the viral video and performed a Yandex Reverse Image Search. This search directed us to an article published in 2020 that carried a screengrab from the viral video. The image caption read, “Deadly danger for units on the march: the mass fire of mobile rocket launchers, precisely guided by observation drones, here during a manoeuvre by the Serbian army.” 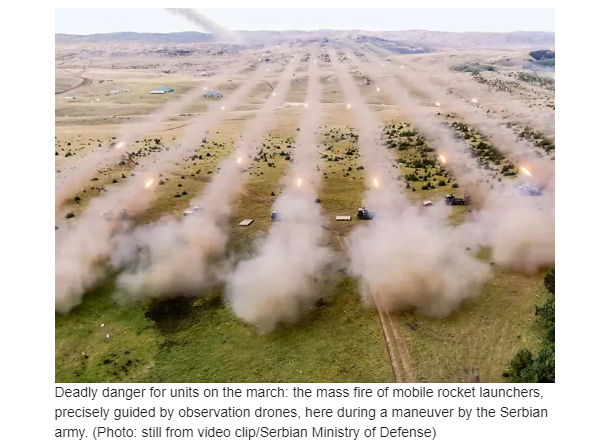 Taking a cue from this, we searched further with relevant keywords and found the viral video uploaded on the YouTube channel of “Ministry of Defense and the Serbian Army” on October 11, 2020. At 7 minute 44 seconds, one can see visuals similar to the viral video. The video description can be translated in English to, “Exercise “Cooperation 2020″ presented a part of the ability of units of the Serbian Army in conducting joint forces operations. The ability of a part of the units of the Serbian Army to perform air and anti-aircraft actions, air fire support, offensive operations of the units of the Land Army and the landing of special forces is shown.”

Thus, it is evident from the above information that an old video from Serbia is being falsely shared to depict Russia’s missile attack on Ukraine. Therefore, the viral claim is misleading.