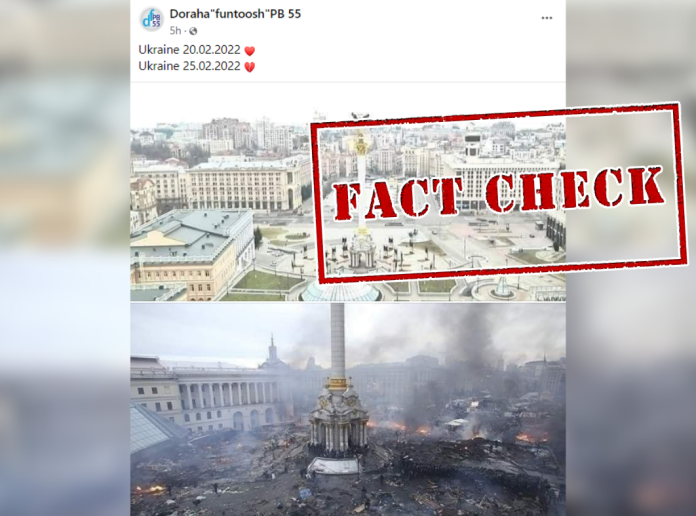 Amid the ongoing Russia-Ukraine war, Russian missiles destroyed Kharkiv’s Independence Square along with razing many other structures and buildings to the ground. In this backdrop, a collage of images showing before and after pictures of to depict the extent of devastation is being widely shared on social media. 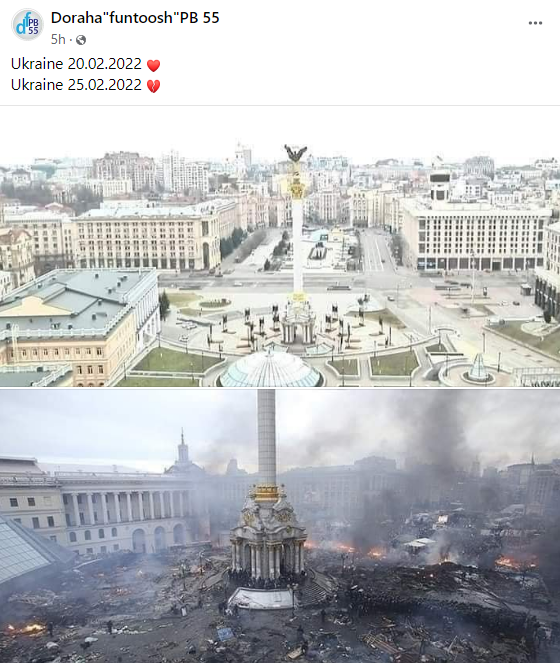 Doing a Reverse Image Search of the top image in the viral post, we found that the photo is of Independence Square in Kyiv, Ukraine. 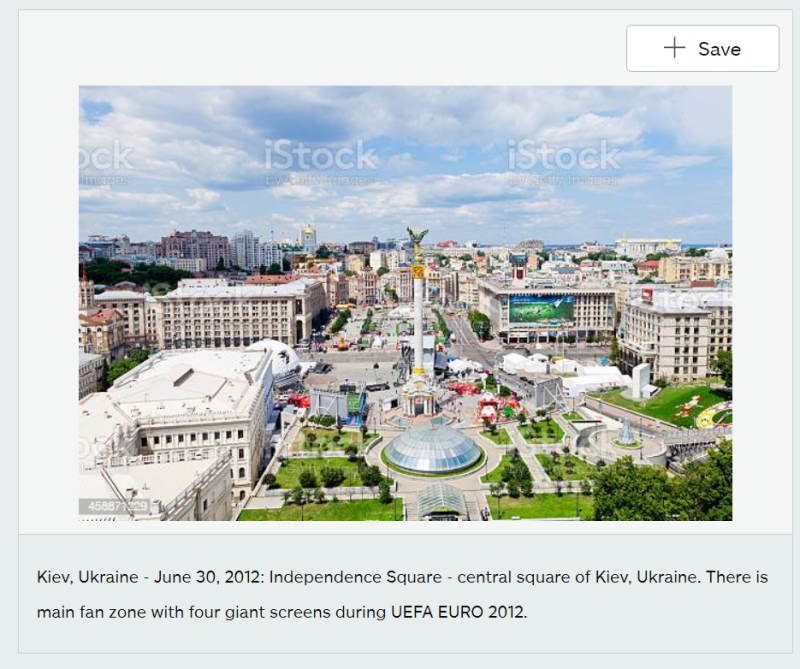 Taking a cue from this, we performed a Reverse Image Search on the bottom image with relevant keywords. This search directed us to ABC news report which published the same viral image on February 20, 2014. The headline of the article reads, “Ukraine protests: Before and after photos from Kiev’s battle zone.” 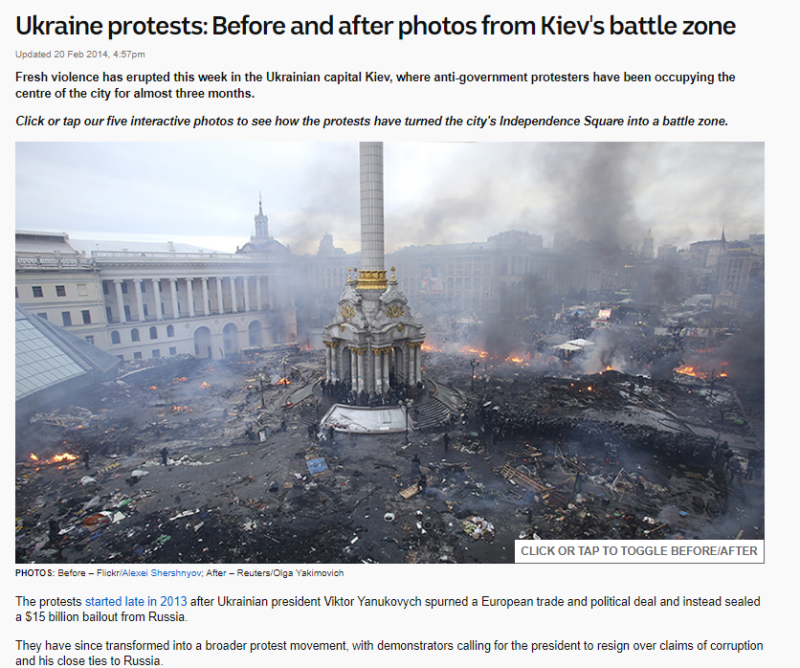 Searching further, we found the same image in another article dated February 19, 2014. The caption of the image read, “An aerial view shows Kyiv’s Independence (Maidan) Square following some of the worst clashes between anti-government protesters and riot police on Wednesday.” 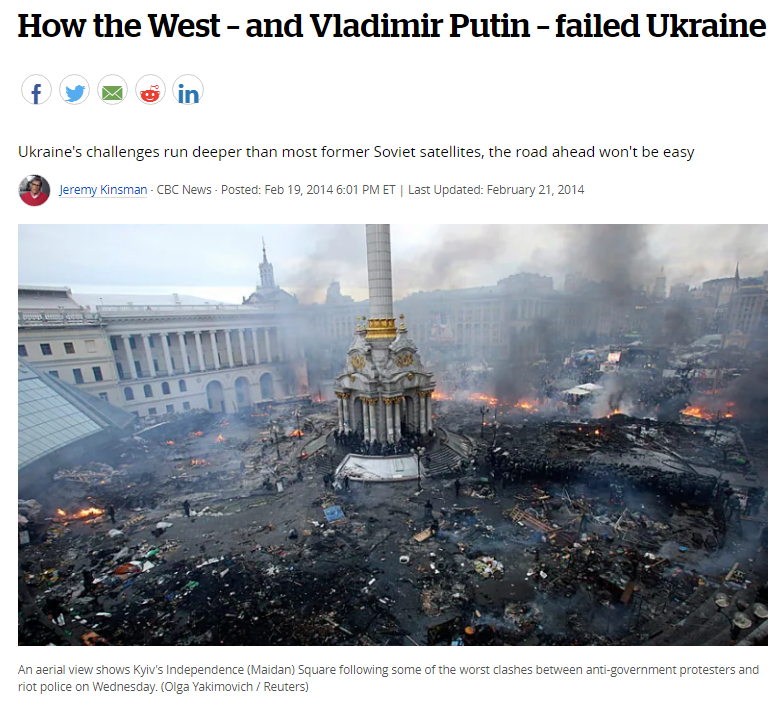 We also a video news report published by BBC News on February 21, 2014, that reported the same incident. According to the video description, “At least 21 people have been killed in Kiev since Wednesday night in clashes between anti-government protesters and police.”

Thus, it is evident from the above information that an old image is being falsely shared to suggest destruction in Ukraine’s Independence Square in Kyiv due to the ongoing conflict.