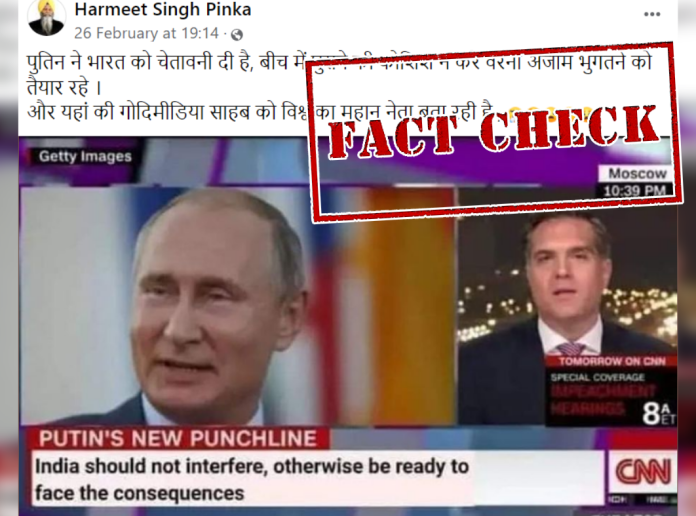 After Russia started its military operation in Ukraine on February 24, 2022, Russian President Vladimir Putin warned several countries against interfering in their conflict. Against this backdrop, a screenshot of English news channel CNN is being widely shared on social media claiming that Vladimir Putin has warned India against interfering in the ongoing Ukraine-Russia conflict.

(English translation: Putin has warned India, do not try to enter in the middle or else be ready to face the consequences. And the Godimedia here is telling the great leader of the world) 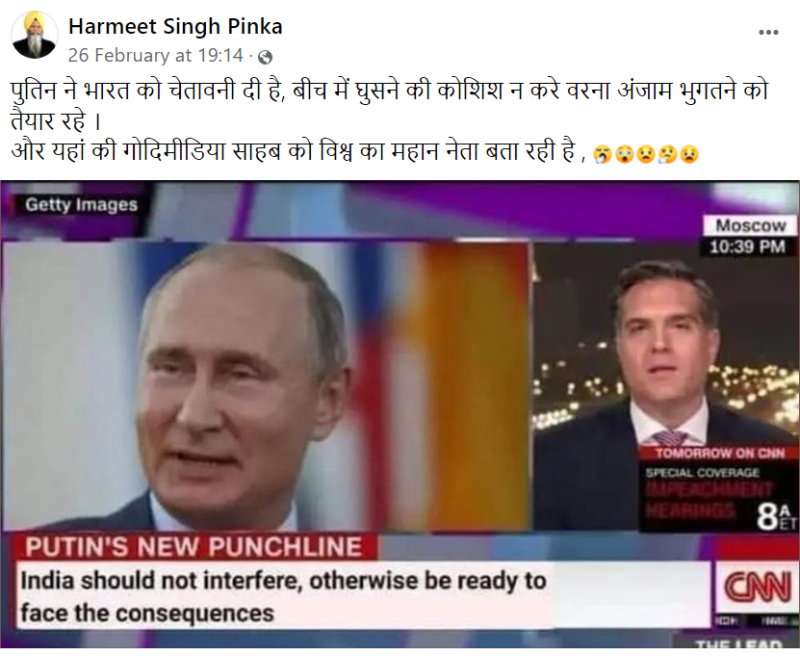 NewsMobile fact-checked the above claim and found that the image is altered.

Starting with our investigation, we searched the web but could not find any credible media report stating that Russia has warned India against interfering in the Ukraine-Russia conflict.

We then performed a Reverse Image Search and found a video uploaded by CNN News on November 12, 2019. The headline of the report read, “Russian interference in U.S. elections now comedy fodder for Kremlin.” 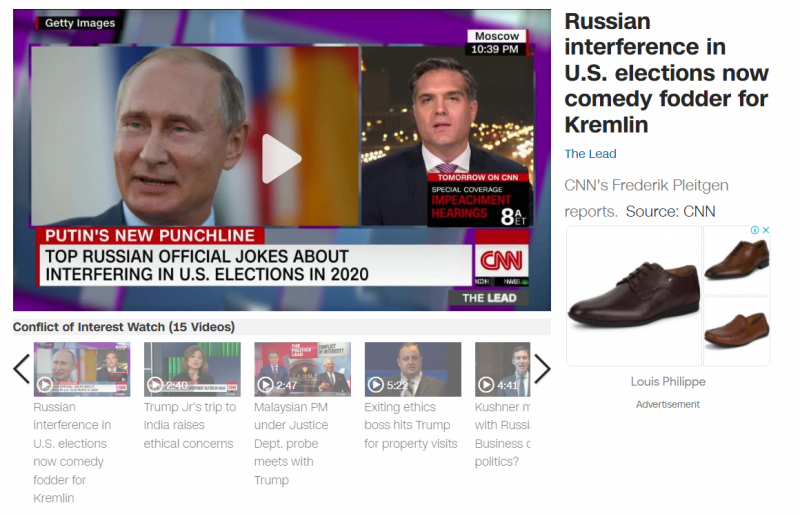 On comparing the viral image with the original image, we found that the bottom text has been replaced from “Top Russian Official Jokes About Interfering in US Elections in 2020” to “India should not interfere, otherwise be ready to face the consequences.”

The original screenshot was also shared on the verified Twitter handle of ‘The Lead CNN’ posted on November 13, 2019.

Thus, it is evident from the above information that an altered image of CNN news report is being falsely shared as Putin warning India against interfering in the ongoing Ukraine-Russia conflict.