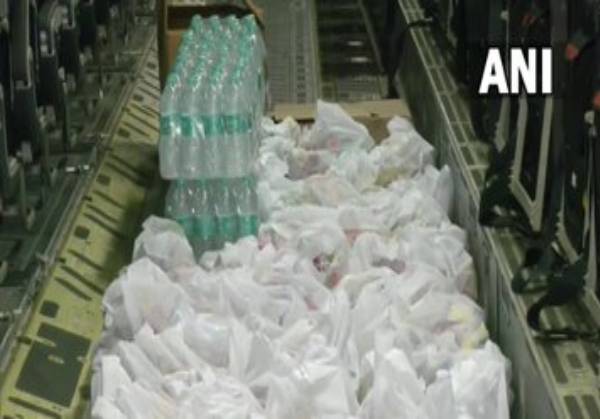 Ramping up the government’s efforts to evacuate Indian nationals stranded in Ukraine, an Indian Air Force (IAF) C-17 transport aircraft left for Romania in the early hours of Wednesday morning.

The aircraft has taken off from the Hindan airbase at around 4 am.

This comes after Prime Minister Narendra Modi chaired a high-level meeting on Tuesday to review the efforts to bring back Indians stranded in Ukraine and asked the Indian Air Force to join the evacuation efforts under Operation Ganga.

The sources said that leveraging the capacities of the Air Force will ensure that more people can be evacuated in a shorter time frame and it will also help to deliver humanitarian aid more efficiently.

After Russia’s forces launched military operations in Ukraine on February 24, the Government of India launched ‘Operation Ganga’ to bring back stranded Indian nationals from the conflict-torn Ukraine. As part of the ‘Operation Ganga’ mission, special flights are being operated free of cost. The first such evacuation flight carrying 219 Indian nationals stranded in Ukraine landed in Mumbai on February 26. Several such flights have landed in the country so far.

A dedicated Twitter Account (@opganga) has been set up to assist Operation Ganga. The Indian Embassy in Kyiv has advised Indian citizens against moving to any of the border checkpoints without prior coordination with government officials at border posts.

In a bid to energize the evacuation efforts, the Government of India appointed four special envoys who will oversee evacuation operations of stranded Indians in Ukraine’s neighbouring countries. Union Minister for Petroleum and Natural Gas Hardeep Singh Puri will oversee evacuation efforts in Hungary, Union Law Minister Kiren Rijiju in Slovakia, Gen (retd) VK Singh in Poland while Civil Aviation Minister Jyotiraditya Scindia will be going to Romania and will also go to Moldova.

“Of the remaining 40 per cent, roughly half remain in the conflict zone in Kharkiv and the other half have either reached the western border of Ukraine or are heading towards the western border. They are generally out of conflict areas,” Shringla said.

Briefing the media about the evacuation of Indians including students from Ukraine in the wake of Russian military operations, Shringla informed that over the next three days, 26 flights have been scheduled to bring out Indian citizens. “Apart from Bucharest and Budapest, airports in Poland and the Slovak Republic will also be used,” he said.

An Indian student, Naveen Shekharappa died in Ukraine’s Kharkiv following shelling in the area on Tuesday. He hailed from the Haveri district in Karnataka. PM Modi has spoken to the father of Naveen Shekharappa to express his condolences.

These countries have also promised Ukraine to help with military aid to fight Russia.
The US, Canada and European allies agreed to remove key Russian banks from the interbank messaging system, SWIFT which means Russian banks won’t be able to communicate securely with banks beyond Russia’s borders. President Putin has also signed a decree on special economic measures against the US and its allies.

Fighting in Ukraine has so far pushed more than 500,000 people across the country’s borders, according to the UN refugee agency.

Speaking at an emergency session of the UN General Assembly on February 28, Russia’s Permanent Representative to the United Nations, Vasily Nebenzya, had said that Russia has no plans to occupy Ukraine.

On February 28, negotiations between delegations of Russia and Ukraine were held in the Gomel Region of Belarus and another round of talks is scheduled for March 2.