Fact Check: Does This Video Show An Ukrainian Soldier Bidding Farewell To His Family? Here’s The Truth | Newsmobile
Monday, December 5, 2022 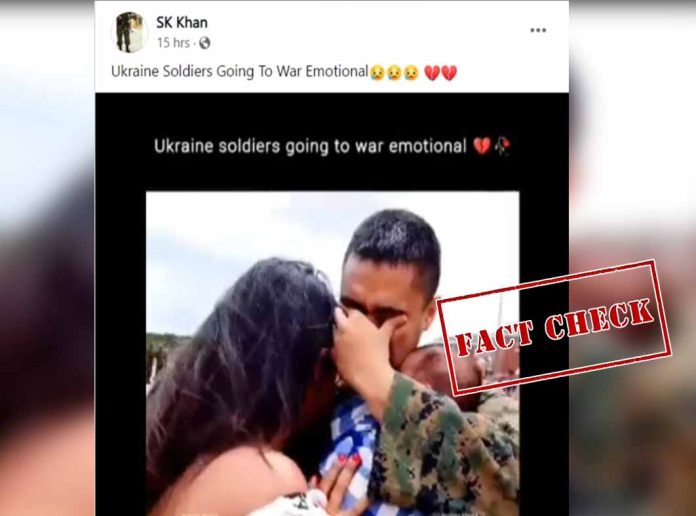 A video showing a soldier crying and hugging his child and wife is being shared on social media with a claim that he is an Ukrainian soldier bidding farewell to his family.

The video is being shared with the caption, “Ukraine Soldiers Going To War Emotional.” 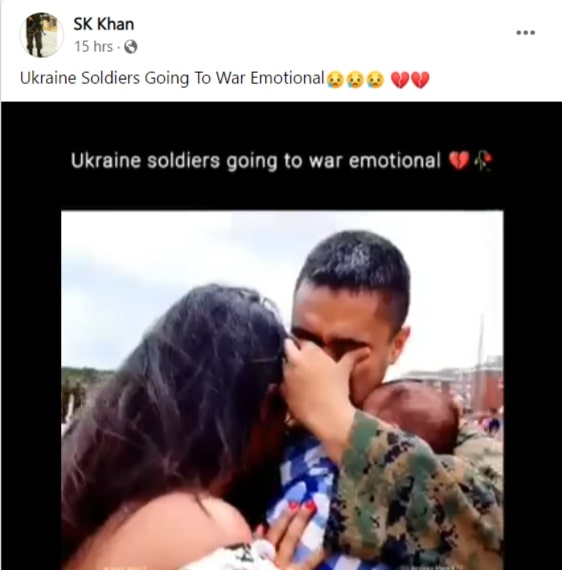 A simple Reverse Image Search on the keyframes of the video led us to the same video which was uploaded on YouTube on October 2, 2018, with the title, “Marine Meets Newborn Son for First Time.” 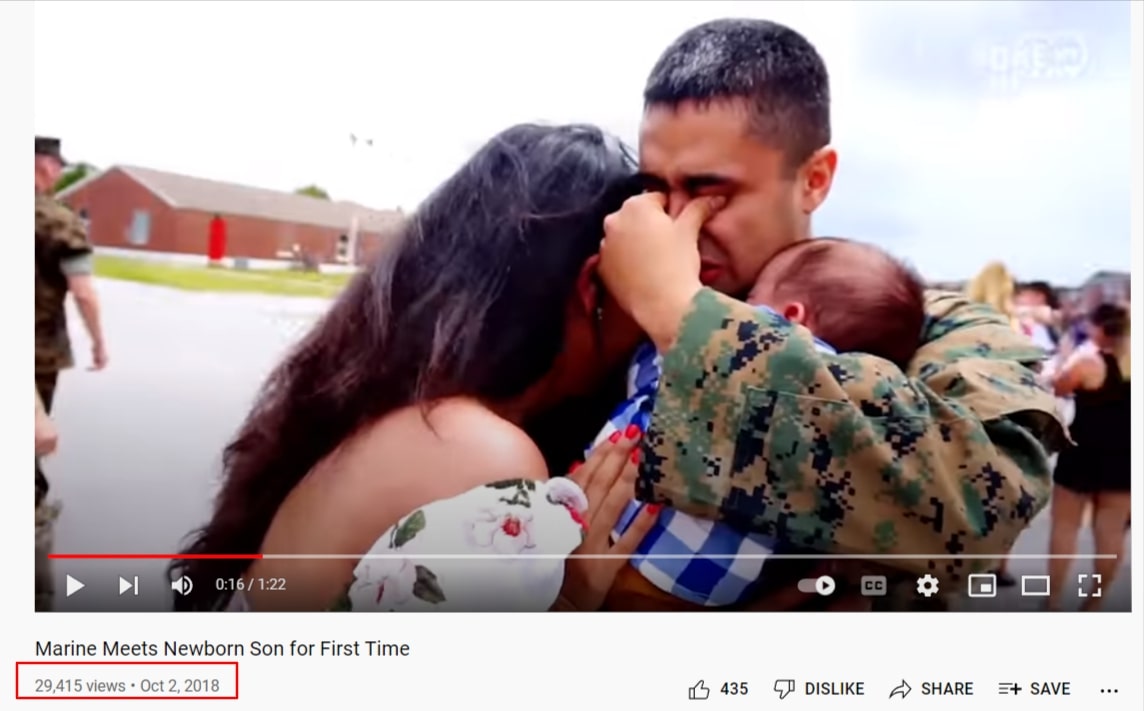 The same video was uploaded on the YouTube channel of Francis Crespo on August 12, 2018. “#MarineCorps #CampLejeune #Marinehomecoming Such a magical day (August 3, 2018),” the video description read.

In the video, ‘US Marines’ is visible on the uniform of the soldier. 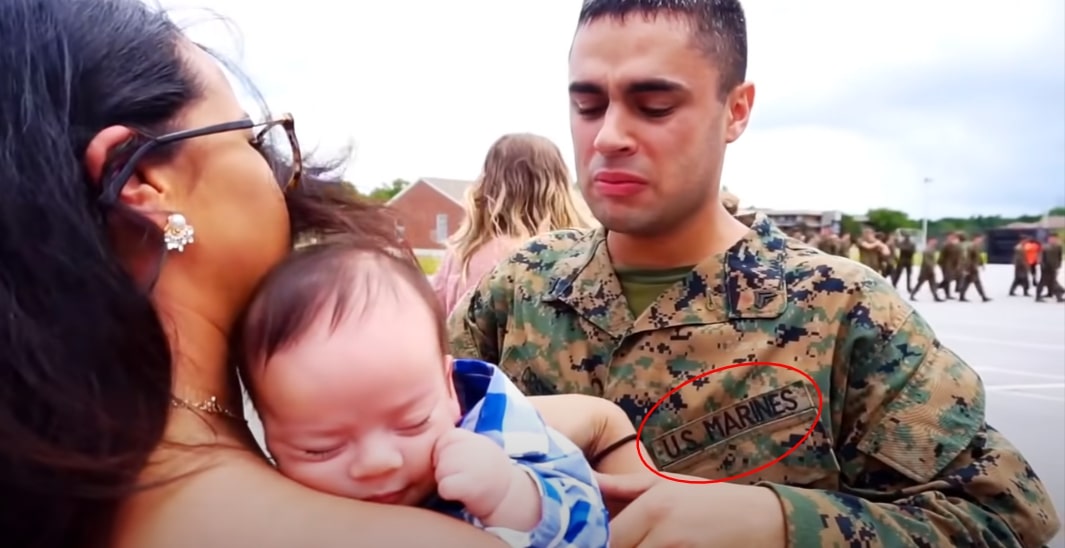 Francis Crespo had previously uploaded several vlogs about her family including the one where her husband was leaving. 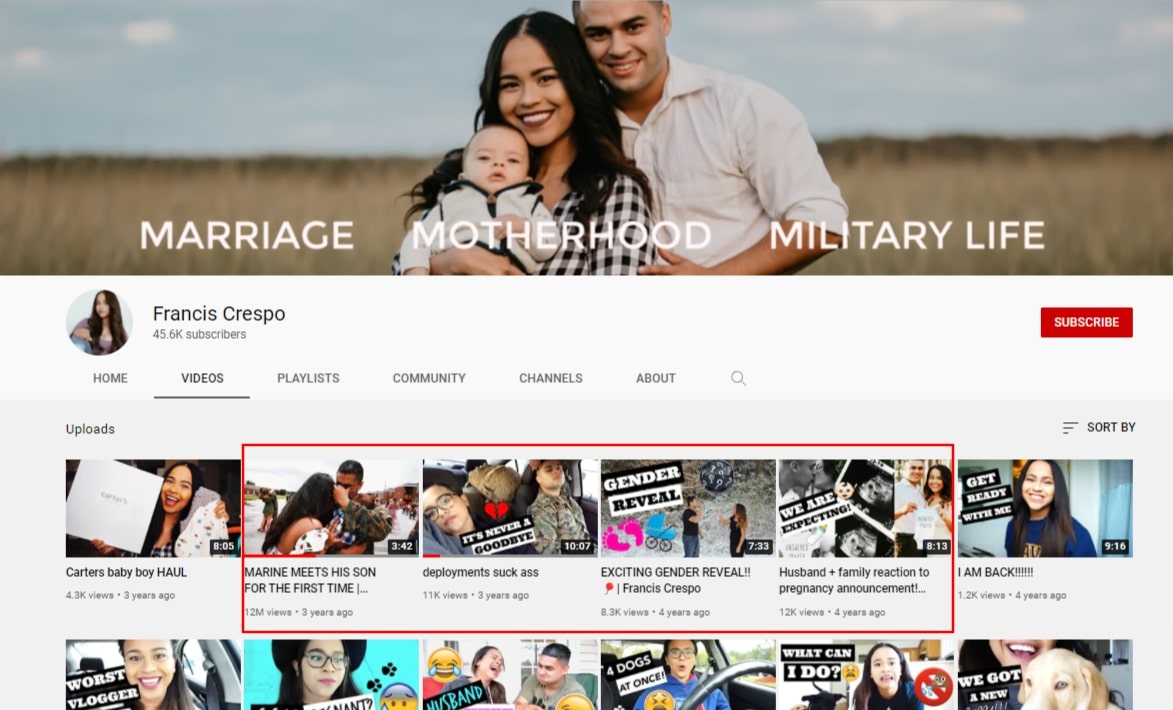 Thus, it is clear that it is a 2018 video showing a US Marine meeting his a newborn after coming back from deployment.

Hence, the claim that the video is of an Ukrainian soldier bidding farewell to his family is false.