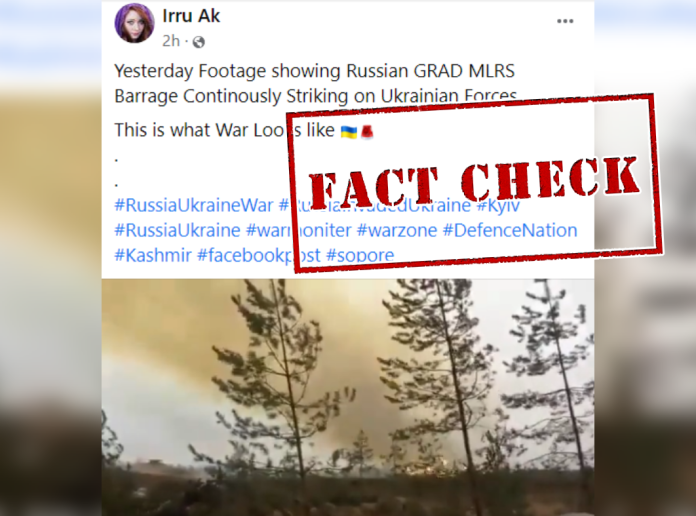 On February 24, 2022, Russian President Vladimir Putin ordered his troops to launch a military operation in Ukraine.

“Russia said its first day of the Ukraine invasion had achieved all its goals and that it had destroyed 83 land-based Ukrainian targets. According to official reports, Russia had carried out 203 attacks on its western neighbour since the beginning of the day,” reads a news report by NDTV.

In this backdrop, a video of a group of soldiers watching a series of rockets being fired is being widely shared on social media linking it to the ongoing Russia-Ukraine conflict.

The video is being shared on Facebook with the caption, “Yesterday Footage showing Russian GRAD MLRS Barrage Continuously Striking on Ukrainian Forces. This is what War Looks like.” 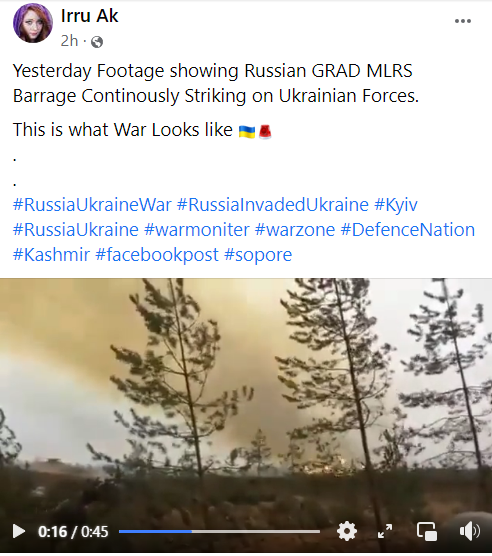 Using the InVid Tool, we extracted keyframes from the viral video and performed a Yandex Reverse Image Search. This search directed us to a Russia based social media platform ‘VK’ that carried the same viral video on December 17, 2018. The caption, in Russian, can be translated in English to, “Cities overhead. Scary. Grad rocket launchers fire through the positions. How do grad rockets fly if they fly overhead.” Thus, it is evident that the video is not related to the recent Russia-Ukraine conflict. 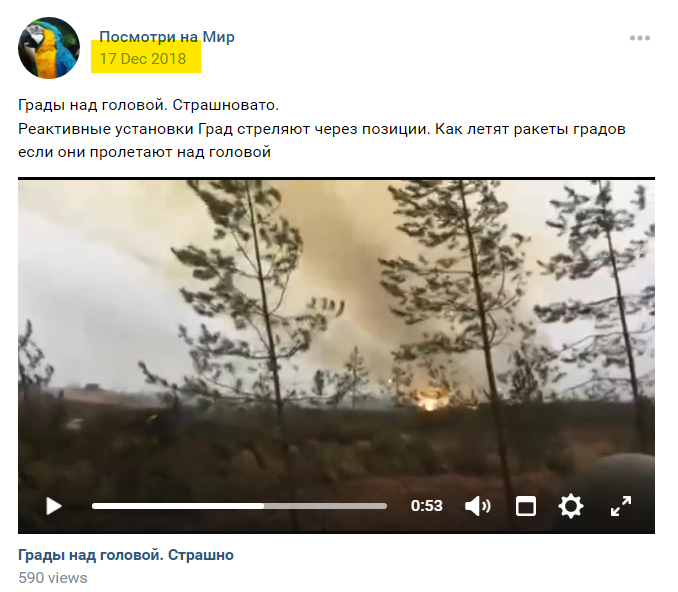 Searching further, we found the same video uploaded on Twitter in December 2018. The caption of one of the tweets read, “In the morning of 25 December Grads of raguls of #Country404 aka #Ukraine launched from #Mariupol attack at Donbas, via Nina Gritsenko”. 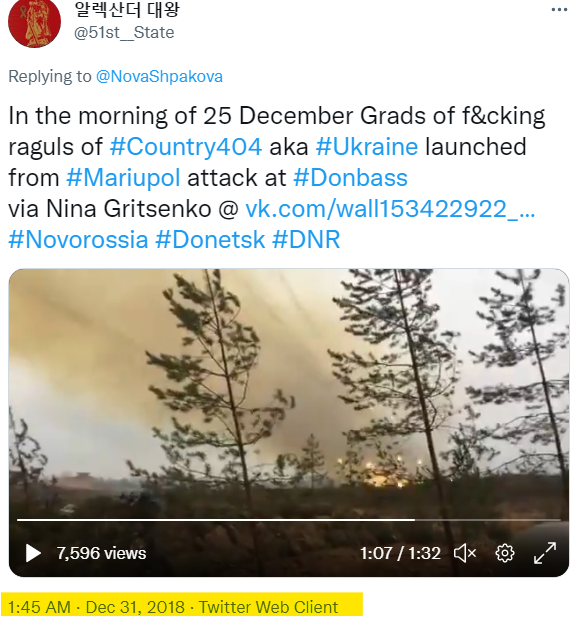 More searches directed us to a YouTube channel that carried the same viral video on January 14, 2019, with the description, “Interesting view of Grad barrage.”

Though we could not independently verify the source of the viral video, it is evident from the above information that the video has been in circulation since 2018 at least and is not related to the ongoing Russia-Ukraine conflict. Therefore, the viral claim is misleading.