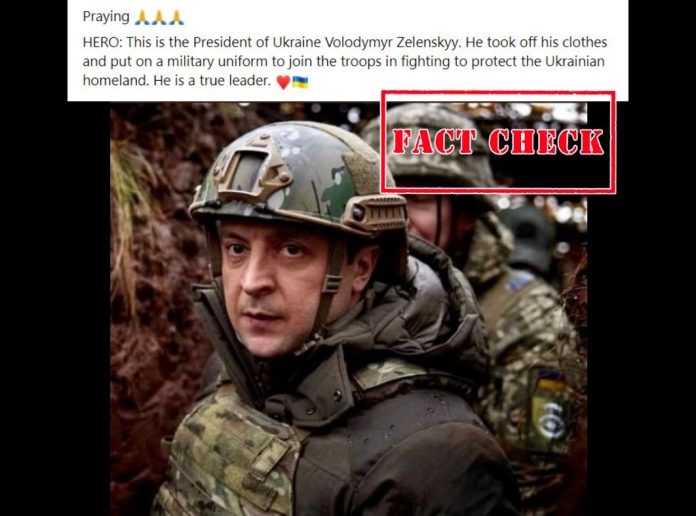 As Russia launched a military operation on Ukraine on February 24, 2022, an image of Ukrainian President Volodymyr Zelensky has surfaced on social media platforms with the claim that the PM of the war-hit country has donned the military uniform in order to join the country’s defense troops in the ongoing attack.

A Facebook user shared the image with the caption, “This is the President of Ukraine Zelensky. He took off his clothes and put on a military uniform to join the troops in fighting to protect the Ukrainian homeland. He is a true leader.” 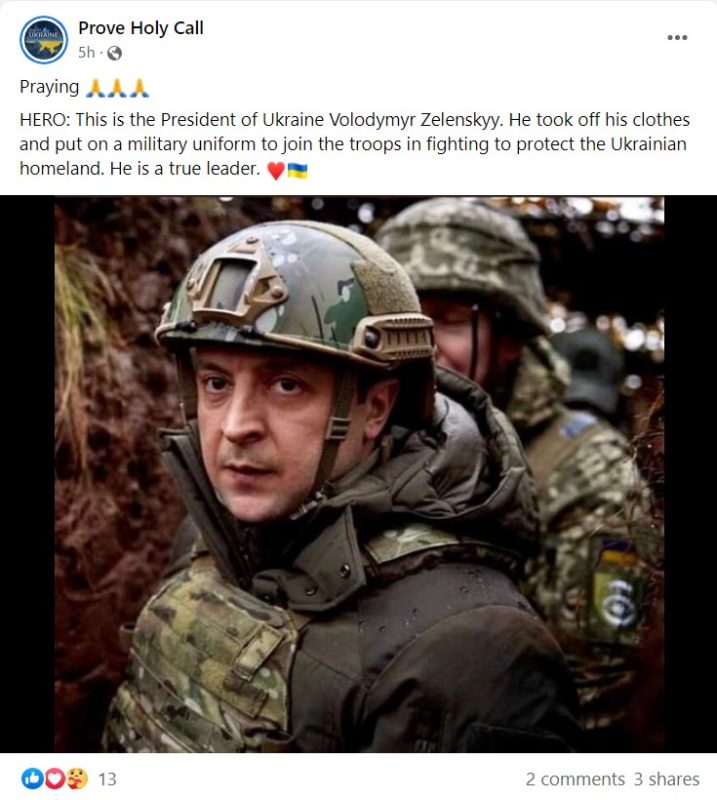 Several other Facebook users are sharing the image with the same caption.

NewsMobile fact-checked the image and found it to be shared with a misleading claim.

On performing a Reverse Image Search, we found this image in the stock images website “Getty Images.” The image was uploaded on December 6, 2021 with the caption, “Ukrainian President Volodymyr Zelensky visits Donbass
DONBASS, UKRAINE – DECEMBER 06: (—-EDITORIAL USE ONLY â MANDATORY CREDIT – “UKRAINIAN PRESIDENCY / HANDOUT” – NO MARKETING NO ADVERTISING CAMPAIGNS – DISTRIBUTED AS A SERVICE TO CLIENTS—-) Ukrainian President Volodymyr Zelensky visits the front-line positions of Ukrainian military in Donbass, Ukraine on December 06, 2021. (Photo by Ukrainian Presidency / Handout/Anadolu Agency via Getty Images).”

Other images from Zelensky’s visit on the same date can be found here. 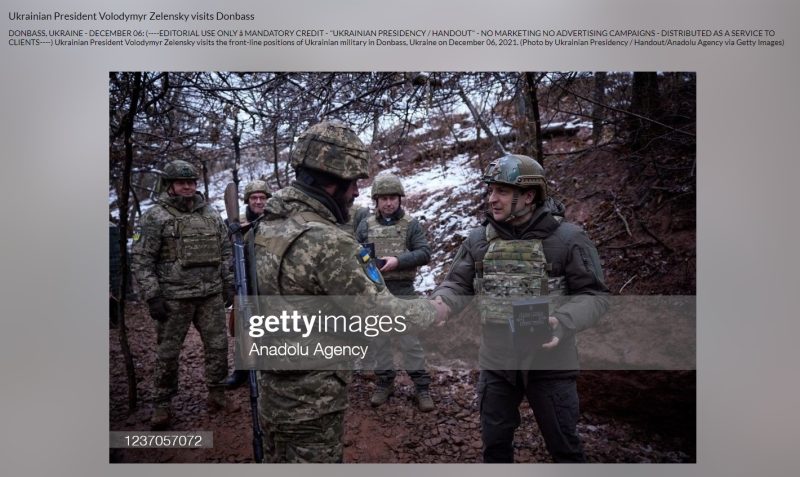 “President of Ukraine Volodymyr Zelensky on Monday, December 6, visited the front-line positions of the Ukrainian military in Donbas, the presidential press service reports,” reads an excerpt from Interfax report that was published on December 6, 2021.

Therefore, the image is being shared with a misleading claim in the midst of the ongoing crisis in Ukraine.

However, Ukrainian President Zelenskyy is still in Ukraine. He was urged to evacuate Kyiv at the behest of the U.S. government but turned down the offer. The official quoted the president as saying that the fight is here” and that he needed anti-tank ammunition but not a ride.