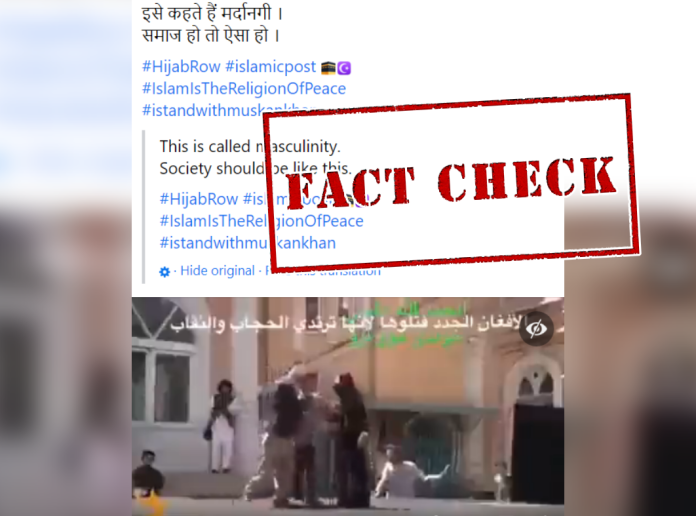 A disturbing video in which several men can be seen brutally beating a woman wearing a burqa is being widely shared on social media linking it to the ongoing Hijab row in the country.

“The hijab row came to the fore on January 1 at Government PU College in Udupi, where six female students claimed that they were not allowed to enter classrooms wearing hijab. They started a protest and counter-demonstrations involving saffron scarves have since spread to other states,” read a news report by NDTV.

The video is shared on Facebook with a caption in Hindi, “इसे कहते हैं मर्दानगी समाज हो तो ऐसा हो)

(English translation: This is called masculinity. Society should be like this) 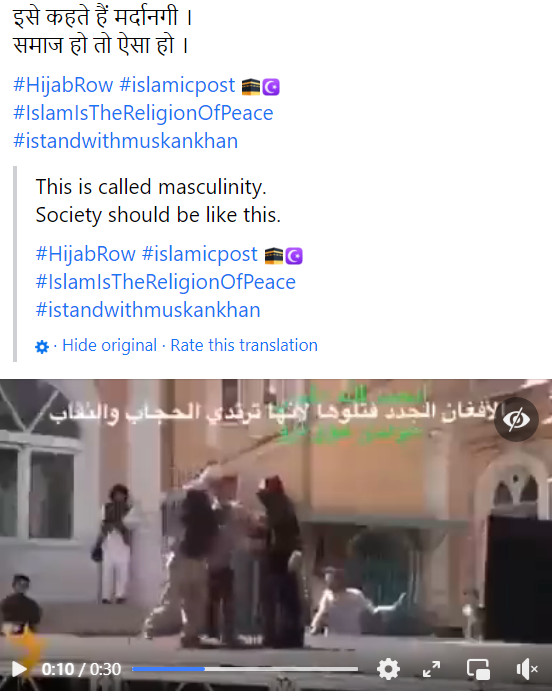 Using the InVid Tool, we extracted keyframes from the viral video and performed a Reverse Image Search. This search directed us to the YouTube channel of FRANCE 24 English that carried the longer version of the same viral video on July 30, 2015. The video description reads, “The Observers: A young Afghan woman wrongly accused beaten to death.”

The video starts with the interview of a woman ideantified as “Leena Alam, actress”. 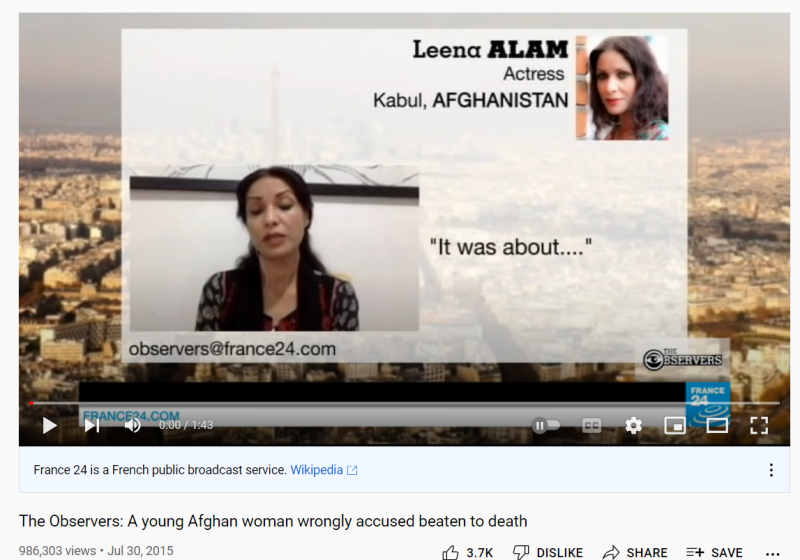 Taking a cue from this, we did a keyword search and found a news report published by France 24 dated April 28, 2015, that reported the same incident. The headline of the article read, “Woman’s lynching re-enacted in Kabul.” 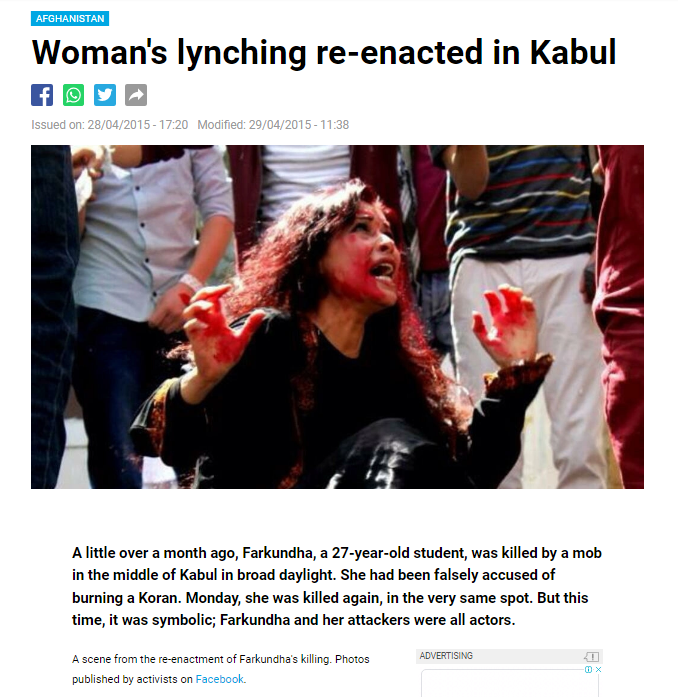 The article further read, “A little over a month ago, Farkundha, a 27-year-old student, was killed by a mob in the middle of Kabul in broad daylight. She had been falsely accused of burning a Koran. Monday, she was killed again, in the very same spot. But this time, it was symbolic; Farkundha and her attackers were all actors. The videos of this re-enactment are chilling. The actors are convincing, and the pain of the woman who plays Farkundha looks real.”

Searching further, we found the entire play uploaded on the verified YouTube channel of Ariana Television on April 27, 2015. The video description can be translated in English to, “Afghan artists depict Farkhunda’s suffering on the 40th day of his assassination. In this street theatre, Lina Alam, a young Afghan artist, played the role of Farkhunda.”

Thus, it is evident from the above information that an old video of a street play is being falsely linked to the hijab controversy.