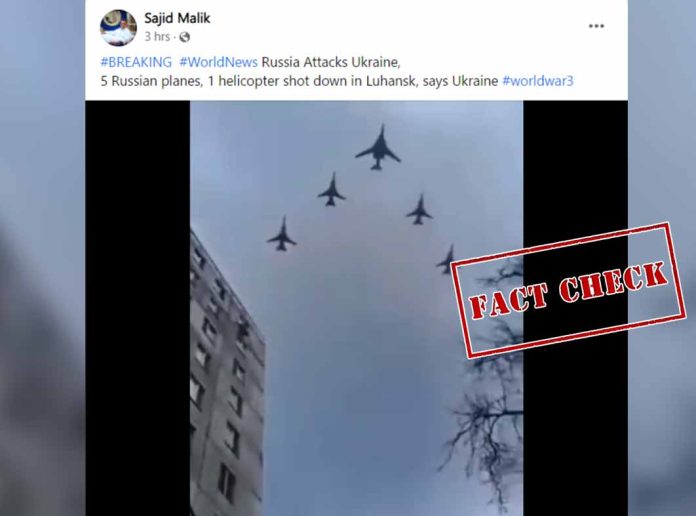 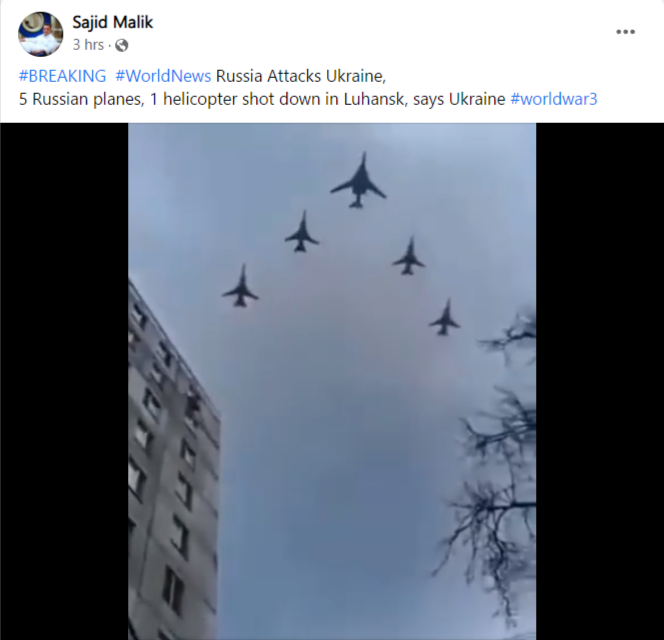 The same video was run by many Indian media outlets like Times Now and Republic World too.

We ran a Reverse Image Search on the Russian search engine – Yandex and found the link to the same video, which was uploaded on YouTube in May 2020.

The Google Translation of the title read, “Parade rehearsal 05/04/2020. Air part. Flight of aircraft over Tushino.” 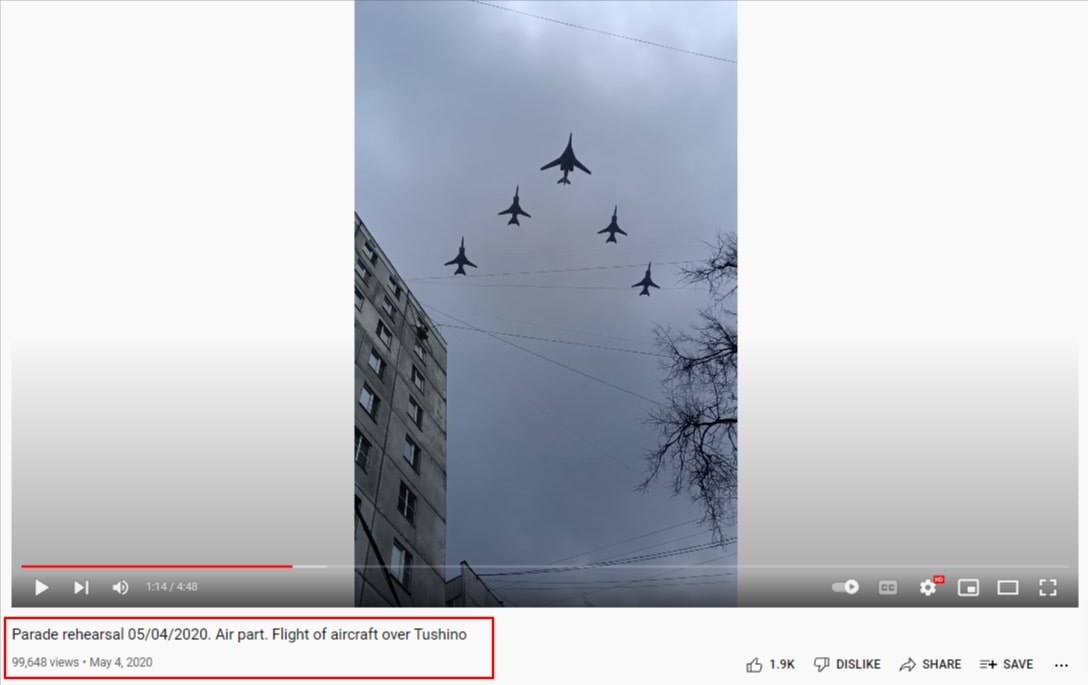 We found that the same video was shared by multiple channels on YouTube in May 2020.

Similar rehearsal videos were also shared on the YouTube channel of The Moscow Times on May 4, 2020 with the title, “Military Planes Fly Over Moscow in Victory Day Rehearsal | The Moscow Times.”
However, we also found reports stating that ‘The Ukrainian military claimed on Thursday(February 24, 2022) to have shot down five Russian planes and a helicopter in the east of the country near a rebel-held enclave’.

News Agency ANI also shared the same in a tweet. The tweet read, “Ukraine military says five Russian planes and a Russian helicopter were shot down in Luhansk region: Reuters.”

Thus, from the above fact check, it is evident that the viral video is at least two years old and does not depict the recent scenario in Ukraine.