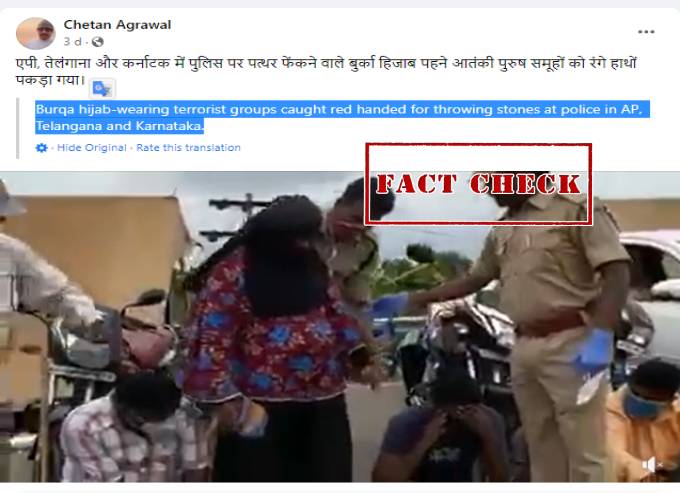 Amid the ongoing hijab row, a video is widely being shared on social media in which a man wearing a burqa is being arrested by the police.

The video is being shared with a claim that the man has been arrested for pelting stones at the police in Andhra Pradesh, Telangana and Karnataka. 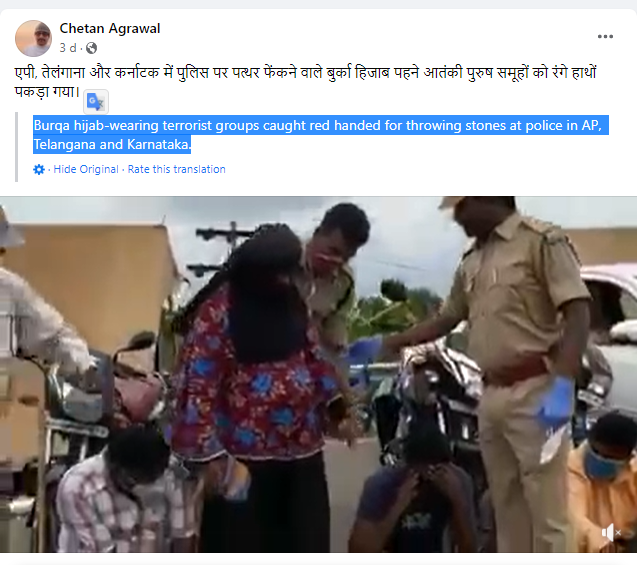 On doing a Google Reverse Image Search with one of the keyframes, we found that the same video was uploaded by ETV Andhra Pradesh on August 8, 2020, with the title that read, “Several Arrested | for Transfer Illegal Liquor with Wearing Burqa | at Kurnool Dist.” In the same video, at around 38 seconds timestamp, one can clearly see seized liquor bottles. 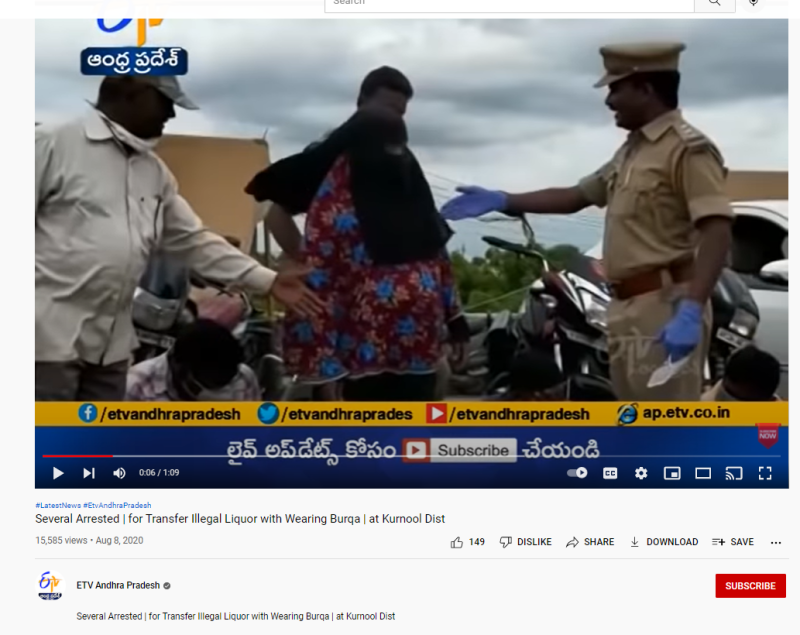 We also found that Kurnool SP Fakkeerappa Kaginelli had had also tweeted on August 16, 2020, to debunk the viral claim. He had tweeted, “Facts# The burqa clad man in this video was found carrying liquor bottles illegally across state from Telangana to Kurnool, Andhrapradesh. Caught by Excise police, was reported on 7-8-2020 in Kurnool Taluka Police station. https://youtu.be/GFmCzzjU3-k Stop spreading misinformntion.” 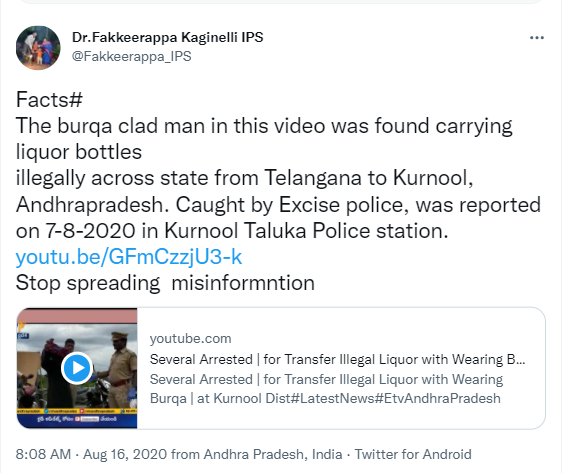 Thus, the viral video is being misleadingly linked to the Karnataka hijab controversy.