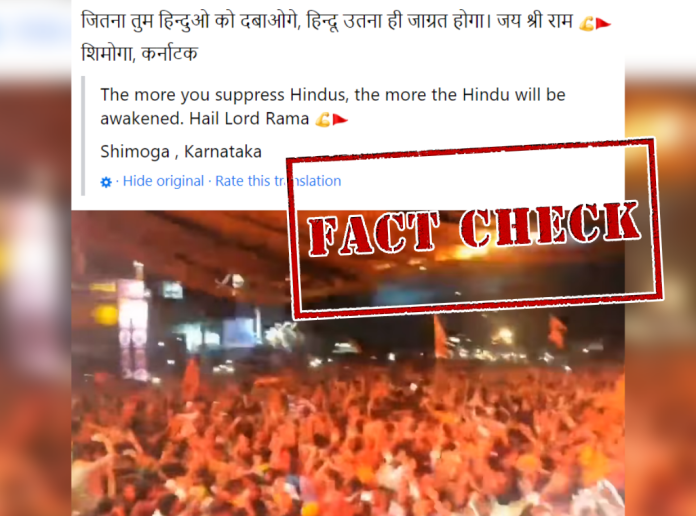 Against the backdrop of Karnataka hijab row, a video showing a large number of people dancing to tunes belted out by a DJ and waving saffron flags is being widely shared on social media claiming that this happened in Shimoga, Karnataka.

The video is being shared on Facebook with a caption in Hindi that can be roughly translated in English to, “The more you suppress Hindus, the more the Hindu will be awakened. Hail Lord Rama. Shimoga, Karnataka.” 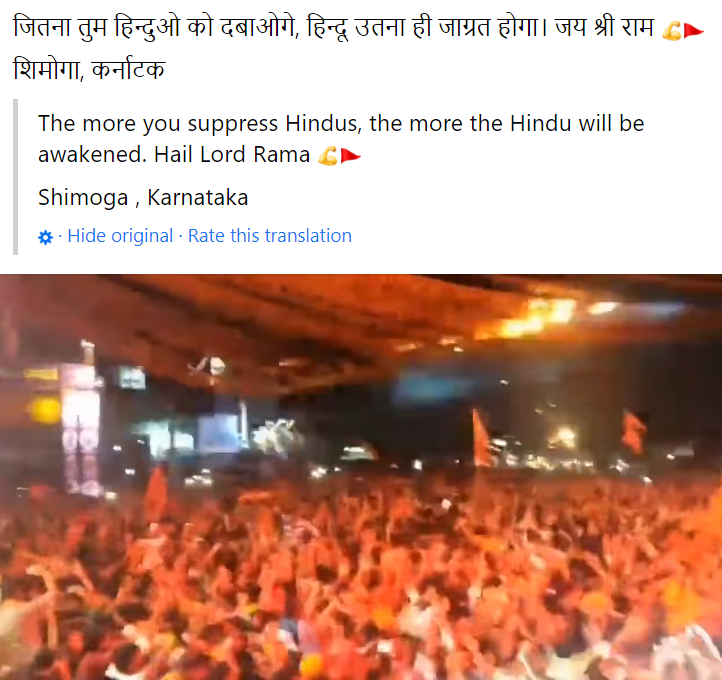 Using the InVid Tool, we extracted keyframes from the viral video and performed a Reverse Image Search. This directed us to a Facebook post dated November 21, 2020, which carried the same viral video. 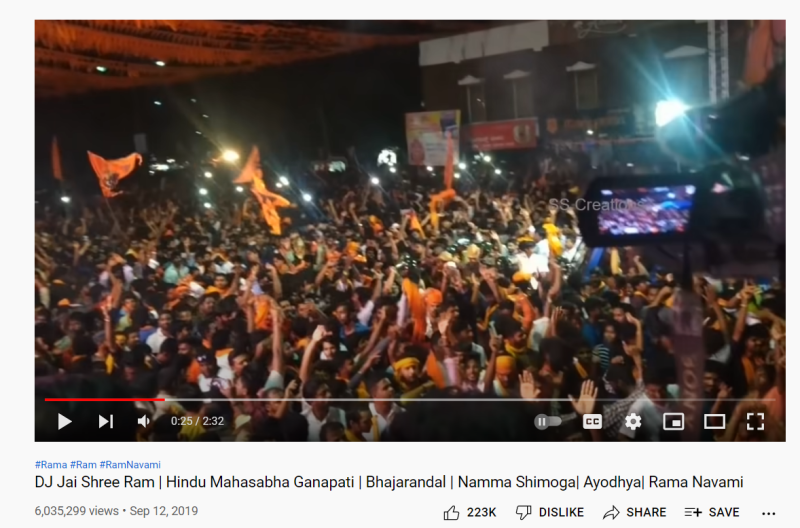 Although we could not independently verify the time and location of the viral video, it is evident from the above information that it is at least 2 years old. Therefore, the viral claim is misleading.