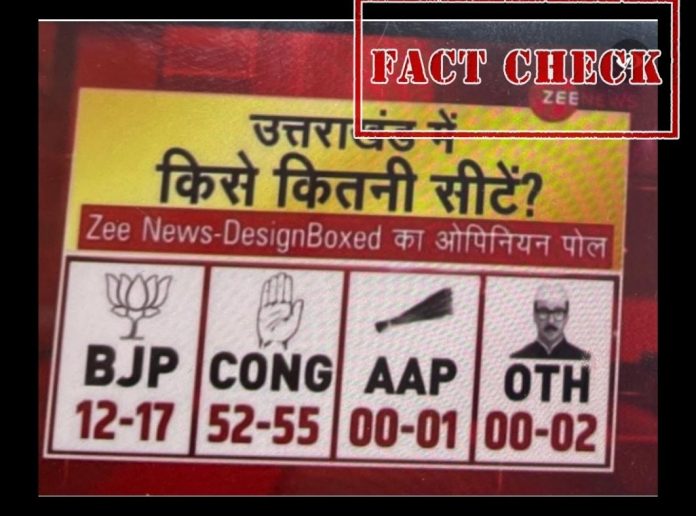 Amidst the ongoing assembly elections in seven states, a screengrab of an alleged opinion poll by Zee News has surfaced on social media platforms suggesting that Congress will win assembly elections in Uttarakhand. Elections for 70 seats in Uttarakhand were held in a single phase on February 14, 2022, and the results will be announced on March 10.

A Facebook user shared the screenshot of the Zee News opinion poll which showed 12-17 seats for BJP and 52-57 seats for Congress. As per the opinion poll, AAP might get 0-1 seats and others could get 2 seats. 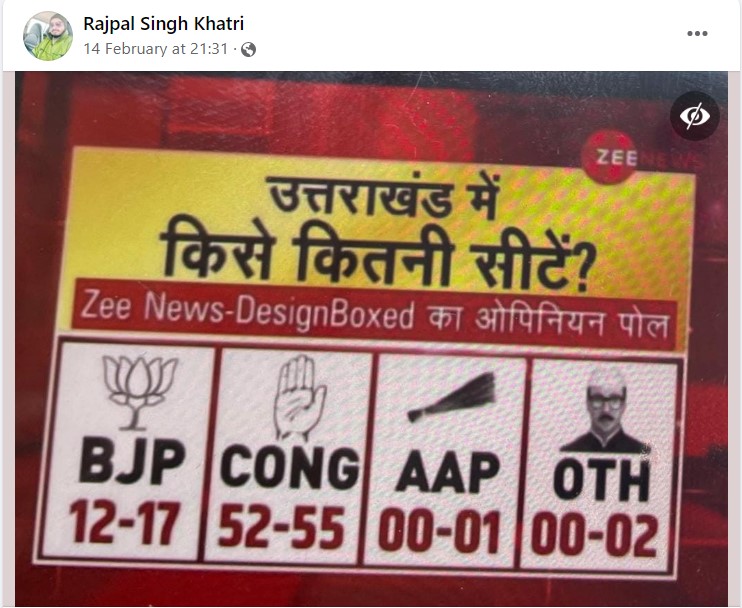 The screenshot is shared by several other users on Facebook.

NewsMobile fact-checked the viral screenshot and found it to be fake. 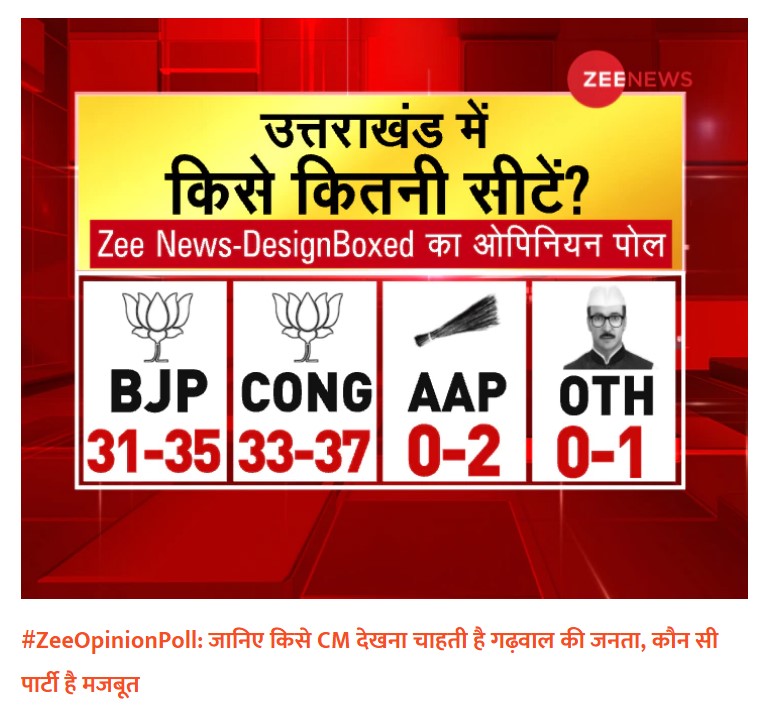 Below is the comparison: 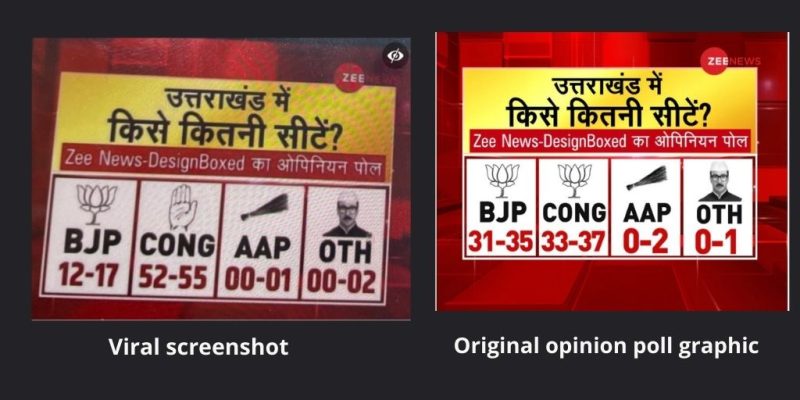 Zee News also carried the graphic in their bulletin on January 18. You can see it here.

Therefore, it can be concluded that the viral Uttarakhand opinion poll graphic is altered.