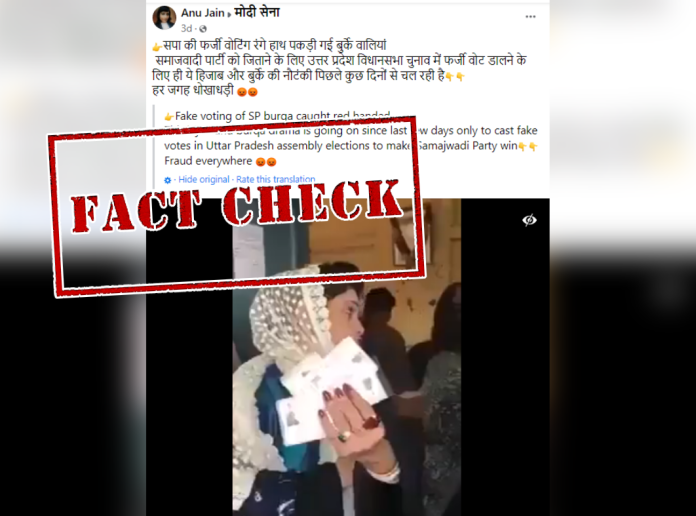 A video is being widely shared on social media claiming that burqa-clad women supporting the Samajwadi Party were caught casting fake votes in the ongoing Uttar Pradesh assembly elections.

In the viral video, a woman holding several Aadhaar Cards can be heard saying that she is a Bahujan Samaj Party (BSP) candidate and identifies herself as Shaila Khan.

The video is being shared on Facebook with a caption in Hindi that can be roughly translated in English to, “Burke walas caught red-handed fake voting of SP This gimmick of hijab and burqa is going on for the last few days only to cast fake votes in the Uttar Pradesh assembly elections to make the Samajwadi Party win. fraud everywhere.” 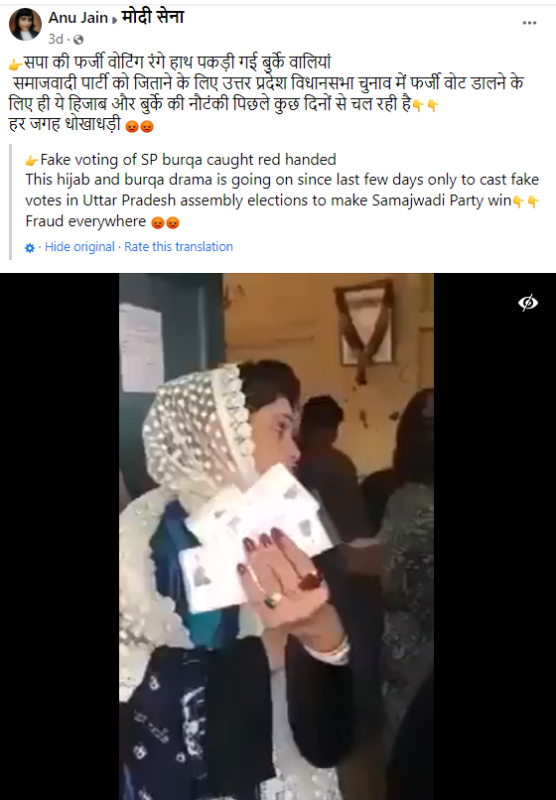 NewsMobile fact-checked the above claim and found that the video is old and not related to the ongoing polls in Uttar Pradesh.

Using the InVid Tool, we extracted keyframes from the viral video and performed a Reverse Image Search. This directed us to a Facebook post uploaded on April 11, 2019, that carried the same viral video claiming to expose voting fraud in Uttar Pradesh’s Muzaffarnagar. 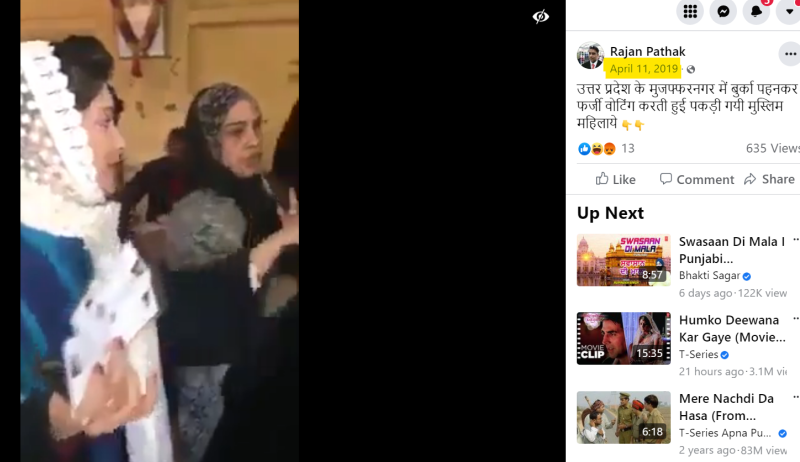 Taking a cue from this, we searched further and found the viral video uploaded on Facebook on November 28, 2017 stating, “Rampur’s BSP candidate Shaila Khan caught 4 women while casting their vote with a forged Aadhar card.” 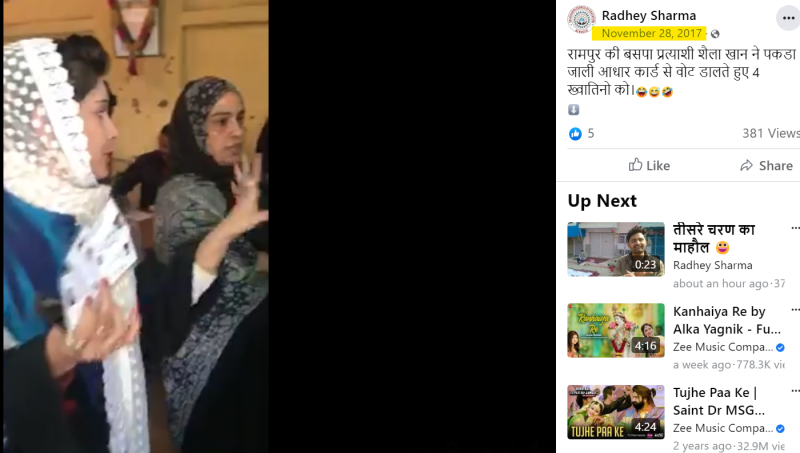 We searched more about Shaila Khan and found news reports and videos that featured Khan as the BSP candidate. We also found one interview in which she talked about the viral video and voter fraud.

Although we could not independently ascertain the date and location of the viral video, it is evident from the above information that the viral video dates back to 2017 and is not related to the ongoing Uttar Pradesh elections.