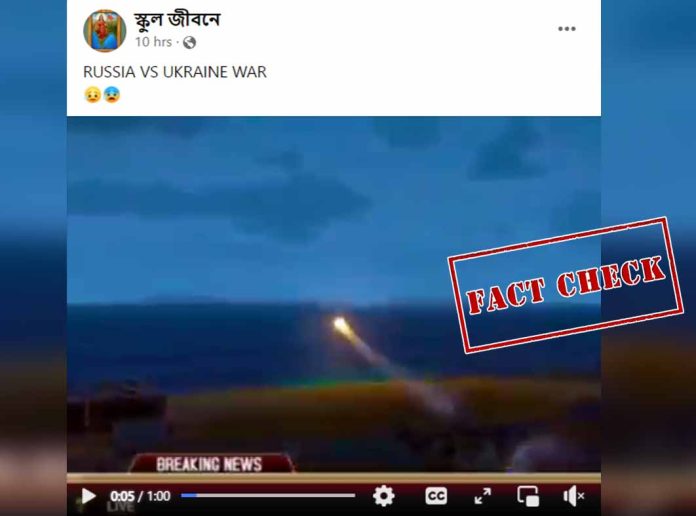 In the backdrop of rising tensions between Russia and Ukraine, a video started circulating on social media with a claim that Russia attacked Ukraine. 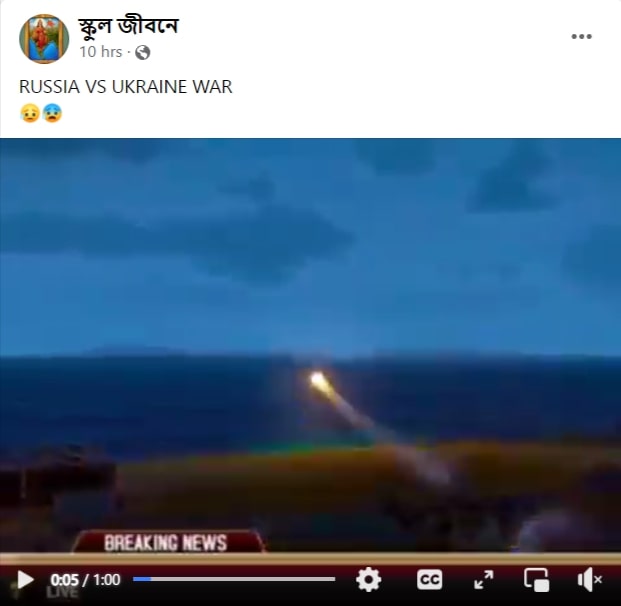 We extracted keyframes of the video using the InVid Toolkit. We then put those keyframes through Reverse Image Search and found that the clips were taken from a video uploaded on YouTube on January 1, 2021, with the caption, “ArmA 3 – A-10 Warthog vs Anti-Air Tank – Missiles and Tracers firing – GAU-8 Avenger – Simulation.”

The description of the video read: “ArmA 3 – A-10 Warthog vs Anti-Air Tank – Missiles and Tracers firing – GAU-8 Avenger – Simulation.”

Based on the description, we ran a keyword search and found that ARMA 3 is an open-world, realism-based, military tactical shooter video game developed and published by Bohemia Interactive.

We also compared both videos and found out that both are the same.

NewsMobile had also debunked the same video in October 2020 and September 2021, when the same video was shared in connection with the Armenia-Azerbaijan conflict and Afghanistan respectively.

This proves that the video in circulation is a simulation video and NOT real.